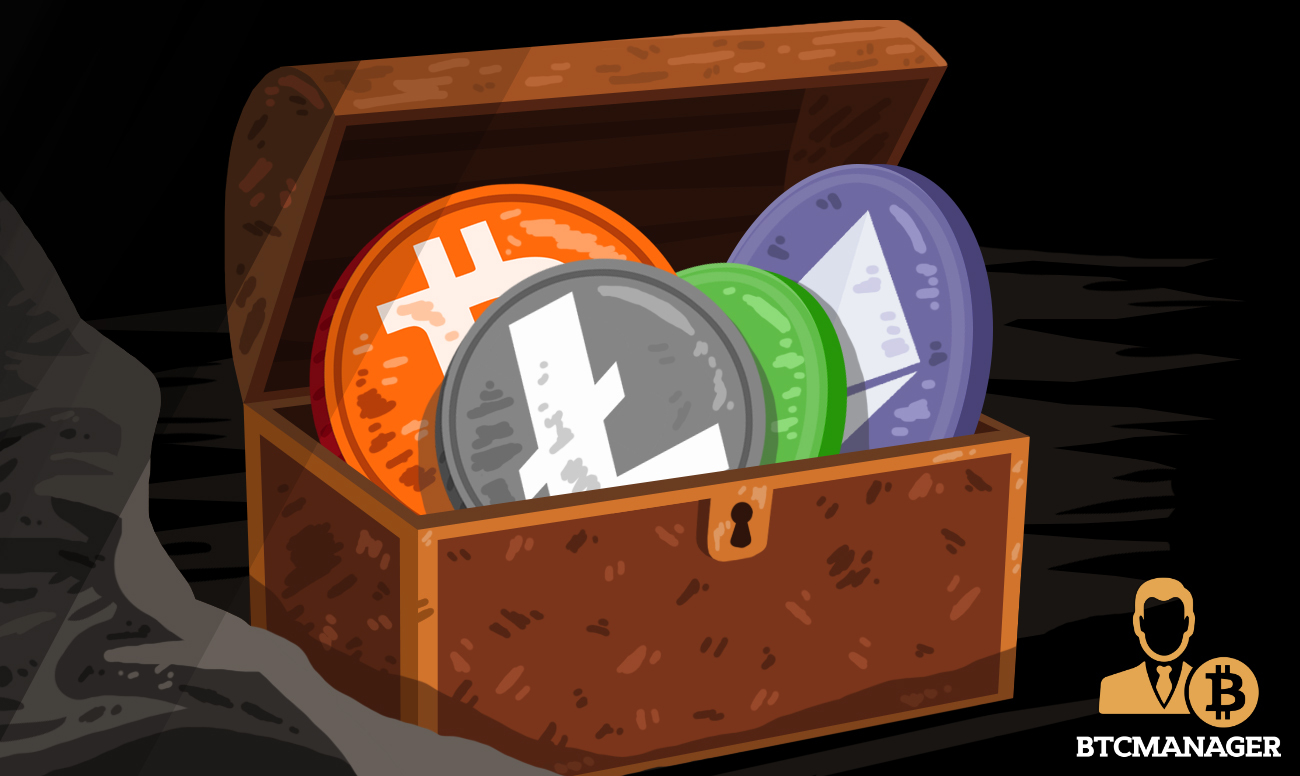 As of 2021, cryptocurrencies are now roughly 23 years old, or at least the original precursor is. In 1998, computer scientist Nick Szabo first conceived of the idea of a decentralized fully digital currency. Then, in 2005, he proposed a new financial system for this currency that relied on elements of mining and cryptography in order to achieve true decentralization. Originally, these were timestamped blocks which were kept in a title registry and generated using “proof of work” strings verifying the owner of the coin had exerted the effort to acquire it.

In 2008, Satoshi Nakamoto (who to this day remains either an anonymous person or a consortium of people) released a paper detailing what would become bitcoin in October of that year and since that time, cryptocurrencies have unleashed a genuine monetary and potentially financial revolution on the world. Below is a breakdown of the 5 most popular coins.

As mentioned, Bitcoin is the oldest and most famous coin and has, not surprisingly, the largest market capitalization (600 billion USD at January 17, 2021). January 2021 marked Bitcoin’s highest market cap to date, and growth of more than 400 billion dollars since the summer of 2020. Because of bitcoin’s success and revolutionary potential, many large organizations have begun to accept it as a form of payment in addition to regular payment methods.

Companies on this list include Microsoft, Wikipedia, AT&T, Overstock, Twitch, Virgin Galactic, a number of large U.S. Sports Franchises, NameCheap and a surprisingly large number of other companies. The events of 2020 and the prospect of a highly volatile global monetary and financial system for years to come has renewed institutional interest in cryptocurrencies, and especially Bitcoin.

Ether is the native coin of Ethereum and is the second-largest cryptocurrency based on market capitalization after Bitcoin (over $100 million USD). Ethereum is fundamentally similar to Bitcoin in many ways, but it also has some features that make it distinct and preferred by many crypto users and investors.

Ether and Ethereum were created by Vitalik Buterin, a Russian-Canadian programmer who helped co-found Ethereum in 2014 after having launched Bitcoin magazine in 2011. Ether is distinct from other cryptocurrencies in that there is no maximum number of coins you can hold, which makes it an inflationary currency. Ether also has plans to switch from the commonly applied proof-of-work mining principle to proof-of-stake.

XRP is the proprietary coin of Ripple, a blockchain-based technology that is used as a digital payment network, although it is more well-known for being a protocol than its actual cryptocurrency. XRP cannot be used to make payments online, meaning that it is a payment system and not a payment currency. XRP’s market cap as of January 2021 is over $13 billion USD. It is known for being a low-cost and fast currency that is highly useful in cross-border transactions.

Ripple is interesting because it is not mineable like Bitcoin or Ether. There is a fixed number of XRP coins that exist and that could ever possibly exist, and that value has been determined.

Tether is based on the same blockchain technology as the other crypto coins, but it is also supposed by a number of standard fiat currencies such as the JPY, the USD, the EUR and is kept in fiat currency-denominated bank accounts. Tether also differentiates itself from other cryptocurrencies like Bitcoin and Ether because of its stability. While the aforementioned coins tend to experience wild swings in value, Tether aims to bring a degree of stability to crypto markets by bridging fiat and decentralized currencies.

Because of this emphasis on stability, Tether is the predominant source of liquidity in the cryptocurrency market. Tether has, however, come under fire in recent years, once in 2017 for a massive hack that saw the exchange robbed of 31 million dollars and then again in January 2018 when it was revealed that the company, despite insisting it maintained real currency reserves, likely did not have them. The result was a subpoena by regulators.

Litecoin was one of, if not the earliest Bitcoin spinoff currencies that sought to capitalize on the success of its cryptocurrency forefather. It is a nearly identical coin to Bitcoin, but it relies on a hashing memory called Scrypt, which is more memory-intensive. It also strives to process one block every 2.5 minutes, as opposed to Bitcoin’s much longer processing time of 10 minutes, making it significantly faster at confirming trades and transactions. Litecoin has a market cap of over 9.6 billion USD as of January 2021.

There are many more cryptocurrencies on the market in addition to the above five, but the ones touched on in this article are the most noteworthy, with the biggest market caps, and the most widely traded and used. What is clear from the trading volume, recent price surges and increased legitimacy and acceptance of these currencies is that the global monetary system is likely on the verge of a revolution.