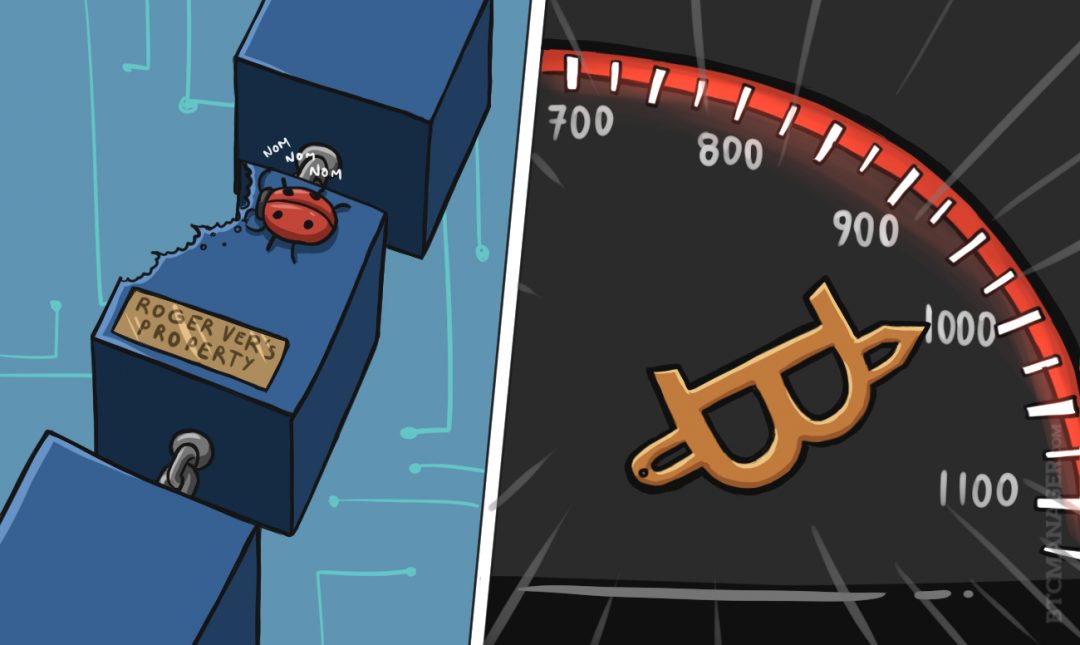 Bitcoin breaks the $1000 handle again, after a harsh reaction to the PBOC announcement of the inspection of Chinese exchanges in January. Also, Bitcoin Unlimited reaches new highs in popularity amongst Bitcoin miners despite building an invalid block and forfeiting the block reward due to a bug in a recent release.

Why Roger Ver’s Mining Pool Lost 12.5 BTC because of a Bug in Bitcoin Unlimited

Bitcoin.com’s mining pool unintentionally built an invalid block and lost the block reward, down to a bug in the newest release of the Bitcoin Unlimited client. To the disappointment of some of the alternative clients, however, Unlimited did not lose popularity with miners due to this bug; in the voting of the hash power, it even surpassed Core’s SegWit for the first time.

Bcoin: “Menace” to the Bitcoin Network?

In the context of Satoshi Nakamoto’s early warning to Gavin Andresen in 2010 on Bitcointalk against building minority versions of the Bitcoin protocol, secondary implementations were at the time dubbed “menace” to the network. “I don’t believe a second, compatible implementation of Bitcoin will ever be a good idea. So much of the design depends on all nodes getting exactly identical results in lockstep that a second implementation would be a menace to the network.” – Satoshi Nakamoto. But circumstances are different now that we are in 2017. And so is the code.

The break of the $1000 handle points to further gains for bitcoin, with key resistances above $1100. The rising value of the cryptocurrency over the past year has been bolstered by sensible regulation from China’s central bank, demand from large emerging economies such as Nigeria and India, as well as an increased public awareness of bitcoin.

The German-Austrian research project BITCRIME recommends governments to regulate Bitcoin based on transaction blacklists. The coordinator of the German subproject, legal scholar Dr. Paulina Pesch, explains why. Dr. Pesch advocates a blacklist approach, where the tainted bitcoin would be worth less, “The idea is that, as a result of blacklisting, tainted coins are worth less than clean ones.”

In a brave move against Dollar hegemony, Iran has announced its intention to dump the US Dollar, possibly opening the door for a move toward Bitcoin as a reserve currency. According to PressTV, a new common foreign currency or a basket of currencies are sought by the Iranian Central Bank to replace the US Dollar. Bitcoin is envisioned by many enthusiasts such as Chris Burniske as paving the way for a replacement of Dollar hegemony.

Ethlance: The First Job Marketplace Built on the Blockchain

On January 29, Ethlance, the first decentralized zero-fee jobs marketplace built on top of the blockchain opened its digital doors. Ethlance runs on the Ethereum blockchain, and its front-end files are distributed on the decentralized web protocol IPFS. No service fees are being charged by the platform. Only Ethereum “gas fees” are being taken off payments, in stark contrast to traditional freelance marketplaces, such as UpWork, which charge up to 20 percent of the freelancer’s payment as a fee.

Through Microsoft’s new decentralized identity initiative to give people and organizations control of their identity and related data, Tierion will partner with the tech giant to collaborate on a service that will prove the existence and integrity of data be linking it to a blockchain, announced January 30.