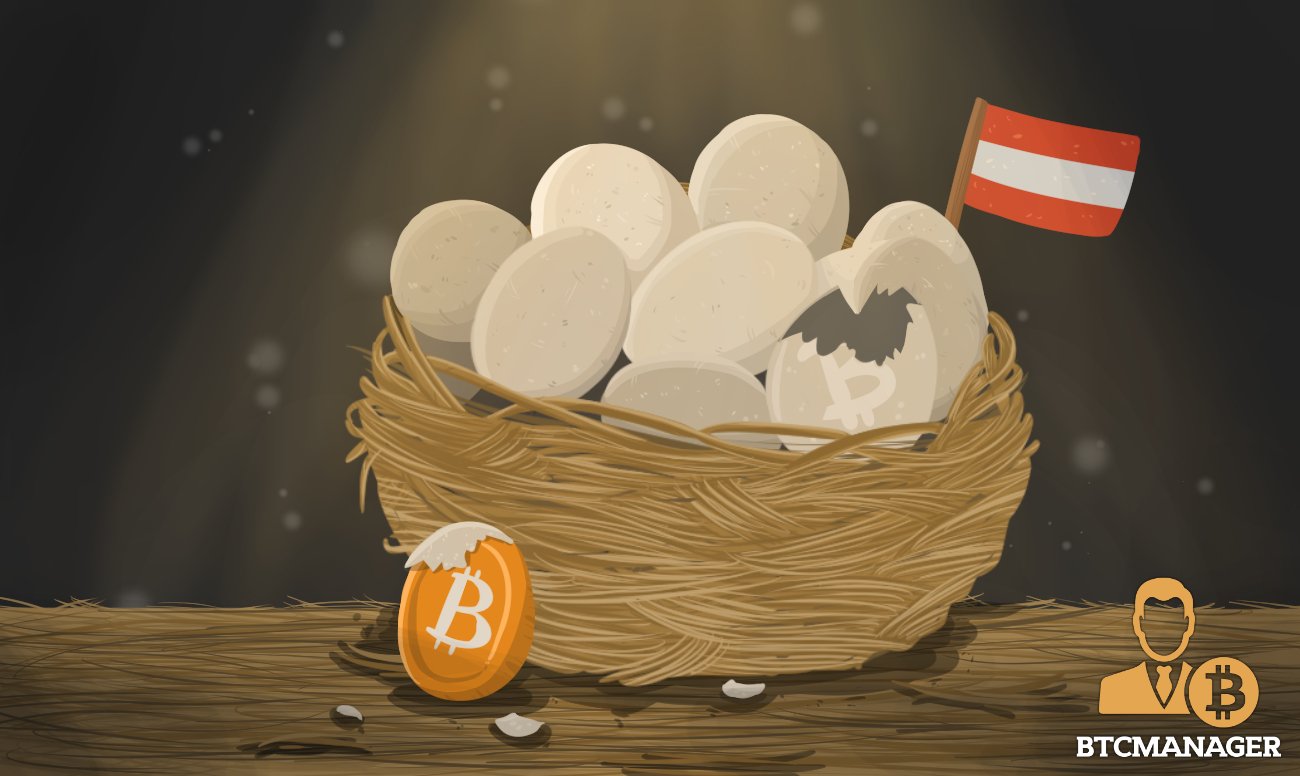 The recently published book “The Bitcoin Standard” by economist Saifedean Ammous makes the case that bitcoin is rooted in the principles of Austrian economics. This view is shared by many bitcoin maximalists who prescribe to this economic school of thought.

How Does Bitcoin Fit into Austrian Economic Principles?

While Ammous stakes his case on bitcoin’s scarcity, there are many reasons that make the cryptocurrency compliant with the Austrian school of thinking. An essential principle within this field is the notion of personal freedom. Individuals are to have control over their means of production, property rights, and to their money.

This is in line with what can be witnessed within the Bitcoin network. Max Hillebrand explains in an interview with the World Crypto Network:

“In bitcoin, I run my own full node, I keep my own keys. Therefore, I set my own rules in my money, and if I want to change those rules, then I can do it because I have full control over it. Then further I verify each and every transaction in the network if it plays by my rules. So I am also the judge in this system. But not only do I verify if they are true if they are false I ignore them, I block them. I’m pretty much judge, jury, and executioner. I am the king of my money, the sovereign of my money, and no one can take that away from me.”

Additionally, bitcoin is attractive to Austrian economists as it exists outside of the political landscape making it impervious to any attempts at centralized control. This feature was perhaps motivation for bitcoin’s pseudonymous creator Satoshi Nakamoto, especially considering the message contained in the genesis block, in which he referenced the bailout given to the banks following the economic crisis.

Noted economist Joseph T. Salerno reiterates the importance of sound money stating “We want to separate money from the political machinery. We don’t want politicians whims to determine the value of money which means that the supply of money has to be returned to control by the market.”

Some economists believe that the introduction of money outside of a state-created monopoly will lead to greater strides for the economy and society as a whole. Within the Austrian school of thought, it is believed that the free market fosters innovation at a much faster rate.

“It’s about creating a money that can actually compete with government money. Because government money is all about using violence and force to impose a monopoly. And we know that monopolies suck when they do anything. And something as important as money if its a monopoly it doesn’t just mean that you pay more and have letters delivered slower like the post office, it means it completely destroys humans ability to coordinate together and solve problems and so a result of that if you understand Austrian economics you understand that if we could ever grab a sound money it would be like a time machine that would move us forward through history more rapidly,” JW Weatherman asserts in an interview with World Crypto Network.

The Old School Versus the New School

While Ammous is one of the growing number of economists within the Austrian school who proclaim themselves to be bitcoin maximalists, there are also those who are not as optimistic about bitcoin and its viability as a replacement to government money.

For instance, while Salerno expresses support at a currency outside government control, he does raise a concern echoed by many older members of the Austrian school which is the somewhat steep learning curve associated with using and participating within the bitcoin network.

“From the point of view of this idea that we have to instruct people in the use of bitcoin. Why should anyone have to do that on the market? I mean to me, it’s the consumers that respond. They see something better, doesn’t have to be explained to them. Maybe it’s advertised a little bit, you don’t need specialists with PhDs like myself to go and explain to them,” Salerno said.

Additionally, in Austrian economics the free market is king. The market determines what becomes the best form of money based on its performance and effectiveness. As a result, some believe that the push for bitcoin to become money violates the concept of the free market. “The one thing that troubles me about bitcoin is that no one had to campaign for gold to be money. We didn’t have a gold movement. Why campaign for bitcoin, why not just let it win out in the marketplace? That makes me just slightly suspicious of how viable it will be. It seems to be viable now; it’s a good means of payment. I don’t think it’s quite a medium of exchange yet, but I am willing to learn,” Salerno adds.

In the original principles outlined by Carl Menger, Ludwig von Mises, Murray Rothbard, and F.A. Hayek, money was defined to be a tangible object. Naturally, this does not apply to bitcoin and is another reason why some within the Austrian school are opposed to the notion that bitcoin is money. Michael Goldstein explains the dissonance by saying:

“The mistake there is also once again assuming that a commodity must be a physical, tangible good. And the only reason is because up until bitcoin there did not even exist the concept of a scarce digital good. So it made sense up until 2009 you could not have a digital commodity, but today we do have at least one viable digital commodity, and it also happens to be very useful for the purposes of money. I don’t think they were even wrong they just lived in a time where this type of good had no technological basis for existing, and we had to adapt to that.”

Many older Austrian economists make a case for gold as the best form of money, while the younger generation is more likely to swing towards bitcoin. Goldstein believes this is a result of the technological know-how available to them, as well as a willingness to be open-minded with regards to the principles outlined in the original works and how they would manifest in a more technologically advanced world.

“Bitcoin really forces an Austrian to take seriously the fact that a lot of these economic concepts are very psychological and subjective, as you learn from Mises. With Gold, Austrians are less forced to have to take that seriously and confront it head on, but when you get into bitcoin, and suddenly you have this working money that people are actually using, whether to pay for some things or purely for speculative purposes or for savings, they are using it.”

While there are bitcoin opponents within the Austrian school, there is still a place for blockchain-based solutions to government-controlled money. Hillebrand explains: “They understand the value of anarchy in money, on competition in money. That we now have different private monies that we can choose on the free market. But unfortunately, most of them, if they want to use cryptocurrencies, it’s more blockchain but not bitcoin.”

Additionally, some believe a blockchain-based gold registry may be the answer to creating sound money. However, this is a contentious point as it may still be possible for the state to exert control over a system like this. “Many Austrians also believe that a token-backed gold safe will be the next big thing. So that you put your gold in a vault and then issue a token that you can trade, but I argue that it has the exact same problems as any other safe that has gold in it. It issues paper receipts which is a central point of failure. And the government can come in, kick in the doors and take away the gold,” Hillebrand adds.

What most within the Austrian school can agree on is that the free market will eventually determine the best form of money, especially if there is a conducive, government interference-free environment. Salerno concludes, “I’m all in favor of having bitcoin there. If it wins, it wins. But Bitcoin is not a unit of account yet in the sense that people are actually universally pricing their goods in bitcoin. If that comes to pass, all the more power to bitcoin. Let’s see it play out, but in the meantime, we have to keep ideological pressure on the state.”