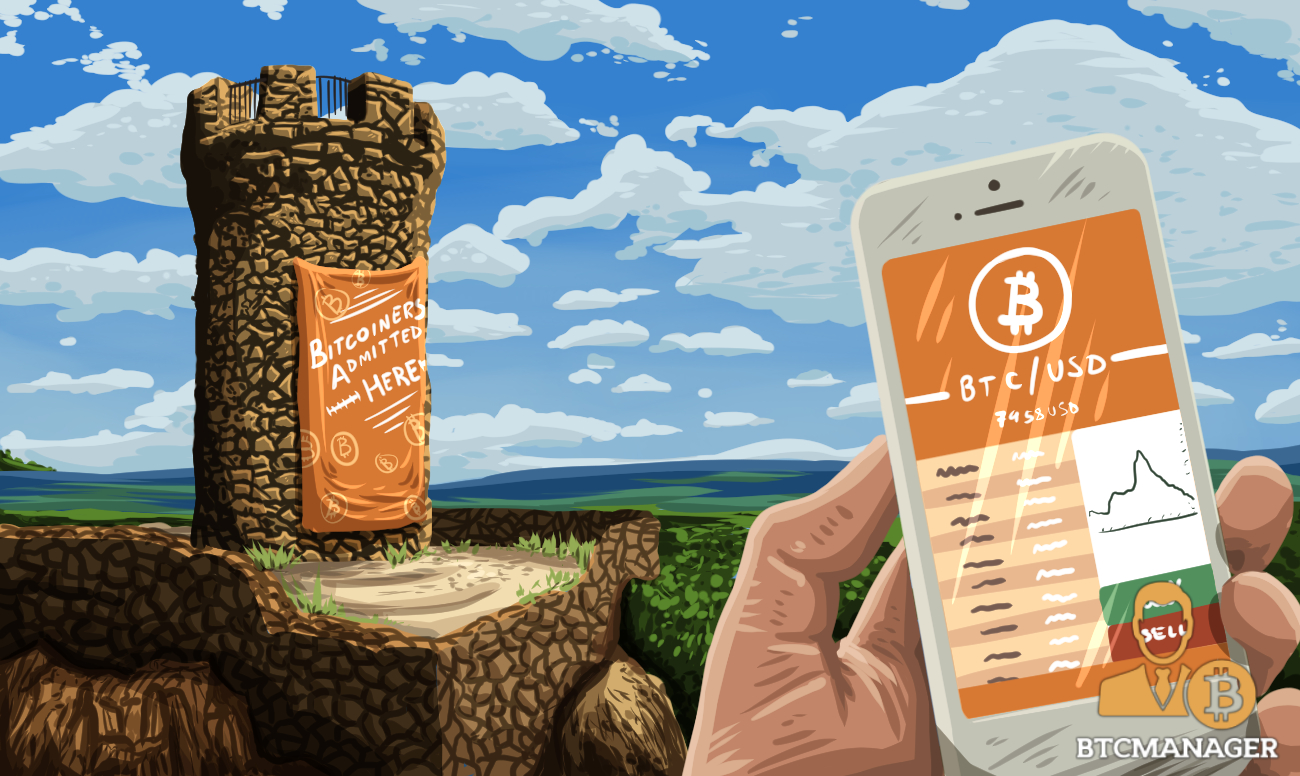 On September 7, 2018, a “Bitcoin Castle” was engulfed in a blaze. Bright orange flames shot out of the roof of the 600-year-old Grand Manor Malla silhouetted against the twilight of the Estonian sky. Sirens from fire trucks and ambulances rang in the background, but when all was said and done, the manor was no more.

A Space for the Future

Margaryta Ievdokymova, a blockchain entrepreneur who was at the castle, first witnessed the flames. “I saw the roof catch fire and heard sirens in the background.”

She told BTCManager “the whole country came together for us. Fire, police, and ambulances came from all over with more coming every five minutes.” Fortunately, the ambulances were unnecessary as no one was hurt in the blaze. “The authorities were fantastic, and they responded in no time,” said Ievdokymova.

Though the cause of the fire is currently unknown, it is believed that conflagration had to do with the historical reconstruction of the antique Estonian mansion which had recently begun after completing a long-awaited approval process.

Michael Dupree Jr., of Denver Bitcoin Center and a frequent guest to the manor, was at the Bitcoin Castle Malla during the fire. He said, “It’s sad to see this part of Bitcoin history go down. But it accomplished its mission. Now, many bitcoiners have castles all over the world.”

Dupree was an early adopter of cryptocurrencies, and he used them as a launching pad to begin his worldwide network of Bitcoin ATMs. While he seemed to be in shock over the destruction of the cryptocurrency icon, he was more interested in what the space represented and the approach of this new era in digital currencies.

“Bitcoin and cryptocurrencies grew up really fast. Some people got out of the market as soon as the price went up and some people stayed a part of the community.”

Dupree went on to say that the Bitcoin Castle was a Mecca for like-minded fintech entrepreneurs who found a home at this shared space in Estonia. The opulent mansion was more than just a beautiful building; it was a crossroads for the new global network of digital currencies.

The mansion, located in North Eastern Estonia near the Baltic Sea, started construction in 1400. Finnish investor Risto Pietilä purchased the structure in 2013 for around €1 million. At the time it was the biggest transaction ever completed in virtual currencies.

The prospective investor saw the mansion as an embassy for introducing the world to cryptocurrencies and a nexus for thought leaders to exchange ideas about the developing digital economy. 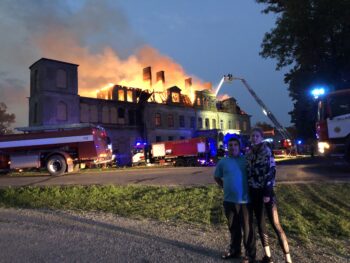 Dupree and Ievdokymova in front of Malla Manor.

Pietilä was not in the country at the time of the fire, but he looked back fondly on hosting well-known bitcoin aficionados and their families at the estate. He said, “seeing videos of the event yesterday, I am in shock that all the songs sung and cups emptied in the castle, will forever remain in memories only.” While sad about the closing of this chapter, he too expressed gratitude for the time he had with like-minded people in this Estonian manor.

The castle, like cryptocurrencies themselves, attracted people from all walks of life. However, all were united by their unifying cause of dethroning the entrenched systems of wealth, governance, and control. In an ironic historical re-write, the castle stood as a monument to decentralization of power and wealth.

A Time Gone by

While the exact cause of the blaze remains unknown, it is clear that the so-called Bitcoin Castle represented a unique time in the history of cryptocurrencies which may be passing more quickly than expected. 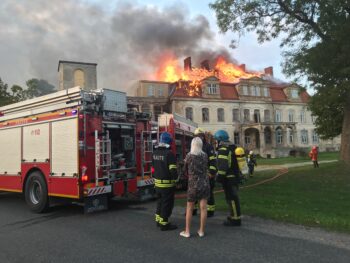 The 2017 surge in market capitalization of cryptocurrencies, along with the subsequent explosion of initial coin offerings (ICOs) introduced the global economy to the power of blockchain-based digital currencies. Now, as another round of regulation and legislative framework looms, it appears that the wild west days of crypto may be representative of a time gone by. Traditional financial enterprises are beginning to see the value in the financial technology while they move in to capitalize on the emerging space.

As a final thought, Michael Dupree Jr. stated, “It’s sad to see this part of Bitcoin history end, but it marks the beginning of a great new era.” He closed by wondering what the next “Bitcoin Castle” would look like.