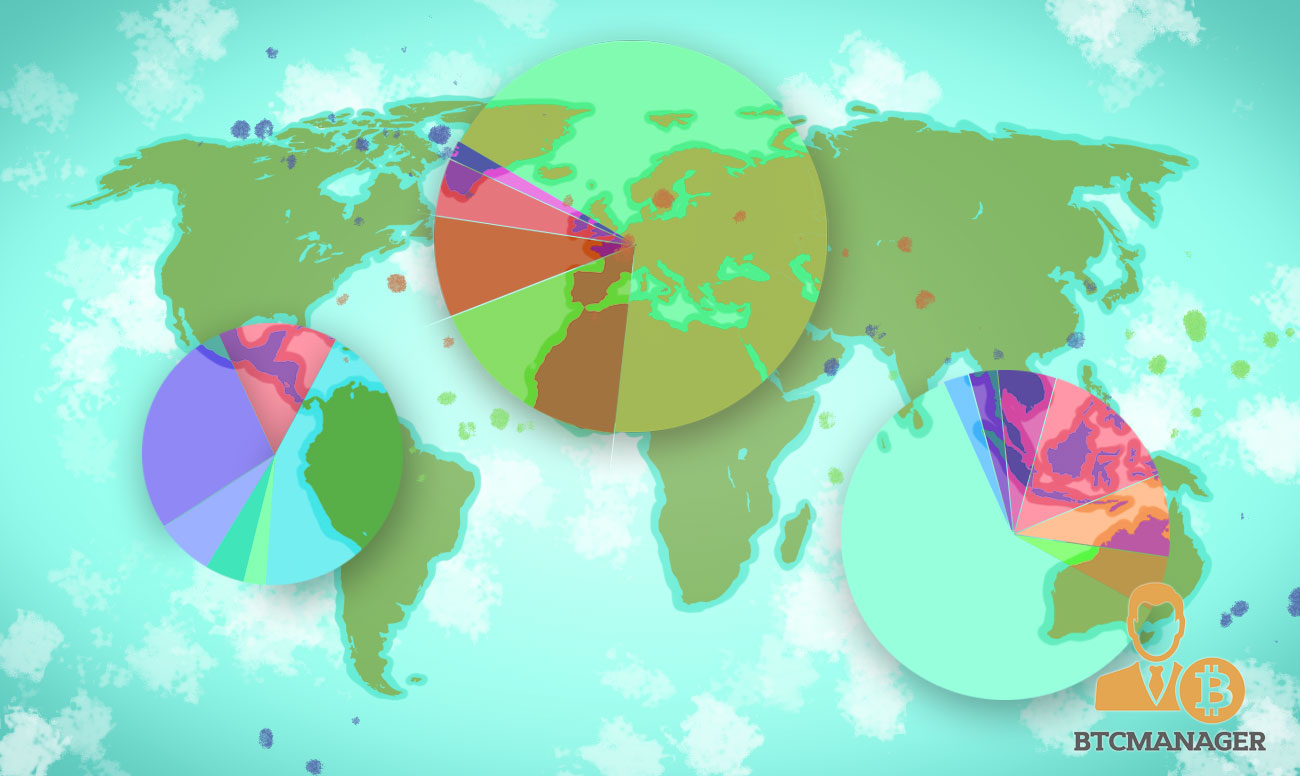 The Most Popular Type of Cryptocurrency Fund

While the majority of cryptocurrency and blockchain investment funds are hedge funds, there is also a large number that operate as venture capital and private equity funds. The venture capital firms are quickly venturing into the blockchain sector with some even offering blockchain-exclusive branches. 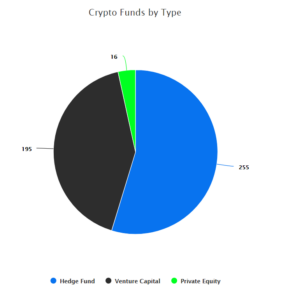 2017: A Breakout Year for Cryptocurrency Funds 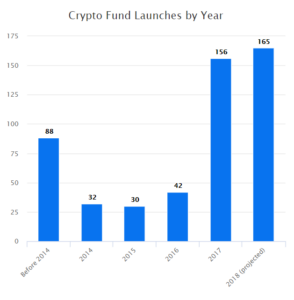 Majority of Cryptocurrency Investment Funds Are Less Than $10 Million

Although the number of cryptocurrency funds has increased, over fifty percent of cryptocurrency funds under management are tiny and have less than $10 million in assets under management (AUM). There are, however, a few funds who cross the $100 threshold including Polychain Capital, Galaxy Digital, MetaStable Capital, Arrington XRP, and the Logos Fund.

Digital assets should, however, increase in size in 2018 due to the increasing public awareness and appreciation of digital assets. Cryptocurrency funds are also relatively small when combined; the combination of all cryptocurrency funds is currently less than ten percent compared to traditional hedge fund managers.

When it comes to AUM, Cryptofundreserach noted that the overall trajectory of the industry is healthy and growth is rapid. The launch of new cryptocurrency funds and a greater appreciation for digital currencies has also helped boost the cryptocurrency industry’s value and market capitalization. These two factors were highly prevalent in the later months of 2017 when bitcoin’s price increased to almost $20,000 in value. As cryptocurrency prices declined, the number of total cryptocurrency assets contracted, especially as prices plummeted at the beginning of 2018.

Although the number of cryptocurrency and blockchain funds are growing, these firms are less than five members of staff. Others have a founding team with one or two additional employees, with a vast majority employing around four to ten employees.

The greater portion of crypto-specific investment firms is currently located in the United States. There are a certain number of funds also located in the United Kingdom, Singapore, Germany, Canada, China, and Singapore. When it comes to favorite cities for cryptocurrency funds, these cities are ones with a dominant and global venture capital presence.

Examples include New York, London, Singapore, Hong Kong, Zurich, and Chicago. Regarding the U.S., California has the highest number of cryptocurrency funds compared to other states. There within, there is a concentration in San Francisco and Silicon Valley. A vast majority of American cryptocurrency funds are however not registered with the SEC.