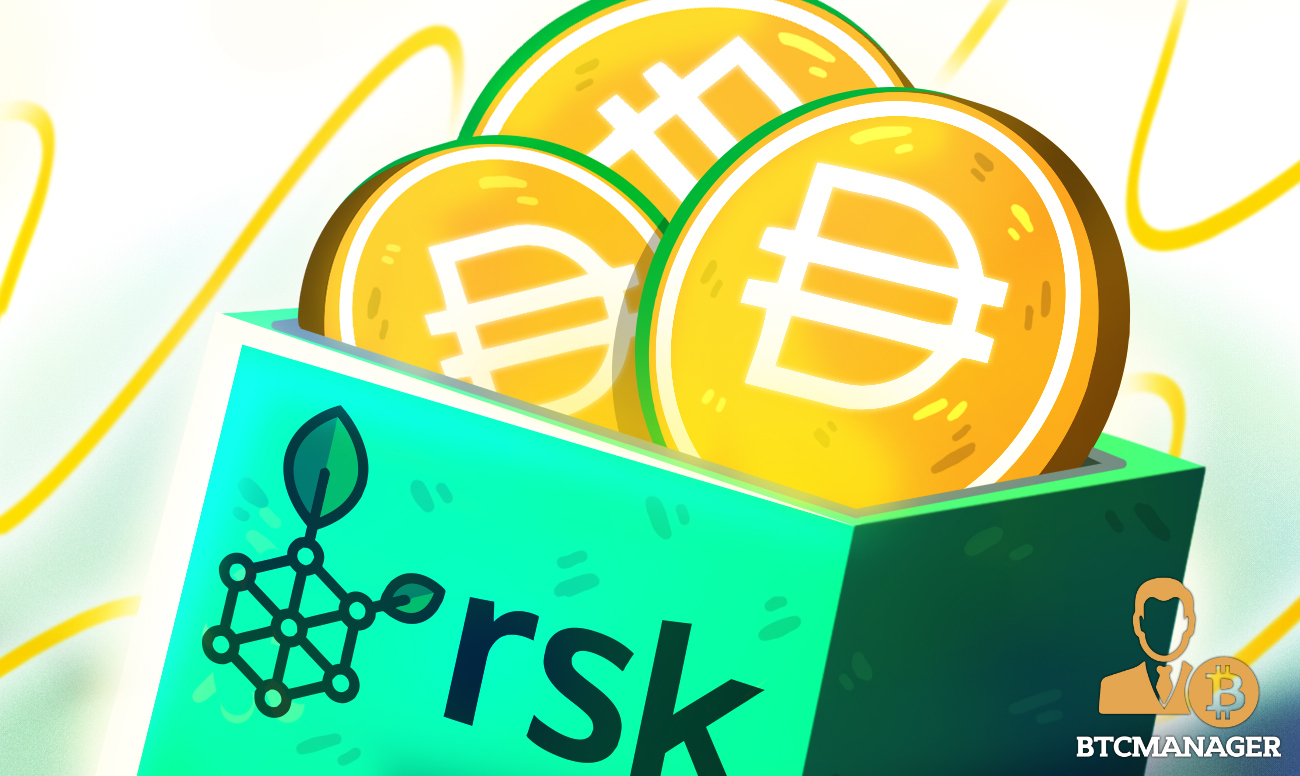 The most popular decentralized stablecoin Dai (DAI) is now live on RSK network.

Since the famed DeFi “summer of 2020” a major pain point on the Ethereum network has hindered small and retail investors from enjoying the benefits of DeFi – the exorbitant transaction fees.

The high transaction fees on Ethereum has been a major reason for the rise of competing smart contract platforms such as Binance Smart Chain that offer transactions at a fraction of Ethereum network’s cost. However, these alternatives have one major caveat, i.e., they are relatively more centralized.

Seeing the above mentioned problems facing the cryptocurrency industry, Bitcoin-powered smart contract platform RSK has now launched rDAI which is equivalent to the famed stablecoin called DAI. This facilitates transacting with DAI in a highly cost-effective way: almost 100x cheaper.

Although it is powered by Bitcoin, RSK network is also EVM (Ethereum Virtual Machine) compatible which means it essentially works in the same capacity as the Ethereum network but with much lower transaction fees. At the time of writing, a transaction on RSK costs less than 15 cents which is, on average, about 80x cheaper than the fees one had to pay on Ethereum.

In fact, one of the reasons why several promising DeFi projects are flocking to RSK is its cheaper transaction fees. Further, the fact that more than 70 percent of Bitcoin miners also mine RSK blocks speaks volumes about the trust the Bitcoin-enabled smart contract platform enjoys in the crypto community.

If you were having second thoughts about using Ethereum tokens on RSK, worry not. Thanks to the ETH-RSK bridge, users can seamlessly move ERC-20 tokens between the two chains. To learn more about the ETH-RSK bridge, check out the detailed guide here.

However, if you do not have the bandwidth to go through the detailed guide, the easiest way to move tokens from Ethereum to RSK is by connecting the token bridge dApp via Wallet Connect with Defiant wallet which supports both blockchains.

To do this, simply scan the QR code shown in the website and begin swapping the tokens in the dApp. Next, just sign the incoming transaction on your phone and you are done. After a few seconds, you should see the RSK tokens in your wallet.

Sure, token bridges are nothing new and they involve a one-time onboarding cost that might scare retail investors from moving their tokens across different networks. At current prices, moving $1000 worth of DAI from Ethereum to RSK would involve about $60 just in transaction fees. However, it must also be noted that such cost is a one-time affair and if a user plans to move around rDAI more than 4 times on RSK, it’s economically better to convert DAI into rDAI as from the 5th transaction onwards, users would be saving around $15.

Even still, if the token bridge cost sounds a little too much for you, there is another roundabout. Using Defiant, a user can perform a similar swap without the need for the token bridge. Thanks to a partnership with Kripton Market, Defiant enables users to swap many pairs of tokens from their own wallets similar to the option of buying and selling crypto with/for fiat via Kripton Market. The market has a pair of DAI <> rDAI which can be tapped to buy rDAI at minimal cost.

So let’s assume you want to swap 1000 DAI for rDAI, use them for several operations and get your DAI back. Costs are as follows:

In this case, we have a fixed cost of 50 USD, instead of the 64.50 USD of the Token Bridge. In addition to being economically feasible, there are numerous other benefits for swapping tokens using Defiant such as no need to wait for 24 hours for token movement via bridge, no need to connect two different networks and using the same wallet where the user has their funds.

While the above example deals with the DAI <> rDAI swap, it is worthy of note that Defiant allows users to change among different pairs such as USDT <> rUSDT, DOC <> rDOC, and others. There is also the BTC <> rBTC trading pair available. At present, the service is available to users in Argentina, Uruguay & Venezuela with plans to expand the offering to other countries soon.