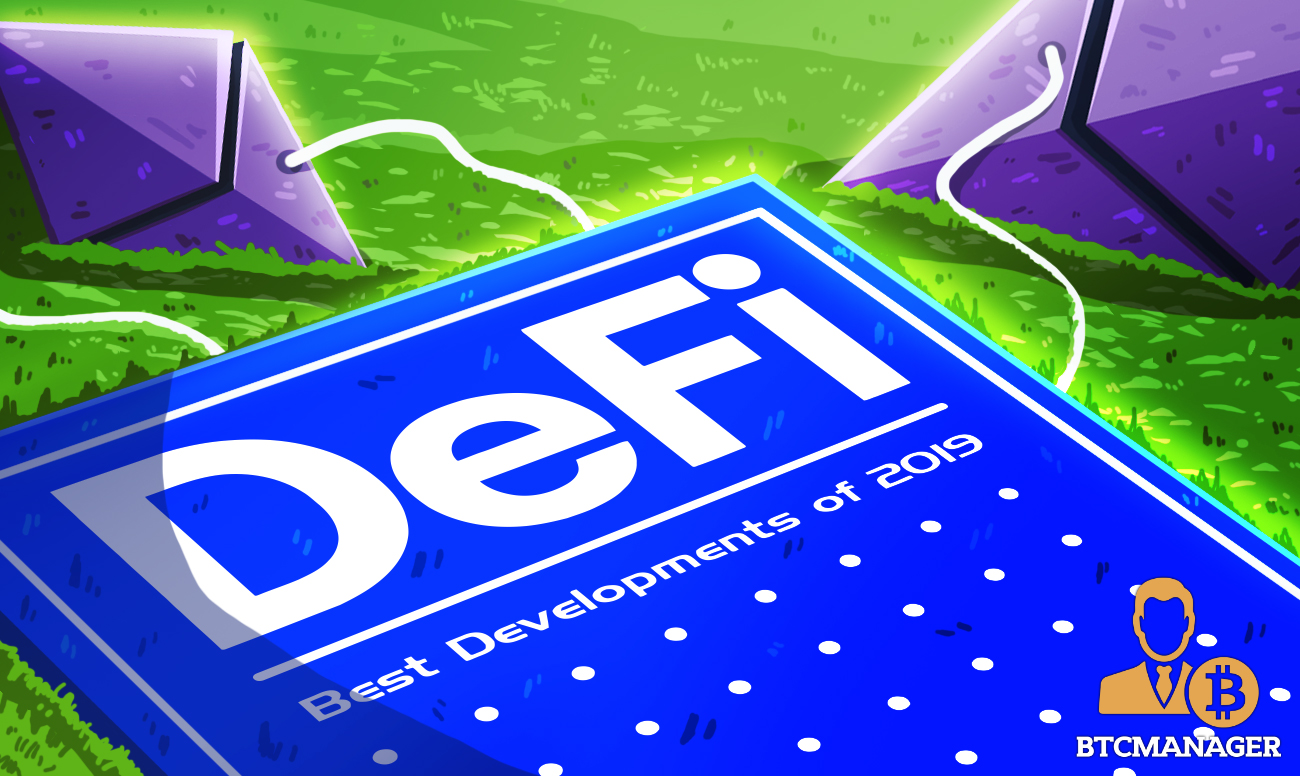 Money On Chain is creating a protocol that allows the creation of a bitcoin-collateralized stablecoin as well as DeFi products based on bitcoin. Their infrastructure is developed using Bitcoin’s sidechain rootstock (RSK).

The history of blockchain can be categorized according to the prevailing trends during certain periods of time. Although in general Bitcoin represents the market reference point, with the advent of the altcoins, in particular of Ethereum, the focus has shifted to this category of digital assets that offer more flexibility in terms of development.

Ethereum was launched in 2015 and started the craze of initial coin offering (ICO) that dominated the market in 2017. At the end of 2019, we can say with certainty that the decentralized finance (DeFi) movement was by far the most impactful trend within the crypto and blockchain ecosystem.

DeFi – or Open Finance – refers to the paradigm shift from today’s closed financial system towards an open financial economy based on open protocols that are interoperable, programmable, and composable.

The goal is to make the current financial system fairer by leveraging open source technology. In this way, the typical operations that characterize an economic system would become simpler and faster. An open financial system must, therefore, allow borrowers and lenders to transfer capital, exchange and trade with the necessary liquidity, give individuals and investors the means to move, save, formulate, and allocate capital while also providing regulatory protections.

In this sense, the first services to be developed were those of credits and loans, as an efficient market needs borrowers and lenders. MakerDAO was the first protocol to create a system where users could use their ethers as collateral to borrow DAI, a decentralized stablecoin. Together with Maker, one of the successful open-source protocols is Compound, designed to allow developers to create transparent and autonomous monetary markets, allowing users and applications to obtain loans or earnings without relying on any counterparty.

A similar product to Compound was Dharma, an Ethereum-based peer-to-peer lending platform. However, after a few months of slowing growth, Dharma decided to pause its services and started offering borrowing and lending at fixed interest rates using Compound’s liquidity pool.

Being open-source protocols and developed on Ethereum these protocols can be used in combination to create a real decentralized economic system. In addition to the aforementioned protocols, decentralized finance offers exchanges and new methods of capital allocation like staking.

DeFi is coming to Bitcoin

Decentralized finance is rapidly evolving, however, the development of these protocols is taking place entirely on Ethereum. Although some think that Ethereum will become the leading platform for building a decentralized financial system, some developers are trying to replicate this movement on Bitcoin.

Money On Chain, has just launched the Alpha version of its decentralized stablecoin protocol on the RSK network. Rootstock (RSK) is a smart contract platform that is connected to the Bitcoin blockchain through sidechain technology. In short, the Rootstock chain is connected to the Bitcoin blockchain via a 2-way peg. RSK uses Smart Bitcoins or RBTC to fuel its internal ecosystem. The users lock up their BTC and get an equivalent amount of RBTC on the sidechain. RBTC can be used to deploy or to interact with smart contracts and dApps on Rootstock’s blockchain.

As a result, Money on Chain has developed different types of tokens backed by bitcoin that provide different services for Bitcoin holders. On the one hand, there will be a Dollar on Chain, or DOC, which remains pegged to the US Dollar at all times. On the other side, we have BPRO. It is a new token for those who seek passive income in Bitcoin and are risk-inclined. Finally, we have the MOC token.  Here’s a brief description of the purpose of each token:

1 – The Dollar on Chain (DOC) is a stable token that will be pegged to the US dollar with a value of USD 1 per DOC. This makes it ideal for individuals who are averse to the risk of Bitcoin and seek stability in the volatile cryptocurrency environment.

2 – BPRO is a token for Bitcoin holders that will absorb the unwanted Bitcoin risk from the DOC. It will pass part of this on to the leveraged Bitcoin operations exchange, earning BPRO holders a passive income, while also keeping some free leverage.

3 – The MOC token will have three functions:

There will be also a decentralized token exchange (TEX), that will trade any tokens on the RSK Blockchain.

The Money on Chain ecosystem

The goal of Money on Chain is to create a version of Ethereum’s decentralized finance ecosystem on Bitcoin. Using multiple tokens may remind the structure of MakerDAO as DoC and MoC perform functions very similar to those of DAI and MKR respectively.

At the moment, the company has not yet released any information about who actually holds these governance tokens. However, Money on Chain co-founder Max Cajurzaa has specified that soon additional information will be released regarding the token sale planned for 2020.

The solution developed by Money on Chain is the first large-scale use of RSK technology in the Bitcoin ecosystem and it differs from the alternatives present in ethereum both from the security point of view – which is provided by Bitcoin miners – and from the economic one. In fact, unlike MakerDAO where users block a certain amount of collateral with the expectation of resuming the same amount, in RSK, users can recover as much bitcoin back as their tokens can purchase. Since the tokens are exchangeable within the RSK ecosystem, if a user runs good trades he can recover even more bitcoins than initially deposited.

The project has been developed mainly for Latin American countries to promote the financial integration of those people who cannot currently favor traditional financial services. Simply put, it can promote financial inclusion through Blockchain technology. Being a computer protocol, the project can be used by anyone on the globe, however, at the moment, the project is not available in some countries including United States, India, China and Egypt due to compliance issues.