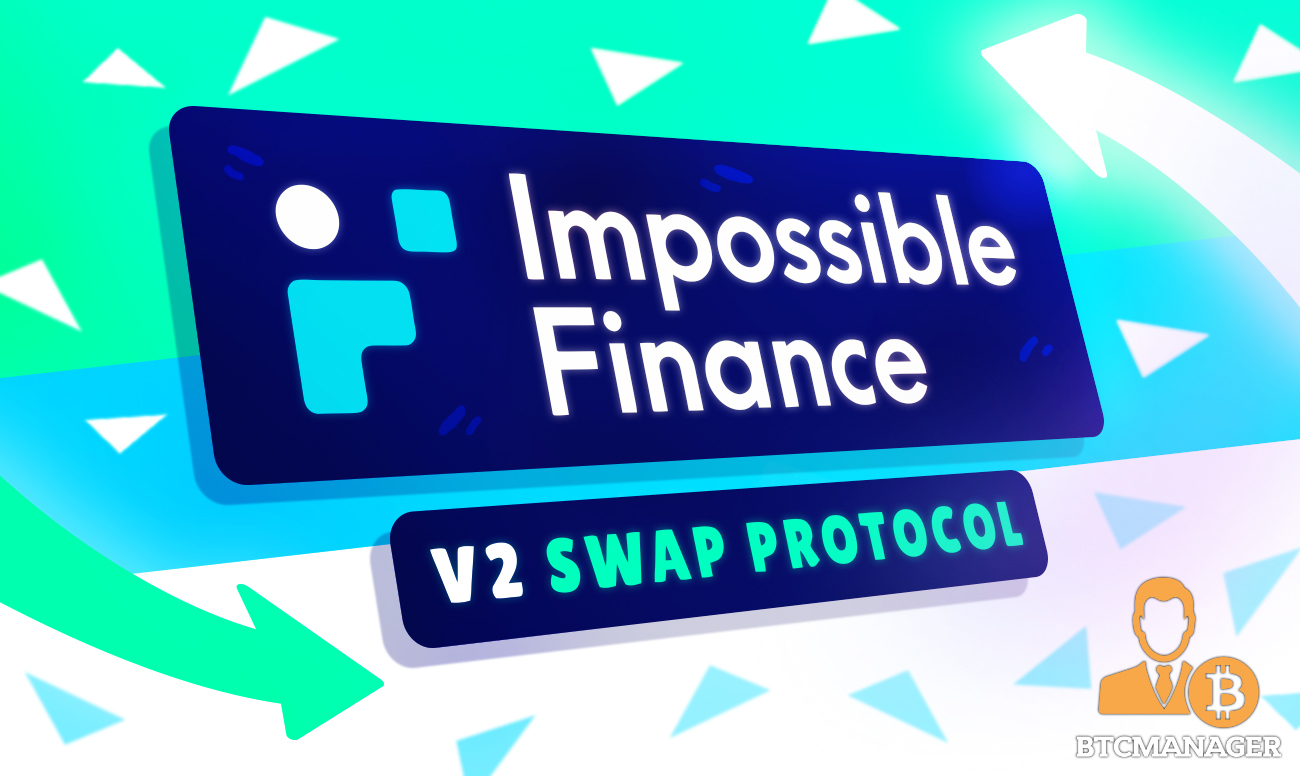 The V2 swap design developed by blockchain startup Impossible Finance is making its debut in the middle of a bull run for the decentralized finance space. We expect the market to be eager for this new version of the AMM protocol, and the time of the launch is seemingly fortuitous as the demand for DeFi applications is booming.

Impossible Finance promises advanced features and opportunities for yield generation. Among many improvements, the firm is emphasizing a novel bonding curve that they term “xybk invariant,” whereas b = boost, a tunable value during protocol operation. Essentially, what this invariant achieves is artificial inflation of Total Value Locked (TVL) in pools by a multiplier of boost times.

V2 stablecoin pairs are particularly efficient thanks to a new feature called ‘asymmetrical tuning,’ which provides different capital efficiencies for each side of the invariant curve. This particular feature could be extremely valuable because the maximum capital efficiency will be up to 4000x, according to Impossible Finance.

The impact of new upgrades could raise the number of liquidity providers joining the network. With increasing liquidity, slippage will continue to drop, and traders would receive better prices during trading.

Some of the vital features mentioned in their blog also included audits from AtticLab and Zokyo proving the security of swaps, q yieldfarm for LPs of IF-BUSD and IF-WBNB pools, as well as a $94K bug bounty program for white hats through Immunefi.

The domino effect of more choice and flexibility may trigger lower transaction fees, which have been a major problem for crypto users. With implementation of the xybk invariant, IF said its protocol now provides swaps as efficient as “curve.finance based swaps + cheaper than uniswap v3 based swaps.”

The launch of IF’s V2 swap design comes at a time when many protocols are releasing upgrades of their own with Automated Market Maker or the AMM model continuing to gain massive traction.

Whether these upgrades resonate with the market, there is no doubt that offerings like Impossible Finance will continue to grow as users get acquainted with protocols managing passive liquidity pools.

Impossible Finance has finalized earlier in June a $ 7 million funding round backed by more than 125 institutional and angel investors. The seed funding round was co-led by quantitative investment firm Alameda Research, VC firm True Ventures, Hashed, and CMS Holdings.

The new funding will go towards developing a multi-chain ecosystem for Impossible Finance, which is built on the Binance Smart Chain (BSC) but has plans to expand onto Ethereum and Polygon.

Beyond offering the usual swapping service, the ability to stake on the network, Impossible Finance is also set to become an incubator and launchpad for DeFi projects.