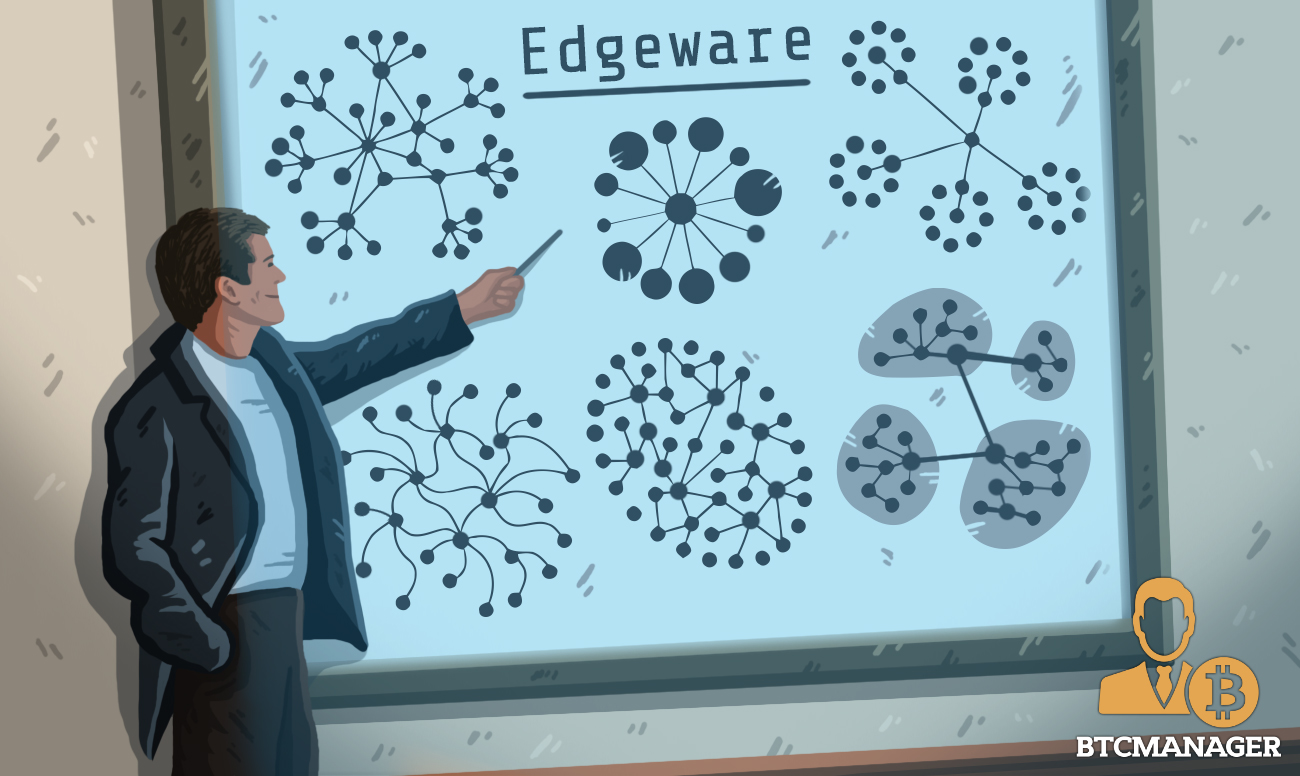 Over the past 12 months, there has been an explosion in the number of blockchain protocols being built. Of these new launches, nearly 80 percent of utility tokens and smart contract blockchains have announced that their governance processes will be decentralized and migrated on-chain.

Even though many have made announcements of on-chain governance, the actual developments on that side have been quite slow. Few projects have been able to develop true on-chain governance and hence are opting for delegated proof of stake (DPoS) and coin-voting. However, a full set of standards around active governance has yet to emerge.

Edgeware helps in integration of advanced and experimental features like proof-of-stake, sharding, on-chain identity, and cryptographic primitives for on-chain voting. As it is actively governed, Edgeware serves as a testing ground for core network upgrades and governance and thus complements existing networks.

While major crypto projects such as Ethereum and Bitcoin use informal governance systems, they are often criticized for centralizing the process between key miners and developers. These centralization issues have led to the emergence of on-chain governance which is slowly growing as a perfect alternative to the informal processes of EIP and BIP.

“A system for managing and implementing changes to cryptocurrency blockchains. In this type of governance, rules for instituting changes are encoded into the blockchain protocol. Developers propose changes through code updates and each node votes on whether to accept or reject the proposed change.”

Once the change is proposed, each node either approves or rejects the proposed amendment. To participate in the process, key stakeholders are given economic incentives which encourage them to join.

To demonstrate the effectiveness of this on-chain governance and core network upgrades, developers at Commonwealth Labs created Edgeware. Edgeware has capabilities to accelerate the implementation and deployment of experimental core technologies like sharding, proof-of-stake (PoS), efficient STARK implementations, and run-time changes by implementing technical advances.

As Edgeware uses the on-chain governance, it makes it easier for the blockchain team to coordinate easier than compared to upgrades which require miners to organize and upgrade their software in a coordinated manner.

One of the critical differentiators for Edgeware has been that it is implementing a set of core governance systems. As a result, it will be launching a small set of elements to foster an initial community. These elements include:

In the future, Edgeware expects to include support of additional governance functions such as:

As far as Interface and processes are concerned, Edgeware provides contributors and coin holders to participate in the governance process by developing well-designed UIs and means for using them. Therefore, it would also enable developers and stakeholders to come together and work on the project roadmap and vote on the inclusion of specific items needed for the project.

It has been observed that, in governance, it is mostly validators that are natively incentivized. Edgeware replaces this concept as it proposes to use the block reward to incentivize all stakeholders groups. Block inflation will be allocated token towards an on-chain treasury, which will be allocated by specific councils. These groups are made up of the following sectors:

Edgeware’s team sees the future in on-chain governance and has laid out a stellar roadmap for its future. Edgeware plans to develop a strong concept for on-chain identity, a useful inflation funding mechanism, a treasury, and even a political system.

Once the governance systems are in place, it expects self-organizing groups of stakeholders to come forward and actively participate in Edgeware’s governance process.  Over the long term, the network will rely entirely on Edgeware’s coin-holders and community members. For them to participate in the process, Edgeware will provide a set of tools termed “fractal governance.”

According to Dillon Chen, Editor of Source Networks and Commonwealth Labs:

“Edgeware is being launched with a minimal governance system. The goals are twofold: to get a working system in the hands of stakeholders, and so further work done benefits from direct, on-chain feedback.”

The first governance system will include treasury, identity, and proposals that would function as follows:

Edgeware’s goal is to be a foundation which can allow developers to experiment with many governance systems simultaneously. The concept of decentralization via blockchain technologies is still pretty nascent, but a new actively governed chain with a progressive upgrade policy will be a crucial element in its growth.

As Edgeware is self-improving and it has capabilities of funding, developing, and deploying communal initiatives makes it a compelling alternative for both the existing and emerging blockchains.

Will Edgeware be able to deliver some strong on-chain governance models for current and future blockchains? Do let us know your views in the comments section.