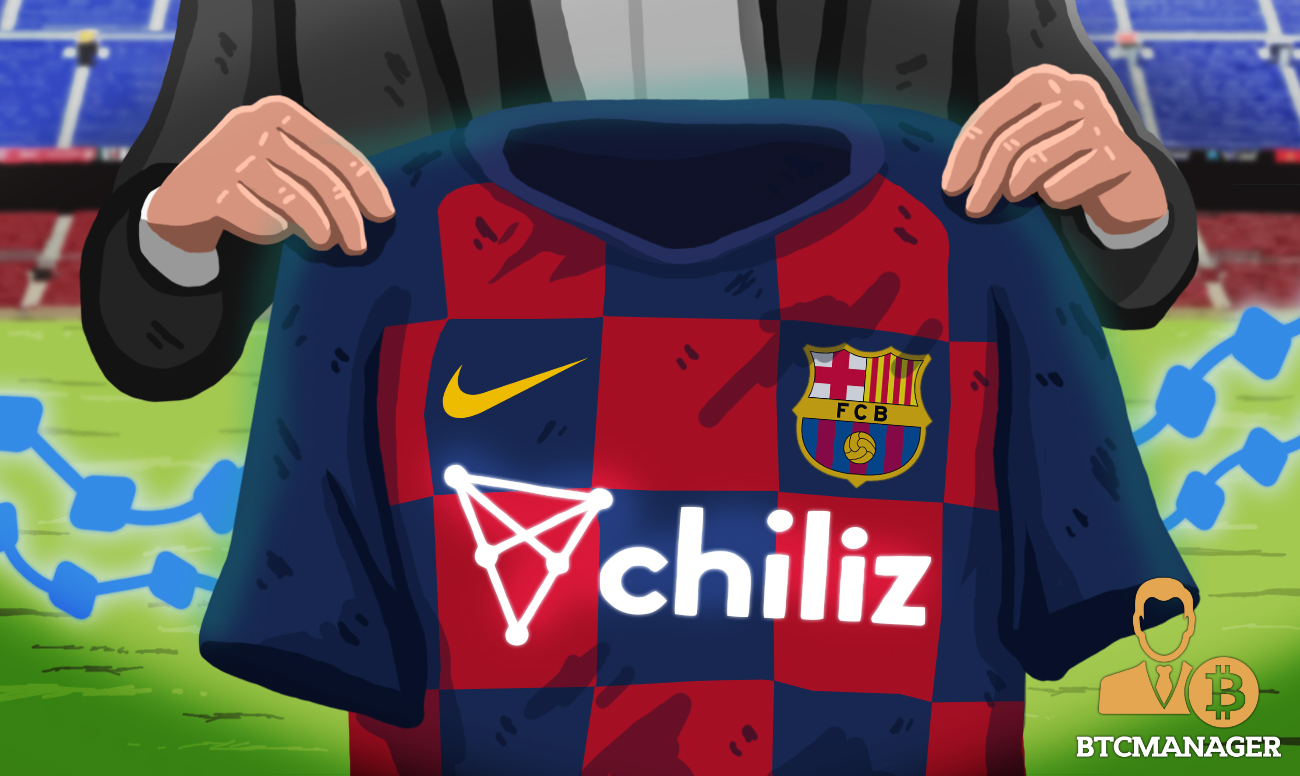 Spanish football giant, FC Barcelona, has partnered with Chiliz (CHZ) and Socios.com to launch a blockchain-based fan engagement program. The project will promote better interaction between the club and its millions of fans around the world, and allow fans to participate in the decision-making process of Barcelona FC through the Barca Fan Token ($BAR), according to a press release on February 13, 2020.

In a bid to make it possible for its numerous fans to have a say in its decision-making process and interact more with the club, FC Barcelona has joined the blockchain bandwagon via Socios.com and Chiliz.

As stated in its press release, supporters of the club who hold the Barca Fan Token ($BAR) will be able to take part in important polls and surveys on Socios.com, the Chiliz-powered fan voting and rewards mobile app.

What’s more, the team has made it clear that fans will earn exciting rewards for all their actions on Socios.com, and these reward points will, in turn, qualify them to receive exclusive club merchandise, unique once-in-a-lifetime experiences and more.

FC Barcelona says the partnership deal with Chiliz is part of its global expansion strategy and it firmly believes that the blockchain initiative will significantly promote engagement between the club and its global audience.

Commenting on the new partnership, Josep Pont, FC Barcelona Board Member and Head of Commercial Area expressed his excitement over the deal, adding that he believes the program will enable the club to carry out more innovative marketing campaigns as well as forge formidable alliances that will strengthen the bond between Barca and its fans.

“This deal also forms a part of FC Barcelona’s goal to become associated with top brands that can help us consolidate our new commercial and digital strategy, with the development of new streams for the generation of resources that will make us a formidable force both on and off the football pitch.”

Importantly, the team has made it clear that the Barca fan Token ($BAR) will go live in Q2 2020 via a Fan Token Offering (FTO) on Socios.com.

The team says only 40 million $BAR tokens will be made available, with the price of each digital asset initially pegged at 2 euros at the point of sale.

Interested participants in the FTO will be able to purchase the $BAR token on Socios.com or Chiliz.net with Chiliz (CHZ), the native altcoin of the platform.

So far, a good number of sorts clubs have joined the blockchain movement through Socios.com, including Paris Saint Germain (PSG), Atletico de Madrid, West Ham FC among others.