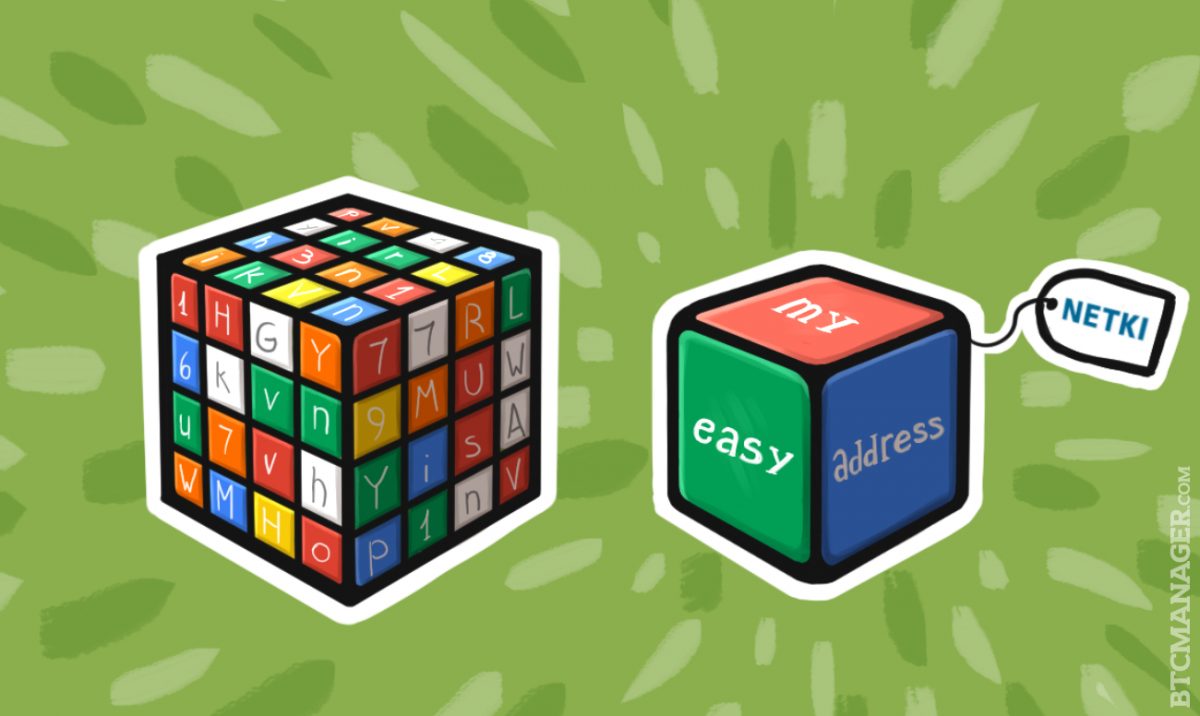 Netki is on a mission to demystify the cryptocurrency address landscape by migrating away from the omnipresent 32-character string like 19jA42FZLoogpSb9nQ5jryMNOPw3t to a more user-friendly name such as smartaddress.tip.me. The goal? To create a tool that allows bitcoin users to send crypto to and from each other without having to copy and paste a convuluted address or otherwise worry about getting a long string of confusing letters and numbers incorrect. The highly popular ChangeTip and its use of tip.me for customized user domains is just one example of the use of this feature.

Netki utilizes a mashup of Namecoin and Secure DNS technology to manage name storage as well as transactions between a name and an address. Base records are held in the Namecoin blockchain, codifying ownership as well as full, censor-proof control. And because this solution is by nature decentralized and distributed, it affords privacy to the user by keeping one’s address map and name from forming a vapor trail on the public ledger.

Charting a Path to a New Address

In a recent conversation with Justin Newton, Netki’s Co-Founder and CEO, BTCMANAGER asked about about this ambitious endeavor and he was kind enough to “address” our questions.

“At a high level, my co-founder Dawn Newton and I both spent about twenty years working in the Internet space focusing on commercialization and mass markets,” said Newton. “We were, in fact, involved with taking the company NetZero public. We had both gotten into the Internet arena because we saw that this was going to be a transformational technology in terms of the democratized access to information and communications. When we came over to bitcoin a couple of years ago, we did it because we saw bitcoin — and more broadly blockchain and digital currencies — as the next step on that Internet chain, this time with a focus on democratizing finance.”

He said that when the two of them jumped into the bitcoin arena, their first goal was to try and look at where the barriers to mass-market adoption existed. Upon examination, they discovered that the major needs were with the infrastructure layers across the entire blockchain ecosystem versus point solutions focused on a wallet or an exchange.

“The very first problem that we saw were wallet addresses and how terrible they are. Currently, it’s like the equivalent of the world’s worst password – this crazy thirty character, case-sensitive alphanumeric string where if you make a mistake you could lose all of your assets. But other than that, it’s perfect,” Newton said with a laugh.

The first thing they built was a wallet naming service which allows a user to create a domain name like firstnamerichards.tip.me and share it in place of ones bitcoin wallet.

“We’ve created a few enhancements to this basic model. The first is that we were able to plug into what is known as HD (Hierarchical Deterministic) wallets which are based on the bitcoin standard BIP0032. What BIP32 allows one to do is easily generate a unique address for every transaction using the same private key on the backend. This helps with user privacy because even if everyone has the same name they receive a different address. Therefore, they can only see the transactions they are involved with.

“The second option is that we are able to plug into something called payment protocol, which is BIP70. This allows the sender of the transaction to know the identity of the person that’s receiving it, if the person is open to sharing it. In other words, before a person sends their bitcoin or any other asset they might be forwarding over the blockchain, they can actually tell who it is that’s going to receive it.”

Netki currently has integrations in place with about a dozen different companies that have irecognized the need for a new bitcoin address landscape. Additionally, a Chrome extension is available which allows wallet names to work automatically with any web-based exchange or other property.

For those old enough to remember the early days of the Internet, you’ll recall that it originally ran solely on the complex set of numbers which make up IP addresses. Instead of typing something like www.companyname.com into your browser, you would have actually used something more along the lines of 192.68.13.172. People back then literally had big lists printed out next to their computers of all of the addresses they would need to access at some point. Eventually, this cumbersome system morphed into the DNS or the domain naming system behind the Internet that we know today, where we can type in www.easynametoremember.com into your browser; then the rest occurs magically behind the scenes.

“So what we have done is basically develop exactly that same thing for bitcoin and other blockchains,” said Newton. “Sure, there is complexity behind all of this, like figuring out the right blockchain to send to based on the type of address you are sending to. Or generating a unique address for every transaction or plugging into a payment request. But in terms of the service itself and the way that it works for end users, it’s meant to be very simple — something that feels like the other applications that a person regularly utilizes. We are finding that our users really love it because it’s so intuitive and makes sense to them.”

Netki does charge a small annual fee to host a personalized name but there are some free options for users.

“The main reason that we charge for the service is quite straightforward, actually,” said Newton. “Registering a domain name, which is the platform our service is based on top of, costs us money, and we need to pass that cost along to the user.  That said, most users can get a name for free from their service providers such as ChangeTip, Bitt, Bitholla, and others. In the case that a user wants a vanity name, they can either register it directly through us for a fee [or] if they already own a domain name they can follow the directions on the developer page of our web site and setup a Wallet Name for free on their own which will work exactly the same as one hosted through us.  There is no cost at all for following the open standard, only if you want us to provide hosting for you.”