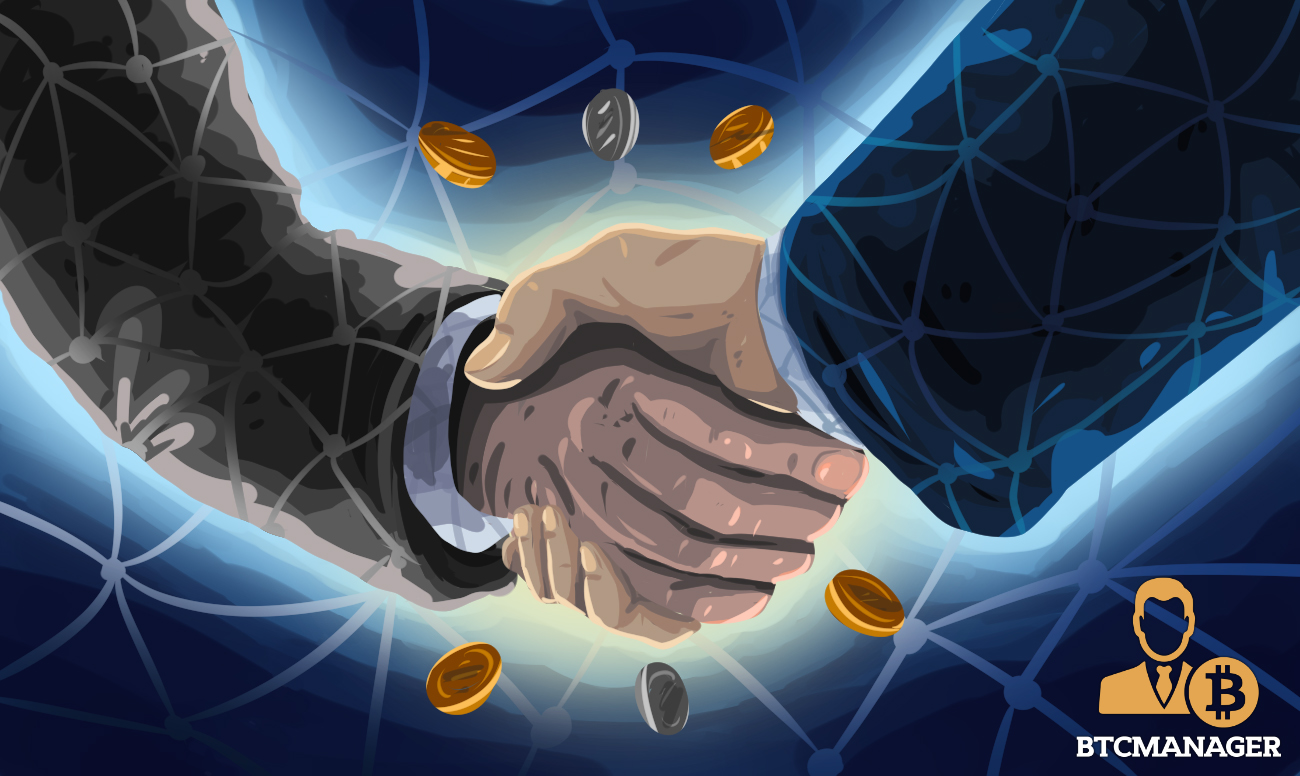 Handshake (HNS) is giving away $100 million in crypto to help with the global launch of the replacement system of root authority servers for the internet architecture.

Based upon this, the US government authorities could potentially censor or corrupt the root authority servers and issue fake certificates or route traffic to malicious websites. Going to a site like www.btcmanager.com could be maliciously transferred to a different website location.

Under the Handshake protocol and token method, the centralized power will be wrested away from Internet Assigned Names Authority (IANA) and decentralized so that trust can be maintained. From the Handshake white paper:

“Many understand the green lock icon on the web browser as meaning the connection is secure and encrypted between themselves and the server identifying as the website. However, the security has always been entrusted in a handful of centralized Certificate Authorities (CAs). These entities are the guardians of the internet and there has been many documented cases of failure.”

In 2011, the Dutch Certificate Authority DigiNotar had a security breach which allowed malicious actors to issue fake SSL certificates. It seems that the Iranian Government was behind the attack as more than 300,000 Iranian Gmail users were the target of the attacks. There were more than 500 fake certificates issued, and it took a long period of time before all computers were able to completely blacklist the DigiNotar Certificate Authority. DigiNotar subsequently went bankrupt.

Securing the Internet of Today

The architecture of the Handshake system would enable many root-level trusted authorities to concurrently operate. Today we have more than 9,000 bitcoin nodes providing a good level of security to the Bitcoin ecosystem. Similarly, thousands of Handshake nodes would provide a good level of security to the Handshake ecosystem. Anyone can run a name resolver on their own equipment (“be your own root level authority”) by running their own “SPV resolver.”

This method of protecting the internet’s infrastructure would also go a long way towards protecting any cryptocurrency architecture. In addition to website security, this system can be used to protect connections between clients and servers using “Remote Desktop” or “SSH.” Joseph Poon writes:

“The ssh client can verify that the name record matches the server’s pubkey record, it’s working on the testnet blockchain now (it’s experimental though, but has SPV too!).”

Furthermore, this system can be used to protect the millions of “Internet of Things” devices out there from Ecobees to Philips Hue devices that are all operating without any security right now.

Handshake is backed by many notable cryptocurrency luminaries including:

Among the 67 other individuals and funds are: Polychain Capital, Pantera Capital, Sequoia Capital, and Draper Associates. A full list can be found near the bottom of the handshake.org homepage.

This giveaway is not like other ICO’s. The majority of the tokens (65%) are being given to developers wishing to directly participate in the project. These developers can register on the Handshake Dev Faucet and receive up to $750 of tokens based on their participation in Github, PGP WoT, and IRC Chats.

The rest of the tokens are given to the initial project developers and financiers (15%), existing domain name holders and authorities (15%), and non-profit foundations like EFF (5%). Notable recipients of the tokens include ICANN, Apache, Tor, Wikipedia, Cloudflare, Verisign, Brave, Godaddy, and Comodo.

Reactions from the Community

“We are pleased to receive a $400K pledge from http://Handshake.org ! $300K has been pledged to GNOME and an additional $100K has been earmarked for the @GIMP_Official. We are deeply thankful to @HNS for their donation to the GNOME Foundation!”

“The Handshake Naming Service just went live. Everyone talks about distributing tokens to their community. The @hns website is an extremely well designed piece of software with one goal: get the tokens in the hands of developers. A+ Airdrop execution.”

Handshake project coordinators plan to launch the main net in September and to allow its users to start reserving top level domains by a Vickery Auction. Trademarked domain names are exempted from the sale.

Should the token reach a $50 billion valuation, another giveaway to everyone in the world is planned through a hard fork. From the white paper:

“This is within the self-interest of the community as a method to convince everyone worldwide to switch over to Handshake.”

This is a very exciting project that could change the very nature of how the internet works and to make it far more secure.