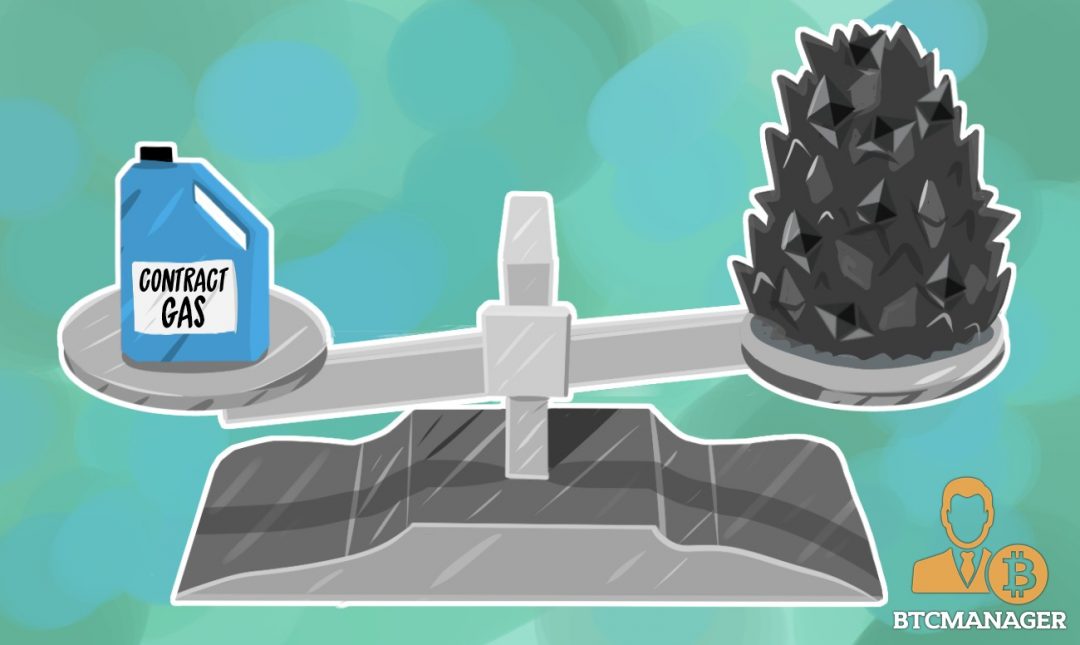 In May of 2016, exactly one year ago, Ethereum’s token ether was valued at around $10. That meant freelancers on the Ethereum-based job market platform Ethlance had to pay a little more than $1 or 10 percent of the ETH price, to set up smart contracts for their profiles. However, ETH is valued around $90 at the time of writing, a price that is nine times higher than ETH’s value in May 2016. The rapid surge in the market of Ethereum made it increasingly expensive for applications and their users to set up smart contracts.

At the beginning of May, one of the developers of Ethlance better known as Madvas on various online communities revealed that freelancers on Ethlance were required to pay around $5 to $8 on average; one freelancer who wanted to create a profile page was charged $7.79 in ETH or gas.

According to Madvas, who expressed his concerns over the increasing gas costs for decentralized applications and users, one of the users had to pay $7.79 in ETH or gas to submit and broadcast his smart contract. Madvas wrote:

“Gas fees would cost him in worst case $7.79. On average, around 50-60 percent of that. In any case, it is way too much. Back when ETH was about $10, max fee for creating freelancer profile was little more than $1. Creating freelancer profile is most gas costly transaction on Ethlance, because it has many inputs, but max fee of $7.79 is certainly not mass-adoption-ready price.”

The issue noted by Madvas was that the Ethereum network and its gas price do not adjust to the ETH/USD rate, which has been increasing at a rapid rate for over a year. As a result, gas has become costly for applications and users initiating smart contracts.

Etherplay, a transparent gaming platform where players can win ETH, has also been affected by rising gas costs. The Etherplay team plans to overcome this problem by modifying their system and investigating a potential change in the way Ethereum deals with gas and miner rewards.

In the thread, Ethereum co-founder and lead developer Vitalik Buterin presented a counter argument to madvas’ concern regarding gas costs. Madvas previously noted that to create a profile on Ethlance, it costs around 3.7 million gas. Buterin explained that if a smart contract initiation costs users 3.7 million gas, the application itself is coded suboptimally. He also emphasized that the Ethereum development team is at fault for not providing sufficient tools to carry out large data sets and smart contracts.

“If it costs you 3.7m gas to make a profile, that means that the dapp is definitely coded in a way that’s highly suboptimal. In the long term, having every single user impose 4m gas worth of burden on the entire network is not sustainable, at least until and unless we implement some form of super-quadratic sharding. That said, I do understand that the tools to do the above are not yet very good and so it’s not that easy for regular developers to make these kinds of optimizations, and this is our fault. We’re working on it.”

Throughout 2017, as BTCManager reported in the past, the Ethereum foundation and development team plan to roll out some important features and updates. Buterin and the rest of the development team hope to resolve these issues with gas costs and large smart contracts in the near future.