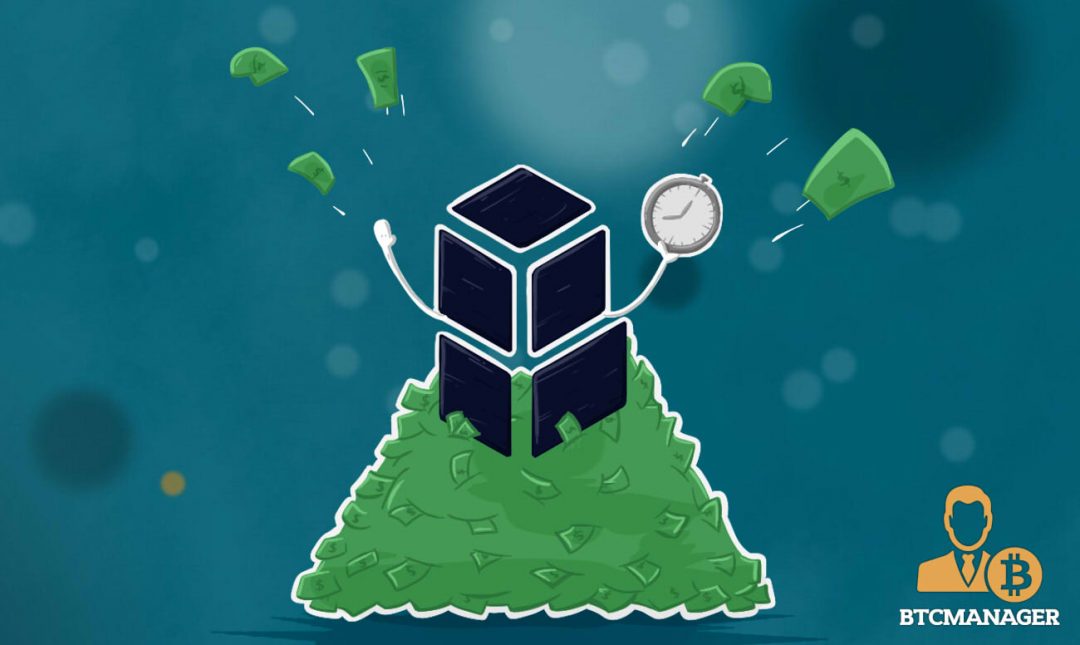 Leading blockchain project Bancor is attempting to introduce automated cryptocurrency trading through its innovative technological solutions. Using a combination of its proprietary algorithm called the Bancor Protocol and a new type of smart contract-powered token, Bancor believes it can usher in a new age where people can trade digital currencies without the need for any middlemen.

The Trouble with Order Books

In addition to being automated, the new system proposed by The Bancor Protocol is designed to allow trades to happen without the need of either a buyer or seller, which means that liquidity would be an inherent part of the system. Moreover, the removal of intermediaries will result in better market situations for the participants as unnecessary costs are not part of the trades and participants can be sure that the order books within the automated trading portal are an accurate representation of the market needs.

While market makers are an integral part of the cryptocurrency ecosystem, they are marred by a number of malpractices. Bancor believes the automation of digital currency trading will result in a better cryptocurrency sector.

The conventional wisdom when it comes to creating and running an efficient market for an asset is that it is best when there is a single point through which all orders related to the asset are handled. This single point of reference on exchanges is called the order book.

An order book is defined as the amassing of specific market needs and typically includes the buy and sell orders for a particular asset. It also indicates the prices that both ends of the market are comfortable trading with and showcases how much of the asset is for sale and how much is required by buyers.

The order book is an essential part of the market because it provides market participants with the information they need to play their respective roles within the system effectively. Within the digital currency trading ecosystem, order books are created and run by cryptocurrency exchanges such as Binance or Bittrex, for example.

On exchanges, order books are often visually represented as graphs with two sides. The two sides of the graph represent the buy and sell offers. The two curves slope at varying rates in contrasting directions. It is possible to discern the number of buyers or sellers available in the market using these kinds of visuals.

Between the curves is the bid-ask spread which is a reflection of the supply and demand of the asset in question. When the trading volume of an asset is low, then there is likely to be a greater spread because liquidity is likely to be a problem. Thus the market maker must assume this risk, and this results in a larger spread as the market maker will try to minimize his risks by taking advantage of the spread.

As market makers serve the essential function of creating the market and thereby assuming the risk associated with attempting to predict the price movements of assets, they need to make a profit in some way to justify this risk. This is then reflected in bid-ask spreads and is the price market participants must pay for liquidity which can result in high trading costs.

Another use for the order book is that it gives market participants hints about the price direction of an asset. However, this works best on a short-term basis. If there are more buy orders for an asset in comparison to sell orders, then there is an indication of buying pressure. Buy or sell walls are represented as peaks on the graphs. These peaks point to the existence of participants in the market who have a large amount of an asset and are looking to trade it at a specified price.

While the order book holds many advantageous hints about the state of the market, the unfortunate reality is that these clues are typically very transient. They can change very quickly as the market participants perform specific actions. This is because buy or sell offers can be canceled at any moment.

For instance, a buyer may begin to purchase a particular asset based on a certain order; however, the seller may cancel his sell order before the buyer can finalize the trade.

Additionally, bad actors can use order books to manipulate the market. A trader may decide to add big orders to the market which they do not plan to fulfill. This large order, in turn, makes the market appear to be different than it is. Eyal Hertzog, the project architect at Bancor, explains:

“An uninformed trader may believe there are many buy orders at a certain price level on the order book, only to see those orders evaporate mid-execution as they’re canceled by the abusive trader, creating unexpectedly high slippage for the uninformed trader.”

Within the digital currency trading sector, order books are vulnerable to manipulation by bad actors. This is due to a combination of the relative novelty of the industry as well as the lack of adequate regulation and infrastructure to prevent these abuses.

Malpractices such as pump and dumps, wash trading, and spoofing are an unfortunate reality across cryptocurrency trading platforms. For instance, in 2017 a trader, named Spoofy, was found to be manipulating the price of bitcoin by placing fake orders. While Spoofy was active mainly on Bitfinex, his actions were able to manipulate the prices of bitcoin as a whole.

While some cryptocurrency trading platforms acknowledge that there are challenges, some platforms may be unwilling to police and intervene when such malpractices are witnessed. This is due to the fear that their trading volumes may be affected and as a result, their business could suffer.

While these malpractices are illegal in traditional markets, there is a lack of regulation in the crypto markets. While regulation can be enacted for these practices, implementing them is also likely to be a problem. Bancor contends that this is a result of inadequate system architecture and as a result require a rethinking of how trades are handled. Hertzhog adds:

“Generally, when laws are enacted or penalties are levied to fight abuse, it is an indication of a market design failure — one that requires innovation, rather than regulation, to fix.”

What Is Bancor Proposing?

While market makers and order books are flawed, they are a necessary evil. This is especially true when there are no alternatives. However, Bancor is proposing a new kind of trading system within which liquidity for assets is guaranteed and is not dependent on trading volumes or the depths of the order books.

This system is made possible by a new token developed by Bancor, which is called the Relay Token. A Relay Token is a token which is powered by a smart contract. Bancor refers to these token as Smart tokens. The Relay Token is based on the Bancor protocol.

Relay Tokens are designed to perform the duties of market makers. They can buy and sell assets at any time just as is the case with cryptocurrency trading platforms. However, they are different in two main ways.

Firstly, Relay Tokens can function effectively without any extra costs or fees for the users. This is inherent in their software and is based on their mathematical architecture. Bancor explains: “Relay Tokens buy and sell assets according to prices calculated by a predefined formula programmed into a smart contract, using staked and adjustable inventories of assets stored in that contract.”

As a result of this design, Relay Tokens do not need to be profit-seeking.

Second, Relay Tokens create their own liquidity. Within the Relay Token network, liquidity is based on the number of assets that are recorded in the smart contract on which the token is based. Relay Tokens need neither trade volumes nor order matching to provide liquidity.

Relay Tokens are an upgrade in comparison to the exchanges currently in use because they provide traders with an uncomplicated way to “measure and fully automate the liquidity of a digital asset.” While market making is a large market generating billions in revenue per year, the automation of markets will reduce costs for market participants and free up finances that can be used to power the creation of new value.

How Do Relay Tokens Work?

A Relay Token is a smart contract that records two token balances in its code. These balances are referred to as reserves. The token then allows market participants to easily exchange the two tokens at a price that is continuously recalculated by the underlying contract.

When a trade happens, units of one token are added to its reserve, and a proportional amount of the other token is removed from its reserve. Hertzog explains:

The formula that the contract uses to calculate the price of the tokens assumes the total value of each reserve balance is always equal. Therefore, costs are continuously calculated based on the changing balance of tokens in each reserve.

The prices of a Relay Token are designed to automatically climb as reserve balances are decreased. Therefore, reserves can never be drained because it continuously becomes more costly to buy a token when it’s reserve balance is running low. “In this way, Relay Tokens are always available to buy or sell tokens at some price, enabling continuous liquidity for the tokens they hold.”

Market participants can choose to buy the tokens stored in the contract of a Relay Token or can purchase the Relay Token itself. When a buyer obtains the Relay Token itself, they become a passive market maker. This is because when Relay Tokens are purchased, then the size of their liquidity depth grows as well. Additionally, it is possible for many Relay Tokens to hold a standard token in their reserves. When this happens, a liquidity network is created for that particular token.

Relay tokens also provide users with other tools that protect them from being taken advantage of. For instance, using a value called Liquidity depth, Bancor gives traders an easy, tamper-proof mechanism to calculate slippage.

“Liquidity depth is defined as the value of tokens deposited in each of a Relay Token’s reserves. Liquidity depth allows the effective price slippage for a given transaction to be approximately calculated by dividing the size of the order by the liquidity depth.”

Additionally, market participants can still gain profits from market practices like crypto arbitrage. When prices of an individual token are different on exchanges outside the Relay network, then traders can move to create benefits for themselves. “Traders are incentivized to quickly act as “liquidity movers” between the Relay Token and other exchanges, buying from the cheaper source, selling to the more expensive one, and bringing the price of the token back into balance across exchanges.”

While Relay Tokens dramatically slash fees for users, their main advantage is that they introduce transparency into the trading process.

Hertzog concludes: “The idea isn’t necessarily that Relay Tokens offer more liquidity. It is that they give traders a transparent view into liquidity that cannot be gamed or discontinued. In this respect, Bancor disconnects liquidity from trade volume and makes liquidity, simply, a function of how much the Relay Token’s creator (or other participants) deposits in its reserves.” For the current state of cryptocurrency trading, this could become a game-changer.