Although bitcoin is widely-regarded as a lucrative investment vehicle, and it is easy to forget the original function of the pioneer cryptocurrency; that of being a decentralized store of value. While bitcoin’s potential may not be fully realized by first world speculators, citizens of countries with weak economic systems have much to fear when their authorities decide to ban the peer-to-peer payment protocol.

The citizens of Zimbabwe were in for a grave shock on May 11, 2018, as the country’s central bank placed a blanket ban on the possession, trading, and transfer of bitcoin. While the move would hardly make an impact on the cryptocurrency trading markets regarding price action, a much deeper wound is inflicted on unfortunate Zimbabweans, whose highly-inflated currency can make buying bread a trillion (Zimbabwean) dollar affair. 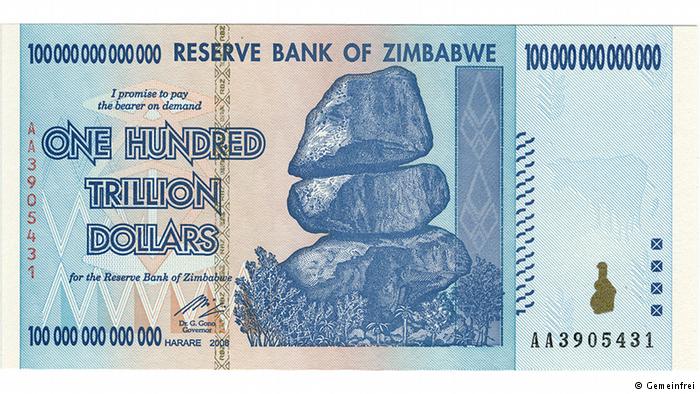 According to a report by NewsDay, the Reserve Bank of Zimbabwe (RBZ) has also placed a mandatory shutdown in services meted by financial institutions to bitcoin businesses, stating that the institutions “must exit” any such relations in the next 60 days.

“As monetary authorities, the Reserve Bank of Zimbabwe is the custodian of public trust and has an obligation to safeguard the integrity of payment systems.”

The circular further stated that the move was taken in “public interest,” in order to protect and safeguard the integrity of the country’s sound financial system.

To eradicate any allegations, Mataruka said that the 60-day period would be used by banks to clear any collateral arrangements, remittances, registrations, trading, and loans sought against digital currencies.

Mataruka further stated that cryptocurrencies operate on the same platform as traditional banking models, having “strong linkages and interconnectedness” to serve their trading and payment platforms, relying on the financial systems that serve the economy.

“The Reserve Bank of Zimbabwe has not authorized or licensed any person or entity or exchange for the issuance, sale, purchase, exchange or investment in any virtual currencies/coins/tokens in Zimbabwe. Exchanges such as Bitfinance (Private) Limited (Golix) and Styx24 are not licensed or regulated by the Reserve Bank.”

The RBZ’s move also follows a recent warning against cryptocurrencies from the Central Bank of Kenya (CBK), which issued a circular last month on the risks associated with crypto trading, such as fraud, hacking, and loss of data.

Against the backdrop of a global financial crisis in 2009, far away from the bustling streets of Harare, an anonymous creator/s mysteriously introduced the world to a digital, cryptographic form of money; Bitcoin, a peer-to-peer payments network that operated without the need of a central authority.

Adding to the protocol’s decentralized ethos was its deflationary nature, that aimed to precede over the inflationary characteristics of fiat money.

After countries like Zimbabwe, South Sudan, and Venezuela quickly adopted the use of bitcoin, whose payment method proved to be highly beneficial and surprisingly less volatile than the native fiat, corrupt regulators and authorities viewed the digital money with suspicion, presumably due to realizing that bitcoin may restore monetary power to the average person.

Zimbabwe’s bitcoin ban comes across as humorous for anyone remotely following global news, as the country’s citizens are victim to an extreme instance of hyperinflation since the year 2000.

Reportedly, walking around with billion dollar wads of cash in the local currency means little to locals, as the purchase of basic supplies can run into several trillions of Zimbabwean dollars. Hence, RBZ’s claim of a “sound and secure” financial system is completely unsubstantiated.

In great economic irony, bitcoin’s popularity in the country shot up as citizens found new avenues to store their money and savings, as the volatile fiat currency in bank accounts was no longer a significant store-of-value.

As a result of this, bitcoin traded at a massive premium in Zimbabwe, compared to the rest of the world, as the demand of the digital asset surged to unimaginable heights. The Zimbabwean premium even superseded the famous “kimchi premium” by a longshot, with the price of bitcoin reaching $30,000 on the country’s crypto exchanges while the world rejoiced on the $20,000 mark.

The digital currency proved to remain out of the clutches of the local government until the ban of May 2018 and provided the citizens a respite from the economic and political turmoil. While the cryptocurrency market is still viewed with cynicism from global authorities and banks, the digital money sector for Zimbabweans is a far safer bet than most of their other options.