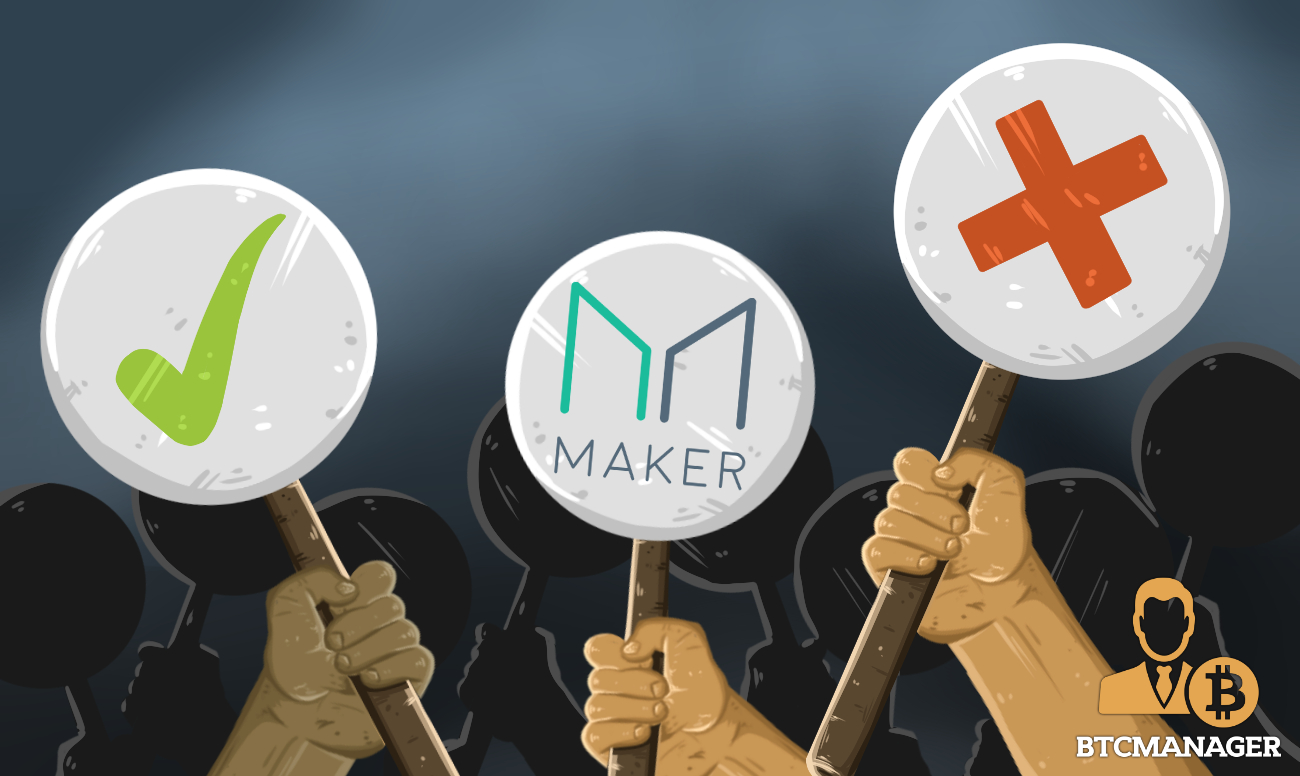 After DAI has been persistently trading below its par value of one dollar, Maker has called for another vote to increase the stability fee by an additional two percent in an official blog post, April 26, 2019. This marks the sixth fee increase in the last two months, as a result, the Maker community has been in disarray.

On the 22nd of February, 2019, Maker Dao proposed an executive vote to increase fees by two percent. This vote aimed to increase the stability fee from one percent to one and a half percent. Subsequently, on the 4th of March, as reported by BTCManager, the governance team initiated a proposal to increase the fee by an additional two percent.

The reasons for these fee increases revolved around the DAI stablecoin breaking its USD peg. For most of 2018, DAI was trading between 98 and 99 cents. Owing to this undervalued peg, Collateralized Debt Positions (CDP) on the Maker chain did not garner as much traction as expected. The demand for DAI was overpowered by the supply and the USD peg remained broken. The fee increases are an attempt by the community to bring a degree of equilibrium to the demand and supply.

The biggest question mark here is if the community understands the fee hikes from one percent to 14.5% did not have a major impact on the price of DAI, why do they continue with fee hikes in the hopes of reestablishing the peg?

A quick look at the DAI/Dollar price chart shows just how volatile it is. After the hike to 11.5% following a four percent fee increase, the value of the DAI fell to nearly 93 cents. But after the decision on April 26, 2019, to increase the annual rate to 16.5%, the DAI surged to a high of $1.05. The variability of these decisions could lead one to think these fee hikes evidently do not have meaningful impact.

The importance of stablecoins has been demonstrated time and time again with people backing away from blockchain and cryptocurrency because of the notorious volatility. A well-functioning stablecoin can be a remedy for that situation. DAI is the most well-known stablecoin that is truly decentralized. Other stablecoins like USDC, USDT, and GUSD are controlled by centralized entities. If the Maker governance team can find a viable solution to reestablishing the peg, DAI can be a focal point in driving crypto markets toward a stablecoin enabled ecosystem where volatility can be bypassed without swapping out decentralization.