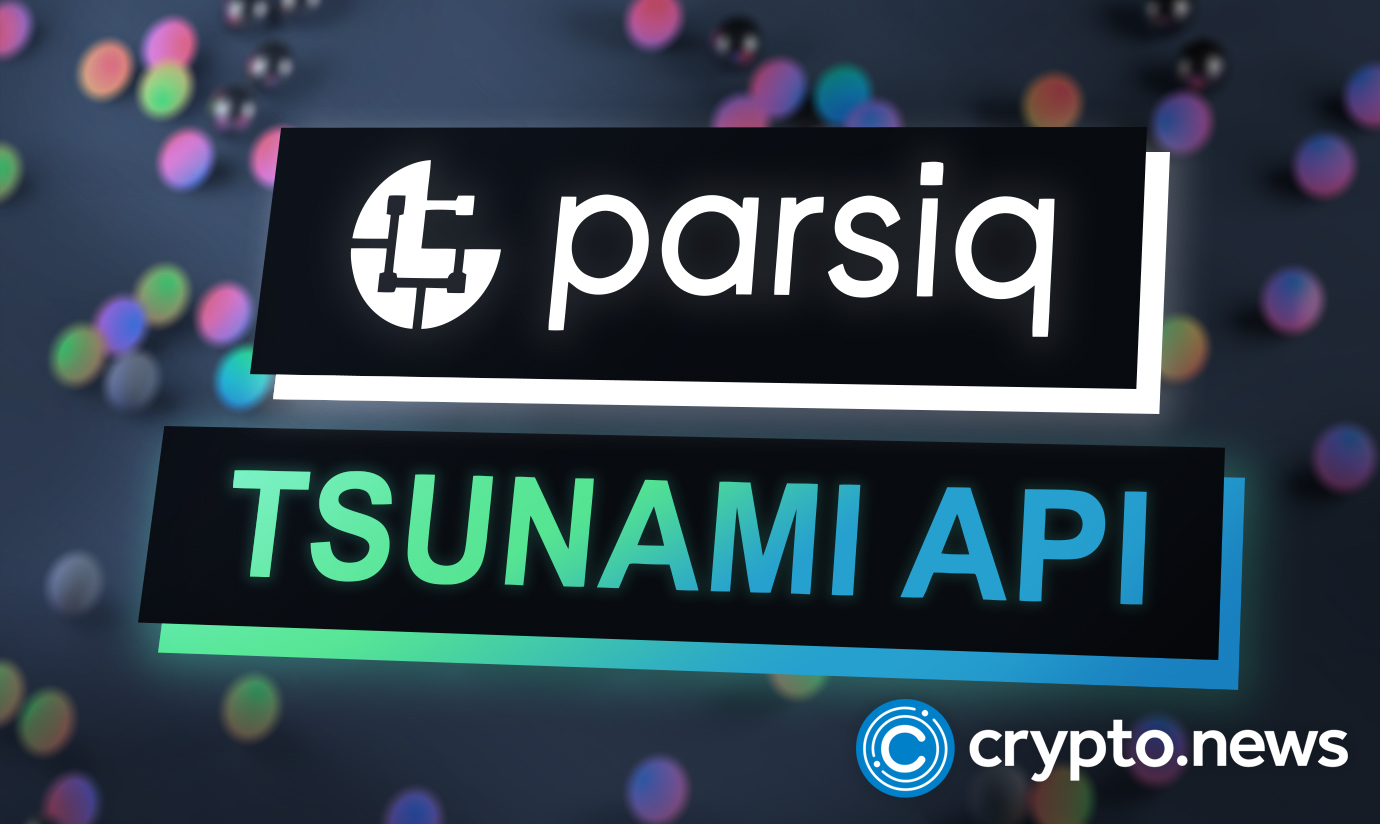 July 18th 2022, Tallinn, Estonia – PARSIQ, a blockchain infrastructure SaaS, has launched the Tsunami API; the first product on the ambitious roadmap which will establish the PARSIQ Network as the go-to data and infrastructure solution for Web3 applications.

The Tsunami API is the core API of the PARSIQ Network. Tsunami provides Web3 dApps and protocols access to the full spectrum of data on a given blockchain. Providing raw data — both real-time and historical — enables protocols and dApps to track any kind of events, metrics, or statistics they need, such as TVL, liquidity, current and historical token prices, user balances and more.

One aspect which sets Tsunami API apart from its competitors is its blazing querying speeds capable of querying over 33 billion blockchain events in under 1 second. The Tsunami API will be free for teams to use and test up until they reach a threshold API call volume.

The PARSIQ team has spent the last 6 weeks in Alpha testing running intensive data queries for over 30 other project teams.

“At FLUIDEFI, we’ve been looking for a faster and easier way of obtaining accurate BNB Smart Chain data. PARSIQ’s Tsunami API surpassed our expectations. In our initial tests, our team was able to pull event data from different PancakeSwap DEX yield farming contracts more simply than pulling it directly from the blockchain and found it just as accurate. ”

“The experience/performance of Tsunami API has been great for all blockchains it supports. If you’re tracking contract event data, this is a solid option.”

Following the launch of the Tsunami API the PARSIQ team will also support protocol specific data with their Data Lakes. These will be specialized and custom-tailored lakes, dedicated to each individual decentralized app or DeFi protocol.

Data Lakes will extend the Tsunami API utility by providing more options to query data. For example, a developer may need specific data related to, say, Uniswap or AAVE. Supported by PARSIQ Data Lakes, all of the historical and real-time data related to these protocols will be even more easily accessible.

“The PARSIQ Network roadmap and product suite was the result of years of learning from our customers, partners, and the broader industry – this is a solution to critical issues that were arising from different Web3 projects.

It’s been rewarding to see this come to fruition with the Tsunami API. The feedback from our Alpha Testers has been a testament to and endorsement of the PARSIQ Network vision.

We’ve also seen huge interest in the Data Lakes. Not only will they be beneficial for the protocols themselves, but they will also open worlds of data for third-party users, which will ultimately define a new standard for the industry.

We’re very excited about these products officially launching into the market but, for PARSIQ and our clients, this is only the beginning…”

To find out more about the Tsunami API, Data Lakes, and full PARSIQ Network roadmap go to parsiq.net.

PARSIQ is a full-suite data network for building the backend of all Web3 dApps & protocols. The Tsunami API provides blockchain protocols and their clients (e.g. protocol-oriented dApps) with real-time data and historical data querying abilities.