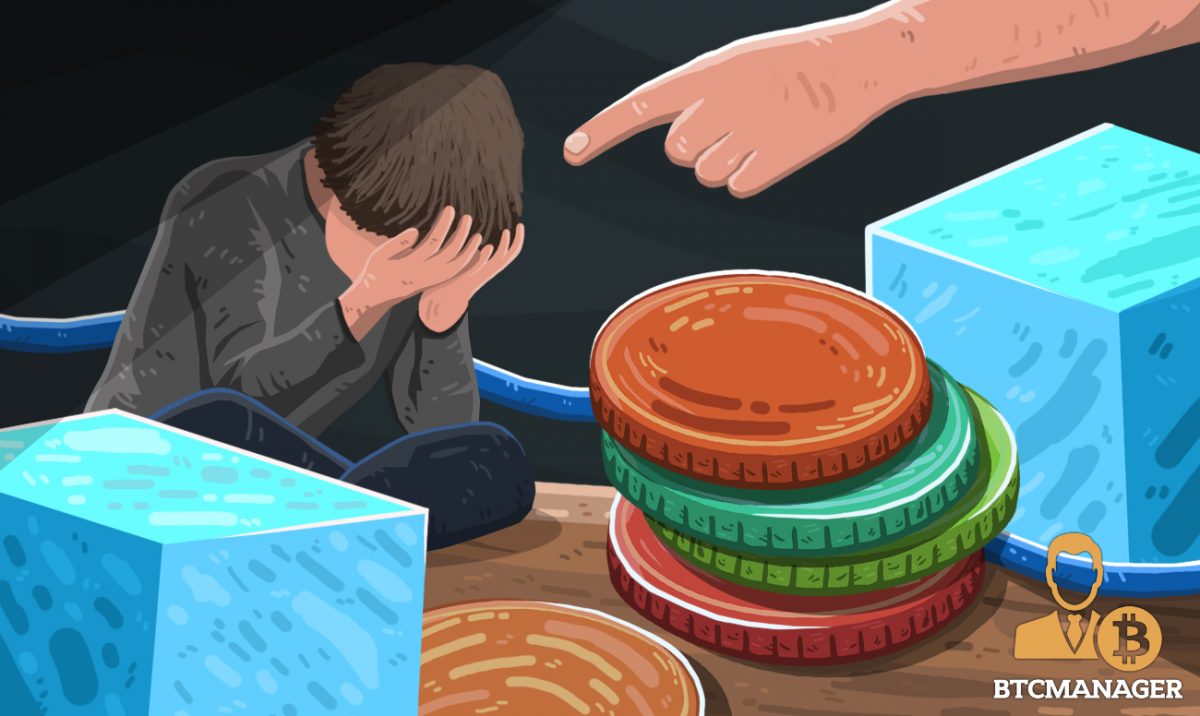 Recently, the CFTC has put out a document regarding pump and dump groups, stating that any whistleblowers that come forward and their testimony leads to monetary sanctions of $1 million or more will receive a reward of ten to 30 percent. In this article, we examine the rationale behind the policy and why it could lead to more harm than good.

Shown below is a Tweet from WhalePanda regarding the CFTC document about pump and dump groups. If a person can uncover who is behind these schemes, they are rewarded. Sounds good right? But while in theory it may be a good strategy, we will use the case of Bitconnect to explore this topic.

"Whistleblowers" get paid 10-30% if the action leads to monetary sanctions
of $1 million or more. I like the examples they give about the pump & dumpers. https://t.co/UOzdmy0nd8 pic.twitter.com/xN56NJgVqb

In the video below, it is made clear that one participant in the group of alleged Bitconnect promoters, ‘Crypto Nick,’ had deleted all of his videos and not much information can be found about him online since Bitconnect’s implosion. Whereas, the video also points to the fact that Craig Grant seems to anticipate a heavy-handed response from the law. Trevon James doesn’t appear to be concerned; even as he tells his YouTube followers, he has a court appearance on March 15 regarding his purported role in Bitconnect.

But the video did state the possibility of Crypto Nick gaining immunity for “whistleblowing” and possibly keeping all of his proceeds (which we label ‘bonus’). Another case could be that Crypto Nick’s proceeds are confiscated, but he is excluded from a conviction for providing information on others in the group (which we call ‘leniency’).

But why is this the best strategy played by regulators? Does the hard evidence suggest that these sorts of punishments will stop pump and dump groups and other groups of scammers?

Well, we examine the game theory behind the whistleblowing punishment strategy, whereby someone from inside a group confesses and provides incriminating evidence against the rest of the group for either immunity or a monetary reward.

Considering two players for simplicity, we can frame each policy; standard, leniency, and bonus to show how providing whistleblowers with monetary rewards may be the best approach.

Notice in the first game, no matter what the other player does, it is best for the player to take the Collude strategy, as their payoff is always higher. Both players receive a payoff of 2 when colluding, which is the Nash equilibrium; in other words, there are no profitable deviations from this strategy. For instance, if one of the players deviates, they will end up with a lower payoff. If one defects and the other colludes, both are caught and get punished, although the one that defects receive a lesser punishment. If both defect, they are both given the same, heavy punishment.

Now, let’s examine the case where authorities provide leniency, that is, they are not prosecuted if they expose the cartel. The Nash equilibrium strategy remains the same so that both players will collude. Note that the slightly higher payoff for defecting is not enough to change the player’s plans.

Finally, we come to the case where whistleblowing can lead to monetary rewards. We assume that the reward from colluding (monetary gain) is smaller than the gain from defecting in this instance, which means that the payoff from receiving the reward for authorities and sparing themselves jail time or a fine is valued higher than the proceeds from colluding, pumping and dumping or participating in a Ponzi scheme.

Of course, what is presented above is a simplistic analysis considering only two players. We have also made some assumptions about the payoffs, which may not be reflected in the real world. Once we add more players into the game, the outcomes are a bit more complex. The basic result is that encouraging whistleblowing via monetary rewards can break down cartels and turn them against each other. Regulators can do this by modifying the game and the potential payoffs, to incentivize the desired actions.

Nevertheless, the whistleblowing scenario has some other subtle implications. While it can successfully encourage participants to tell on others in their group, it can also reinforce the formation of cartels.

Suppose there is another group conducting a pump and dump group, or promoting a scam cryptocurrency. Because they all know that a reward is up for grabs, it will allow one of the group to blow the whistle if there are any threats from within the group and serve as a punishment mechanism to increase the robustness of cartels. Once someone blows the whistle, they can obtain the reward and continue again with another scam involving new people who want to be part of the group.

This result, however, may not apply to CryptoNick, as if he blows the whistle on the others, he will not be able to publicly promote a scam cryptocurrency again, so the result is more applicable to pump and dump groups, who are usually anonymous. One of the participants gets the reward for telling on others, then proceeds to join or create another group.

Experimentally, while it has been shown that while whistleblowing may help catch scammers and pump and dump groups, it may also enforce trust and collusion by providing a tool for such groups to punish each other.

When analyzing a game where firms set different prices under certain conditions, one experiment throws up some results that go against the standard theory. While the experiment by Jose Apesteguia, Martin Dufwenberg, and Reinhard Selten show that markets where cartels can be formed, and there is no fine reduction for whistleblowing, significantly affects market competition compared to the case where no cartels can be formed.

The possibility of leniency (no prosecution) has a clear impact on markets, as the experiment shows that prices are lower under leniency and the number of cartels reported is higher by almost 50 percent, while cartel formation is not significantly different from the baseline case where cartels cannot be formed.

Next, looking at the bonus case, we would expect it to perform better than leniency but gives the highest percentage of cartels formed out of the three cases, and the prices in this ‘game’ were higher than that of leniency and the ideal case where cartels cannot be formed.

Entering into a cartel in bonus with an agreement on high prices may be attractive to many players; first, they can collude on prices, then report fellow cartel members and collect as a bonus all fines paid by other players – which could be hard to resist. This phenomenon would likely disintegrate if the game is repeatedly played and players had a chance to learn and realize cartels are prone to whistleblowing. The drawbacks of the experiment mentioned above is that it does not tell us anything about long-term cartels, which is likely to be a problem in the cryptocurrency space with pump and dump groups and scammers.

Hamaguchi et al. also look at the anti-trust problem finding that bonus payments and a higher number of cartels participants leads to a higher rate of dissolution. But with the Bitconnect case, there are a low number of participants; Craig Wright, Trevon James, and Crypto Nick.

Implications for the Cryptocurrency Market

So how do the experimental results translate to the Bitconnect case? Well, Crypto Nick’s silence suggests that he may be counting on the authorities permitting leniency or a bonus for coming forward with evidence (as shown above whistleblowers get 10 to 30 percent of proceeds from the CFTC for Pump and Dump groups).

So why are the CFTC offering ‘bonuses’? Because leniency could enforce collusion even further (as shown by our simple analysis); since this reduces the cost of collusion and could be used as a credible threat to enforce illicit agreements. On the other hand, bonuses could end up playing right into the hands of such groups, who will use this as a threat to participants to keep silent on their bad practice. In any case, more recent experimental evidence shows that positive enforcement, i.e., giving a reward, has a substantial impact on denting cartels.

Further research is needed to determine the effectiveness of the policy as applied to cryptocurrency markets, where there are plenty of opportunities to communicate (via Twitter, Reddit, and so on) to give prompts for collusive actions, and the potential proceeds are vast.

The end result of the cases against the promoters of Bitconnect should educate policymakers on the best responses against similar schemes in the future and be crucial for regulation of the cryptocurrency market as a whole. They will have to find some way of changing the game or payoffs to influence participants to come forward to authorities.

If leniency is given to any of the defendants, this could serve as a signal to other cartels and pump and dump groups that they are now under scrutiny and the publicity of the Bitconnect case could drive this point home even further. Bonuses for whistleblowers strengthens this even further by eroding trust between cartel participants, and such schemes have been used since the 13th century in England, where a bounty was paid to any private party that enforced the law.

The allegations against the trio mentioned above is not the end of the road; there are suspected to be even bigger groups manipulating the price of bitcoin, as documented extensively by Bitfinex’ed. Maybe we will see more announcements from regulators offering rewards in an effort to incentivize self-regulation of the cryptocurrency markets. But the rewards will have to outweigh the probability of successfully getting away with financial crimes and the potential takings.