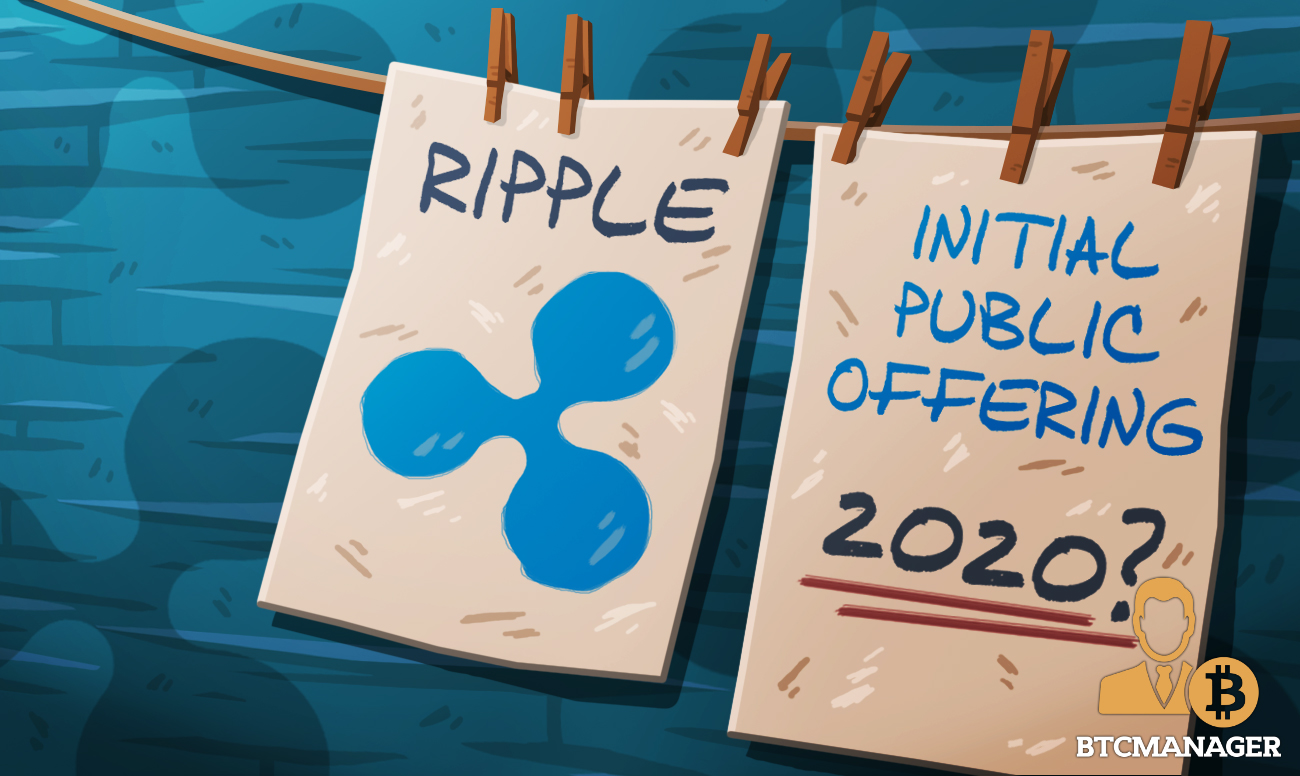 Brad Garlinghouse, CEO of blockchain firm Ripple, has hinted that the company may pursue an initial public offering (IPO) sometime in 2020.

In a tweet posted by Senior Vice President of Product at Ripple, Asheesh Birla, the CEO of the blockchain firm Brad Garlinghouse was quoted hinting at the company’s plans to go public within the next 12 months.

Speaking at the World Economic Forum in Davos, Garlinghouse expressed his views about bitcoin (BTC) being a store of value rather than a payment method. The CEO also said that launching an IPO is a natural evolution for Ripple.

Ripple is the latest major player in the crypto space to be identified with going public. Recently, Grayscale Bitcoin Trust (GBTC) obtained clearance from the SEC to be a reporting company prompting commentators to highlight the possibility of the company pursuing a public listing.

Despite the controversy over its control of the XRP cryptocurrency, Ripple has been able to continuously attract investors. As previously reported by <em>BTCManager</em>, the company successfully navigated a $200 million Series C funding round led by investment firm Tetragon.

Following the conclusion of the Series C funding round, the blockchain payments startup reached a valuation of $10 billion, receiving close to $300 million in funding from investors.

If Ripple decides to pursue public listing then the current legal tussles might constitute a stumblingblock. Disgruntled investors have taken the firm to court alleging that Rippe’s XRP sales constitute an illegal distribution of unlicensed securities.

Ripple for its part maintains that XRP is not a security since the token does not constitute an investment contract. Federal regulators in the U.S. are yet to issue a classification for the third-ranked crypto token.

However, in its maiden rankings, the Crypto Ratings Council — a self-regulatory body created by major crypto players like Coinbase and Bittrex classified XRP as being like a security.

On Wednesday (January 22, 2020), the firm released its Q4 2019 market report showing its operations for the last three months of the years. According to the report, XRP sales for the quarter stood at $13.08 million, an 80 percent drop from the figures published in its Q3 report.