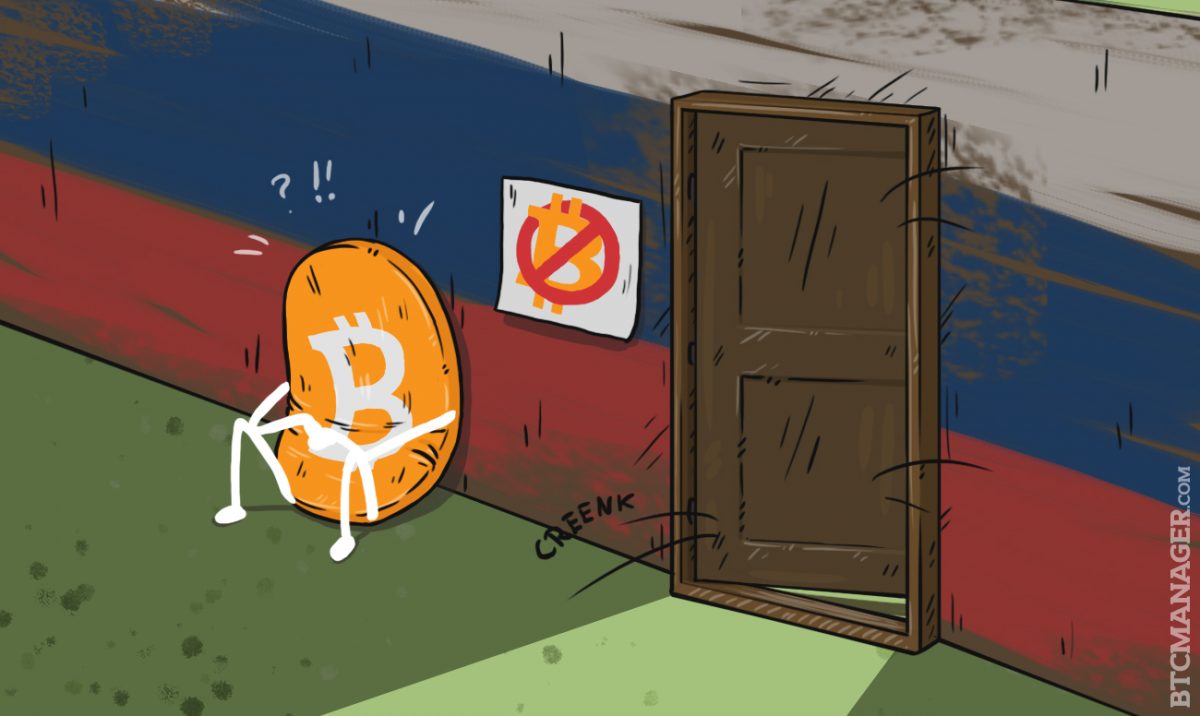 Bitcoin and other cryptocurrencies should be treated like foreign currency, the Russian Ministry of Finance suggests while Bitcoin transactions could spark the suspicion of illegal activities.

Russia’s position on cryptocurrencies is an enigma. For years there have been rumors that the government plans to ban Bitcoin and impose harsh penalties of up to four years in prison. Yet still, legal clarification is missing and everything is pending.

After the Russian Central Bank was said to take the view of Bitcoin as an illegal monetary substitute, a new document of the Ministry of Finance indicates that at least the trading of bitcoin has a chance to become legal. According to Russian Blockchain blog Forklog.net, on November 29 a letter from Russia’s Federal Tax Service was published, which was written in early October.

With the help of Google translation, the letter can be understood. Firstly, the Ministry explains why the Central Bank of Russia considers Bitcoin illegal, “ …the official currency of the Russian Federation is the Ruble. The introduction of other monetary units and the issue of money substitutes is forbidden.” There should be no money besides your legal tender.

The Ministry of Finance, however, disagrees, “The ban on Russian citizens and organizations” for buying and selling cryptocurrency “does not contain.” The reason is the Russian Law “On Currency Regulation and Currency Control”. According to this law, the Federal Tax Service of Russia considers the exchange of currencies by Russian residents not prohibited. Since cryptocurrency is not defined by Russian Law, there is no reason to treat Bitcoin differently from other foreign currencies:

“The operations associated with the acquisition or sale of cryptocurrency using foreign exchange assets and/or Russian Federation currency are foreign currency transactions.”

Artiom Tolkachev, the chairman of the Russian Blockchain Community, tells Forklog, that one message of the letter is that “the Russian laws do not contain any prohibitions as to operations with cryptocurrencies conducted by Russian citizens and organizations.” Therefore trading cryptocurrencies and operating cryptocurrency exchanges should be legal in Russia.

One advantage the Ministry of Finance seems to find in the legalization of Bitcoin is that it can be better controlled as a consequence. If cryptocurrency has the same legal status as foreign currencies, it can be taxed and regulated like them. The authorities can apply existing rules and build instruments to work with cryptocurrencies.

The letter confirms that the use of cryptocurrency for transactions “is the basis for considering such transactions as possibly related to money laundering and terrorist funding.” Using Bitcoin can enable a general suspicion. The tax authorities and the regulators should obtain, “information about the conduct of the sales operations cryptocurrency,” and the Federal Financial Monitoring Service of the Russian Federal Tax Service should develop methods to control and observe the activity of the cryptocurrency businesses and their users.

The consideration of cryptocurrency transactions as a sufficient reason to suspect illegal activities makes the letter a double-edged sword. Because of this Tolkachev says, “the conclusion concerning currency operations looks extremely weird.”

Still, the letter of the Finance Ministry is an indicator of a positive development and a softer approach of the Russian government to cryptocurrency. Final clarity, however, will not emerge before the government passes a law or, at least, makes a decision. Such a law was expected to be passed by the end of 2016. Likely the Russian Bitcoin industry will have to wait even longer for a final decision from the government.