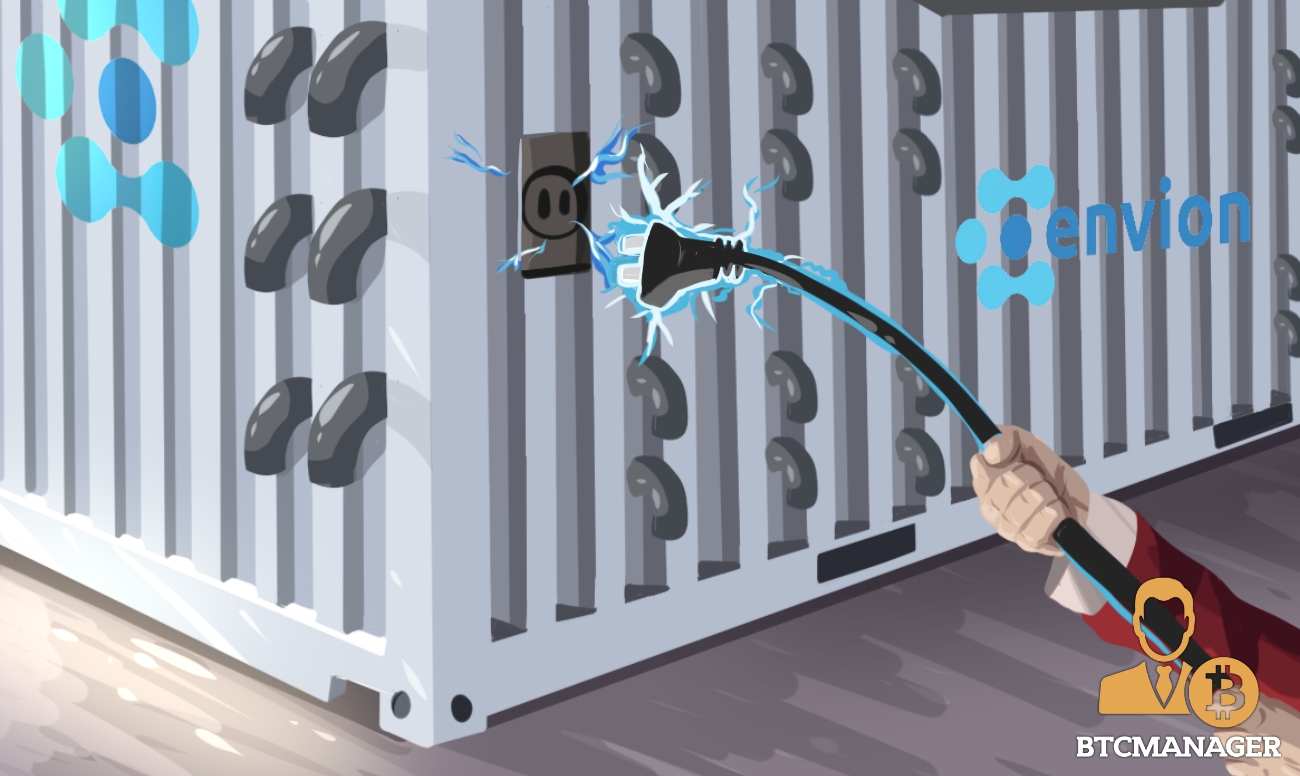 Envion, a Switzerland-based startup that claims to make use of renewable energy in providing off-grid cryptocurrency mining, has reportedly been shut down by the cantonal court of Zug, in crypto-friendly Switzerland following an alleged illegal initial coin offering (ICO), according to a Handelsblatt Global report on November 28, 2018.

Envion AG, an ICO project that began its journey earlier in January 2018, has reportedly reached the end of the road just a few months down the line, as a Swiss court has finally shut it down.

As reported by BTCManager in July 2018, the Swiss Financial Market Supervisory Authority (FINMA)launched an investigation into the ICO conducted by Envion AG, after the startup and its founders allegedly violated the Swiss banking laws by illegally accepting deposits from contributors during its crypto-based fundraiser.

At the time, it was alleged that Envion AG raised roughly 100 million Swiss francs (about $100 million) from over 30,000 investors and issued EVN tokens to participants in the form of bonds.

Created in Switzerland by Michael Luckow in collaboration with Mathias Woestmann, the Envion project which started as a credible and promising blockchain platform focused on making cryptocurrency mining more eco-friendly with its state-of-the-art, Mobile Mining Units (MMUs) powered by the cleanest and cheapest energy.

However, it appears the project will never see the light of day as its progress has been crippled by disagreements between its founders and a lingering court case.

Per sources close to the matter, the founders of Envion temporarily entrusted their shares in the company to Woestmann.

Woestmann on the other hand failed to return the assets to the rightful owners at the time they requested for it. Instead, the CEO reportedly “diluted” the shares to maintain full control of the startup.

Investors Asked to Identify Themselves Formally

Now, the cantonal court in Zug has reportedly shut down Envion and ordered its liquidation, stating categorically that the firm lacked a proper board and did not conduct any form of auditing.

Although Luckow has reportedly been making efforts aimed at salvaging the situation and preventing the Envion project from getting liquidated, financial supervisors have engaged an investigator to make sure the liquidation goes ahead.

The bankruptcy office has mandated all Envion investors who wish to get refunds, to identify themselves via a letter within one month following the announcement, else they will not be considered during the bankruptcy proceedings.