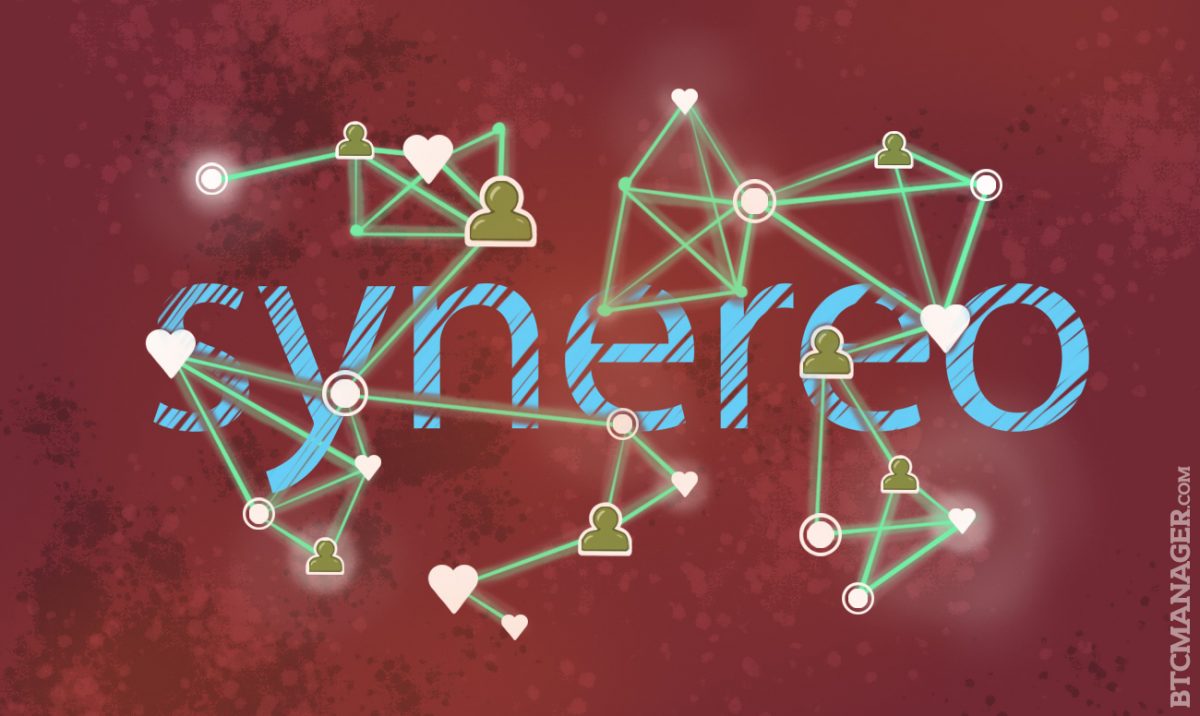 Synereo, marketed as a decentralized and distributed social network designed for an “attention economy” which launched back in March of 2015, is releasing an alpha version of their platform with a timeline for early September. The alpha release will showcase the fundamentals of Synereo’s ‘social layer’ with test markets.

Everything Synereo hopes to accomplish is described in detail in their whitepaper, which is all condensed by the ‘Ello Manifesto’:

“Your social network is owned by advertisers. Every post you share, every friend you make and every link you follow is tracked, recorded and converted into data. Advertisers buy your data so they can show you more ads. You are the product that’s bought and sold. We believe there is a better way. We believe in audacity. We believe in beauty, simplicity, and transparency. We believe that people who make things and the people who use them should be in partnership. We believe a social network can be a tool for empowerment. Not a tool to deceive, coworkers and manipulate – but a place to connect, create and celebrate life. You are not a product.”

Synereo describes itself as a Blockchain 2.0 cryptocurrency, using “the creation of a sharded, composable proof-of-stake-based Blockchain – running, concurrently, at much faster rates.” The cryptocurrency behind Synereo, known as AMP, belongs to the list of the fifteen largest cryptocurrencies by market capitalization.

Compared to Bitcoin’s Blockchain, where every node in the network is responsible for the same work and must host all information at once, each “shard” in Synereo’s system is responsible for only small pieces of the network at a given time. The shards can be joined in bigger shards, and the shards into larger shards still. Synereo claims that their Blockchain is truly decentralized distributed rather than just being massively replicated across a network.

Coupled with the fact that Synereo has was developed using process calculus, a mathematical approach specifically designed for distributed and parallel computing, Synereo’s platform will easily be scalable.

According to Synereo’s whitepaper, the key to any good social network is managing information effectively. This is where the “attention economy” comes into play. Attention is naturally our brain’s method of managing information so what better way to customize content for each individual’s unique preferences?

“Attention is the brain’s natural method information management, and is a scarce and valuable commodity.”

AMP serves as a way to amplify information flows throughout the network and consequently should give them market value, with AMP currently just above $0.10. If people want to grab your attention non-organically, they will have to purchase AMPs to achieve this.

Outside of social networking, the platform aims to offer distributed storage, smart contracts, formal verification, built-in communication capabilities, as well as an integrated digital currency payment module with standard payment functions integrated in the future. As the network grows and the economy based on this platform flourishes, AMP will become more valuable over the long term.

It will be exciting to see what the first applications developers create for this platform will look like, and if Synereo’s claims of true scalability increased transaction rates as well as lowered confirmation times, hold up in real life situations. In addition, given that the project grows and develops new markets, AMP may eventually become a de-facto currency. Others, such as Steemit who have developed their own blockchain and Yours, who are working with the Bitcoin protocol, are also looking to merge cryptocurrency and social media.

Others, such as Steemit, who have developed their own blockchain, and Yours, who are working with the Bitcoin protocol, are also looking to merge cryptocurrency and social media.