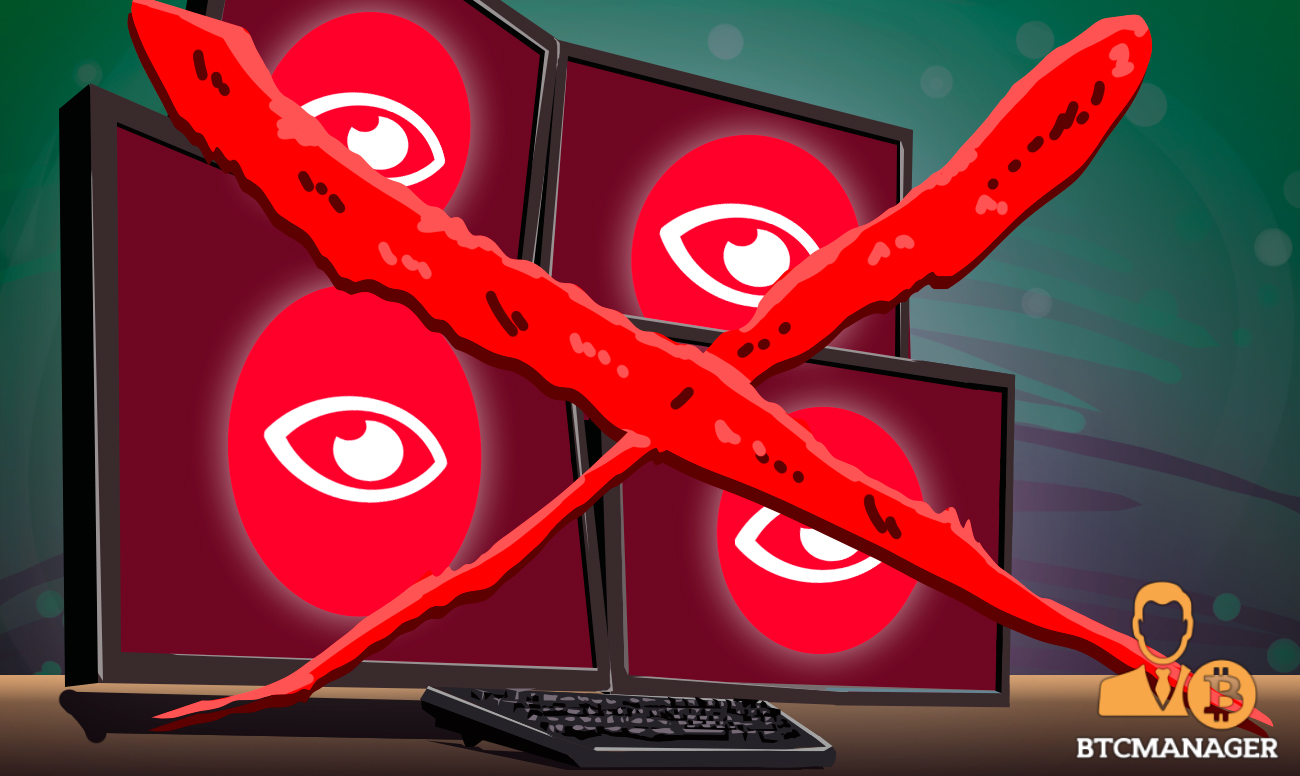 One of the most important narratives in the crypto space has been its stand against centralization. In today’s globalized economy, where different cultures and ethnicities rapidly consolidate around the same interests in technology, social media, and free services, there is an alarming sense that Internet use is becoming more centralized, which gives birth to technology monopolies now operating under a new system called “Surveillance capitalism.”

For years, companies like Facebook, Apple, Google, and Amazon have leveraged the data users willingly give away in exchange for free or discounted services to establish themselves as monopolies across a multitude of industries, from search and smartphones to social media and e-commerce.

Users have been deceived into believing that convenience doesn’t come at a price. Yet every time one enters personal info into a text box, click on a video link, or simply scroll over the content on a website, these services are tracking users’ journey through the Internet, taking note of their actions, and formulating a profile about them to which advertisers can easily sell.

Sometimes, the benefits are clear. As advertising algorithms get better at matching the right advertisements to interests, it is easy to see an improvement in the accuracy of the content and products being recommended to specific users.

However, when the same algorithms that innocently recommend clothing items or events suddenly start pushing political messages designed to sway votes during presidential elections, it is critical to take a step back and evaluate how much influence these tech companies have over citizens’ lives.

Enter blockchain and cryptocurrencies. A technology designed to allow decentralized systems to operate based on consensus protocols and codified rules. Theoretically, no one is in charge, therefore, no one can develop a system that forces private information to be given in exchange for “free services.”

However, what makes blockchain and cryptocurrencies particularly threatening to surveillance capitalism is its emphasis on privacy.

The ability to anonymously transact money or other forms of value between people online is a direct affront to the systems currently set up by companies like Facebook, Apple Google, and Amazon.

A few key examples include the Basic Attention Token (BAT) and its platform Brave. Brave aims to disrupt digital advertising by offering a privacy-focused browser that shields users away from third-party ads and trackers. On this browser, publishers, advertisers, and users are all incentivized to help each party generate the most value.

Demand for BAT tokens is driven by advertisers paying publishers in BATs to have their ads viewed by users. Users also earn BATs when they view ads. User attention is monitored on their devices and in the Brave browser using machine-learning technology. More importantly, private data always remains contained within the devices being used. Lastly, advertisers get a better ROI as a result of a more accurate and incentive-based system.

Another example is Steemit, which is a decentralized alternative to Facebook, Twitter, and YouTube. Their operating model is simple: a social network free of censorship, where users can monetize their content by earning cryptocurrencies when people upvote their posts.

In many ways, these platforms aspire to take what users value most about their highly-advanced social media apps while bringing them back to a time when interactions were peer to peer, anonymity was cherished, and corporations were unable to impose their will as intermediaries or advertisers.

Unsurprisingly, many have jumped onto these platforms to discover better ways to earn a fair wage for the content they produce, escape the threat of data exploitation (as seen in the recent Cambridge Analytica scandal), or simply share ideas that may be deemed to be “unsafe.”

The Allure of Surveillance Capitalism

Despite the potential for crypto-based platforms to disrupt tech monopolies, even these decentralized platforms are not immune to the allure of surveillance capitalism.

As gateways to the world of cryptocurrencies, centralized exchanges like Coinbase have amassed large amounts of influence over the years. These companies control the power to make or break blockchain projects and are usually the only businesses that remain profitable regardless of the volatility that the crypto market experiences.

Worst of all however is their re-introduction of surveillance capitalism via enforced KYC policies. The requirements for users to verify their identity (although necessary to prevent criminals from leveraging crypto exchanges) compromises censorship resistance and exposes user data from being manipulated by bad actors.

An example of this is the recent incident in which Coinbase faced major backlash for acquiring the tech team behind Neutrino, a blockchain analytics company. This team was previously involved in a hacking project that sold spyware to governments with a record of human rights abuses. In response to the backlash, Coinbase chose to cut ties with the team altogether.

Such an incident points to the ease in which market-centralized entities in crypto can easily adopt the same dangerous tactics that have been observed in Facebook and Google.

For a centralized online platform with traditional shareholders and ambitions to achieve an IPO, the allure of leveraging user data for personal profit is undeniable. It’s only through decentralized and distributed ledger systems that the ability to profit from user data is almost completely eliminated from the equation, and replaced by fairer and more transparent profit generating schemes, such as cryptocurrency mining, or different forms of value exchange under unique token economic models.

As blockchain technology continues to garner mainstream attention, there is a growing concern that the leaders of surveillance capitalism will seek to adopt the technology by developing their own cryptocurrencies or acquiring existing blockchain platforms.

Although smaller crypto companies may cash out to assist these monopolies, it’s far less likely that those who are true pioneers of the space, such as Changpeng Zhao, founder of Binance, or Vitalik Buterin, co-founder of Ethereum, would ever give up on what they’ve achieved to assist in helping a Google, Facebook, Apple or Amazon make more profits for their shareholders.

For the founders of successful blockchain projects, there’s an inherent recognition that what they’re building is more than just another cool app, but an orchestrated social experiment powered by decentralized technology.

A system like the Ethereum blockchain requires rules of governance, a community of developers numbering in the thousands, and highly complex consensus mechanisms that must find a delicate balance between security, privacy, and speed.

As if that wasn’t difficult enough, founders like Changpeng Zhao and Vitalik Buterin are faced with the same level of scrutiny that decade-old publicly traded companies’ experience, despite running what are still technically startups.

The challenges are immense, yet the industry is already showing glimpses of the long-term rewards that await the founders who operate these blockchain companies: billions of dollars in wealth generated for themselves, potentially thousands of investors, and a solidified status as industry pioneers.

It’s safe to say this is more than what today’s tech giants can offer.

Facebook, Amazon, Apple, and Google have created a reality in which technology is present in every aspect of daily life, which unfortunately comes at a price of lost privacy, and restrictions to autonomy and free speech.

The defending argument has always been that these are private companies that can do as they please, and if people don’t wish to compromise their privacy and autonomy, then they simply shouldn’t use them.

Fortunately, with the rise of cryptocurrencies and blockchain platforms, there truly is a better alternative, and right now, nothing could be more dangerous than the idea of regaining online privacy and autonomy, only to have it bought back by the centralized corporations that stand for the exact opposite of these values.

Crypto stands in opposition to the centralized monopolistic organizations that generate wealth by exploiting user data. It is therefore in the best interest of society and all those who stand against data exploitation to seek and adopt decentralized alternatives to the cartel of tech companies responsible for our current system of surveillance capitalism.