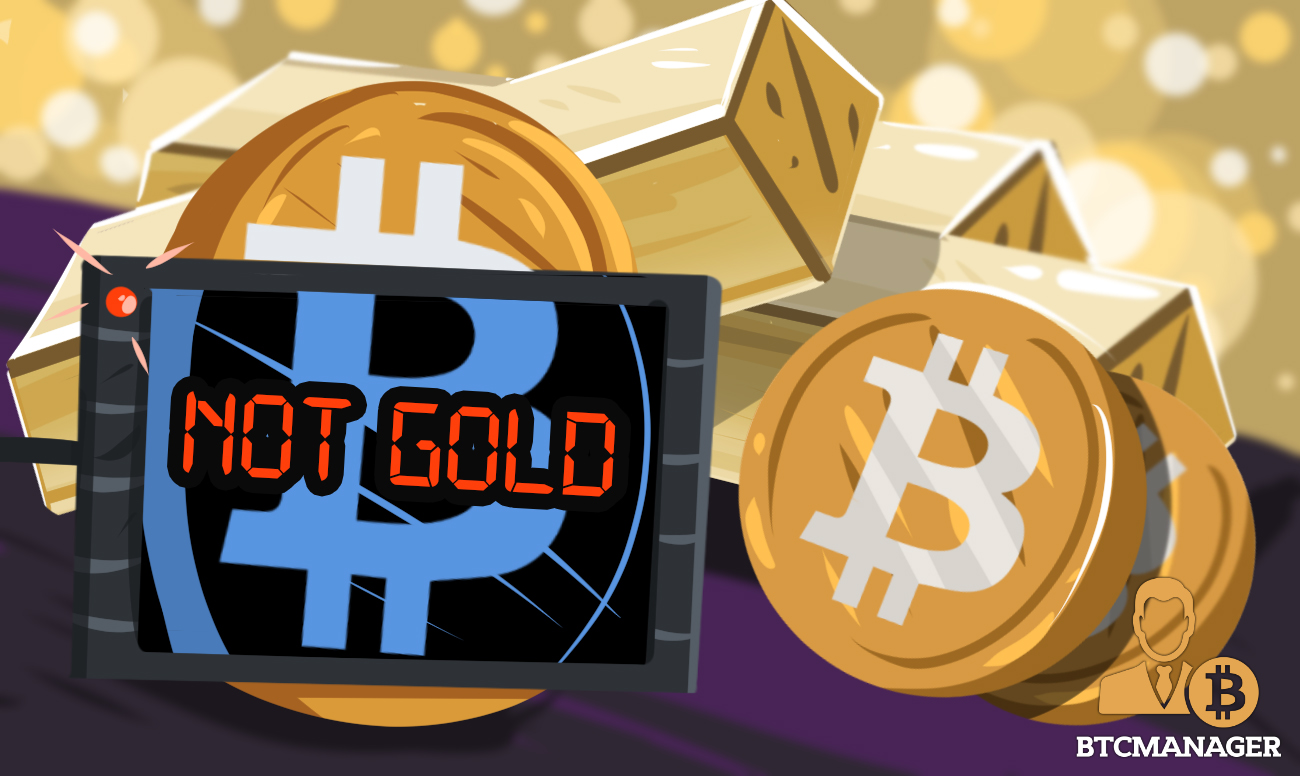 Answering whether or not cryptocurrencies can potentially replace gold, Adam Perlaky, Manager of Investment Research at World Gold Council, compared recent stats of both assets. In a blog on May 2, 2019, he opined that cryptocurrency is a promising technology, but far from being a match to gold.

There have long been discussions about the potential of cryptocurrencies, especially Bitcoin,  becoming an asset that can surpass gold as an investment. It was reported in January 2019 that the Winklevoss twins had expressed their confidence in Bitcoin taking over gold in terms of value as well as significance.

Addressing similar opinions of the crypto community and questions related to these, Adam Perlaky wrote in his blog post that gold and cryptocurrencies are separated by huge differences and that cryptos do not pose any such characteristics, either in theory or in practice, to be able to replace gold. He justified his thoughts by comparing cryptocurrencies and gold under properties such as volatility, liquidity, regulatory compliance, demand, supply, safety, etc.

The extreme volatility of cryptocurrencies, he wrote, “disrupts its use as a medium of exchange and discourages strategic investments .” Furthermore, gold trades $150 billion a day, which is 100 times more than that of bitcoin trades, and it has existed since 600 BC, while cryptos are merely a decade old. Also he noted that the lack of regulation has brought down the trust in cryptocurrencies.

As a conclusion, Perlaky wrote that while cryptocurrencies and blockchain technology might have a huge role to play in the future, cryptos cannot replace gold and “gold should remain a component in all investment portfolios.”

The fear of missing out on the cryptocurrency bull run is very real amongst investors, as has proved to be the fear of losing it all during the crypto blood bath. On January 28, 2019, BTC Manager reported that CEO of Van Eck Associates, Jan Van Eck, had revealed that their survey of 4,000 bitcoin traders found that following the bitcoin price slump, most crypto investors had started seeking resort in gold investments and considering it as their number one investment.

The result of the survey could be considered proof that cryptocurrencies are actually far behind gold when it comes to value, trust, and significance. But the question still remains as to what the future holds for cryptocurrencies, as they are not exclusively investment assets.