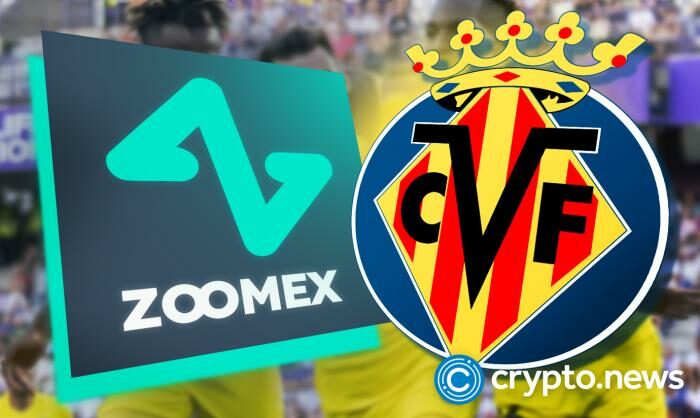 ZOOMEX exchange announced that it is organizing a ZOOMEX World Cup campaign, where participants can win a signed jersey from Messi.

The ZOOMEX campaign is related to the 2022 World Cup. Participants in the campaign will be able to pick the winners for the individual matches. If the predictions are correct, they will have more chances to win the prize. The prize is the exclusively signed jersey of Leo Messi for the Argentina World Cup team.

About the ZOOMEX World Cup campaign

As the most anticipated global event of the year, the World Cup, draws near, ZOOMEX is pleased to announce that their founder, Mr. Amos, received a mysterious gift from Leo Messi. The gift is his exclusively signed jersey for the Argentina World Cup team.

Messi inscribed the following on the jersey: “Dear Amos of ZOOMEX, I wish you all the best in the future. Leo Messi.” The text is written on the jersey originally in Spanish.

Mr. Amos, the founder of ZOOMEX, said after receiving the signed jersey written by Messi:

“Messi is a great player, this gift is very precious, ZOOMEX will continue to support sports, serve our customers well, and wish Messi the best of luck in the 2022 World Cup.”

ZOOMEX does not want to keep the jersey for itself, so the founder decided to offer customers the opportunity to have Messi’s jersey by participating in the ZOOMEX World Cup Predict campaign. Parties in the campaign will get the chance to own Messi’s autographed jersey, a unique object that has huge value for ZOOMEX and football fans.

To win the signed jersey from Messi, you must participate in the ZOOMEX World Cup campaign and correctly guess the winner of each match.

Zoomex, established in 2021 in Singapore, is an exchange that has steadily been growing. It is also a cryptocurrency trading platform with high-tech blockchain technology that offers customer-oriented services. ZOOMEX wants to set itself apart from the competition by being known as a company that prioritizes its customers. They believe this technology will prosper and increase the value of assets.

The platform offers the highest possible level of asset protection. It strives to protect its customers’ assets and provide the best online trading service under their trust and creation values in the changing cryptocurrency market.

They have also maintained an active investment and enthusiasm for sports. Not only have they become the official sponsor of Villarreal in LaLiga, but they have also become partners of many leagues, such as Serie A. Today, ZOOMEX cherishes this gift from the GOAT Messi very much and would like to share it with you.

Information about the $5 World Cup Welcome Bonus can be found at the bottom of the official ZOOMEX Rewards Hub. Also, you can connect with them on Twitter.