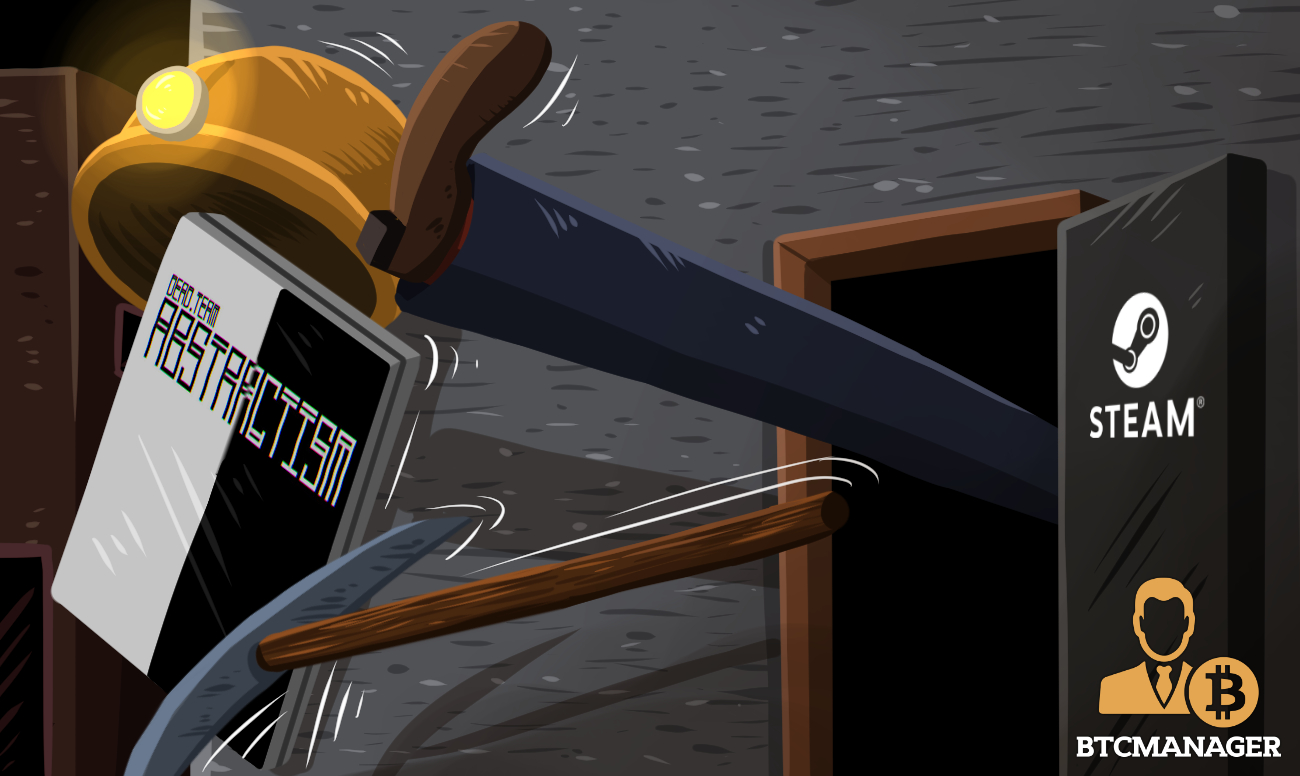 Abstractism, a simple platform based game, was pulled from the Steam Store on July 30, 2018, after allegations that the game was mining cryptocurrencies on players computers.

The game is a basic platformer meant to encourage relaxation during gameplay. However, players began noticing that though Abstractism was a simple arcade-style game with rudimentary graphics, it was using a significant amount of CPU and GPU power.

Furthermore, the game developers encouraged users to keep the game running in at all times. This would potentially give hackers more of an opportunity to mine cryptocurrency using the hash power of their victims’ computers.

Youtuber SidAlpha rang the alarm while he was in a Team Fortress 2 forum and noticed that Abstractism was linked to fake items. The Youtuber also saw that the Steam Marketplace, a forum for purchasing digital items with real currency, was suddenly filled with items originating from Abstractism. These items were made to appear as if they were valuable items from other games such as Team Fortress 2.

Items in the Steam Marketplace were designed to lure in unsuspecting customers, sticking them with a bill without delivering an item that could be utilized in their game. Instead, the items all tracked back to Abstractism. While some articles appeared to be legitimate, others were outright jokes or memes.

SidAlpha then went on to scan the program for malware which turned up with several suspicious executables in the code. After pressing the developer Okalo Union, the malware was explained as necessary launchers for dropping items.

Ultimately, a user on the game’s page stated that it appeared the game was mining cryptocurrency. Oddly enough, Okalo Union said “Bitcoin is outdated,” and then, “We currently use Abstractism to mine only Monero coins.”

To add even more confusion, Okalo Union went on to state that the game did not mine any cryptocurrency and that the CPU/GPU power being used on the game was probably due to playing on a high graphics setting. This makes very little sense given the game’s rudimentary graphics.

Monero (XMR) bills itself as a decentralized, anonymous, and untraceable currency operating on an open source platform. The price currently sits at around $121.

While Steam has offered no official reason, the game has since been pulled from the steam store.