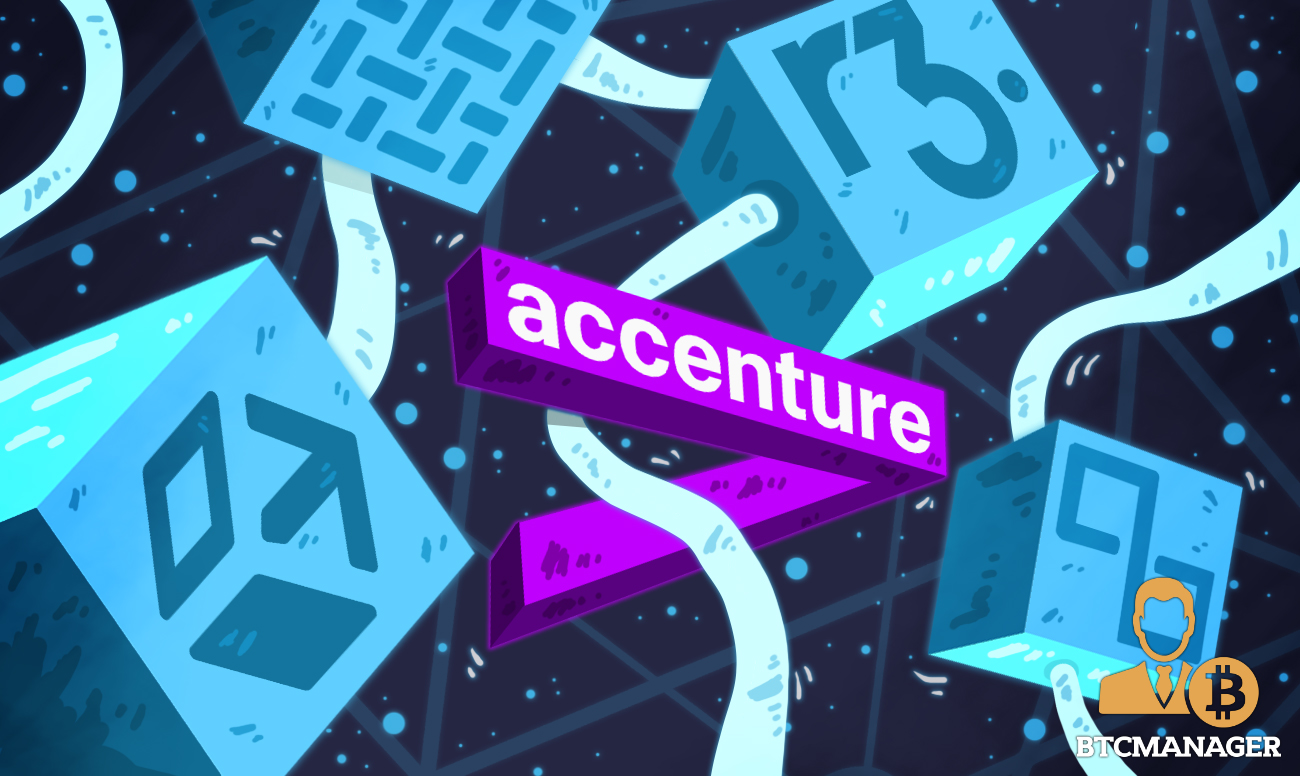 Technology company Accenture has announced two new solutions that will enable interoperability between major blockchain networks, in a press release issued October 22, 2018. The company has stated that its solution will allow integration and communication between multiple blockchains, which will, in turn, drive broader adoption of the technology. The distributed ledgers tested so far include Digital Asset, Hyperledger Fabric, Quorum, and R3 Corda.

The announcement quoted a study by research company Gartner, “The Evolving Landscape of Blockchain Technology Platforms,” to highlight the problem in today’s blockchain landscape. According to the authors of the paper, the blockchain industry already consists of 70 contending platforms and protocols. Over time, this figure will drastically reduce and consolidate to a small list due to market dynamics and competition.

According to Accenture’s Managing Director and Global Blockchain Lead, Dave Treat, an interoperability solution between all of these blockchains could allow businesses to utilize different technologies to work in tandem. He added that the solutions can also mitigate “key concerns about picking the ‘wrong’ platform or having to rebuild if one partner uses something different.”

Treat emphasized, “The key challenge was to develop the ability to integrate without introducing ‘operational messaging’ between distributed ledger technology platforms to stay true to the principles and benefits of blockchain technology.” Since most, if not all, blockchain networks are designed to be fundamentally decentralized and trustless, interoperability cannot come at the cost of sacrificing either principle.

The two solutions Accenture has developed will allow it to connect four enterprise-grade blockchains developed by IBM, JPMorgan, and the R3 consortium. The company plans to introduce this technology to other blockchain platforms in the future, regardless of the data structure or backend infrastructure used.

An accompanying report co-authored by David Treat explained that Accenture’s integration solution would employ a trusted interoperability node that will serve as the gateway between two or more blockchains. This will enable either the transfer of a tokenized asset or the mapping of two different blocks from separate blockchains.

The authors explained that to achieve this, “An integration protocol requires that the leaders of two or more DLT based ecosystems establish the business rules, policies, standards and governance by which they agree to work together.”

In particular, the participating blockchains need to have an asset locking mechanism, as well as the ability to prevent double spending. “At a high-level, assets are transferred from one DLT to another by “locking” the asset on the first chain and then creating a representation of the asset on the second DLT platform.”

Double spending, on the other hand, is required to ‘maintain as many blockchain-like guarantees as is possible.’ In the case of a digital currency, for instance, a user should only be given access to the new, transferred token.

In a supply chain scenario, Accenture said that the issue of double spending might cause certain items to disappear and others to be over-represented. Last week, Accenture announced a supply chain blockchain solution in partnership with Thailand-based Siam Commercial Bank. The two firms said that the platform would use R3’s Corda blockchain to establish a procure to pay system.