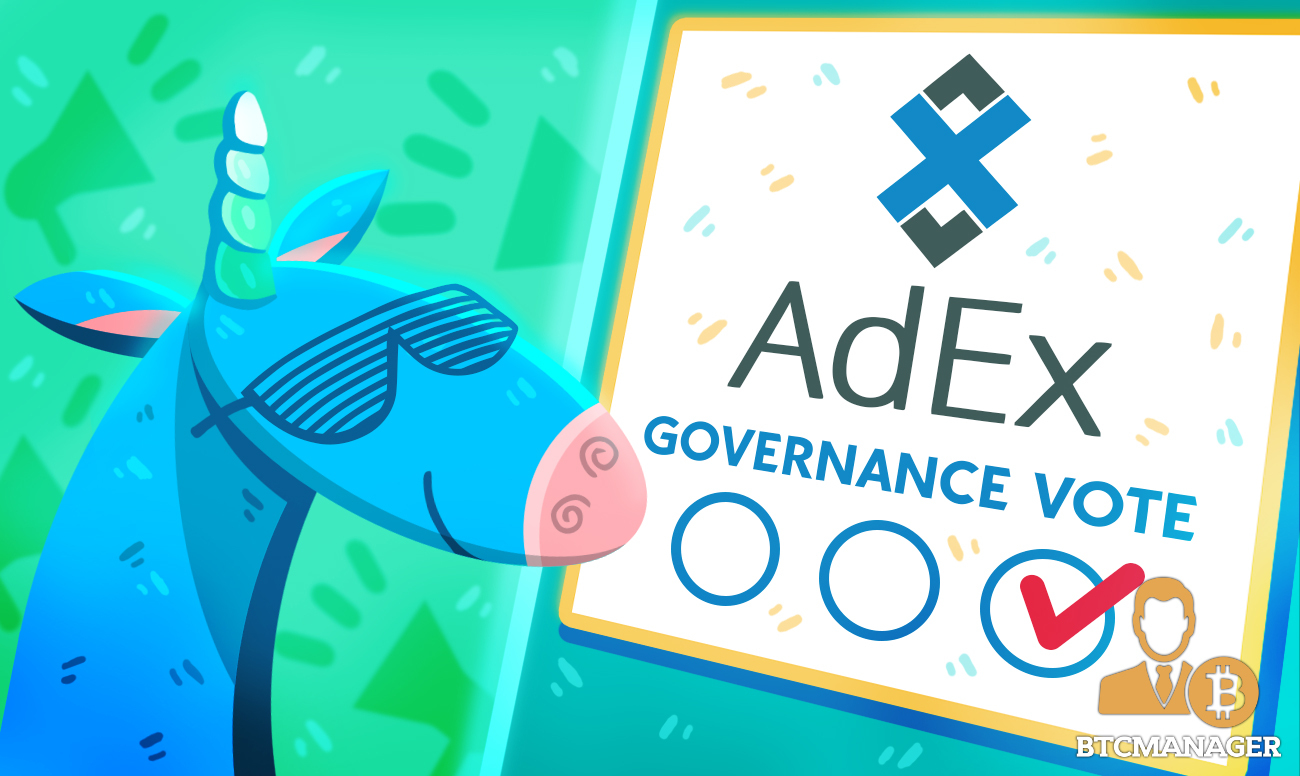 Back in September AdEx kickstarted an incentivized staking program to increase the bonded ADX towards validators, which makes the network more secure. Initially, 7M new ADX were minted and are being distributed to active (bonded) stakers by the end of 2020.

By locking their ADX in the AdEx Staking Portal, users receive ADX yield by the end of 2020. Stakers who opt in for the AdEx Loyalty Pool also earn ADX-LOYALTY tokens that allow them access to governance votes. Holding ADX-LOYALTY tokens not only empowers governance but also generates passive income in the form of interest. This predictable interest varies between 10% and 50% according to the current ADX price as specified by a Chainlink oracle; a concept named elastic issuance.

This month AdEx introduces its first governance vote, involving its community in important decisions for the future of the company. Thanks to snapshot.page, Loyalty Pool participants (ADX-LOYALTY holders) can vote on various proposals related to the development of AdEx, both the underlying protocol and the ad network on top of it.

Proposals will be submitted by the AdEx team and voted on by the community, and based on this signaling we’ll make decisions regarding the road ahead.

The first AdEx Governance vote will determine the number of ADX to be minted in 2021 for staking rewards and incentives. Higher amounts will mean higher APY, but will move the ADX supply quicker towards it’s maximum of 150 million, so a very important decision will lay in the hands of  ADX-LOYALTY holders.

AdEx Network is a new-generation solution aiming to address and correct some of the most prominent inefficiencies of the online advertising industry: ad fraud, lack of transparency in reporting, end-user privacy misuse, etc.

AdEx originated in 2017 as a decentralized ad exchange and subsequently evolved into a full protocol for decentralized digital advertising. The protocol facilitates the trading of advertising space/time, as well as the subsequent verification and proof of ad delivery. It covers all interactions between publishers, advertisers, and end-users. The protocol combines traditional peer-to-peer technology, cryptography and blockchain.

The AdEx team also develops an open-source platform built on top of the Ethereum implementation of the protocol, available at https://platform.adex.network/.