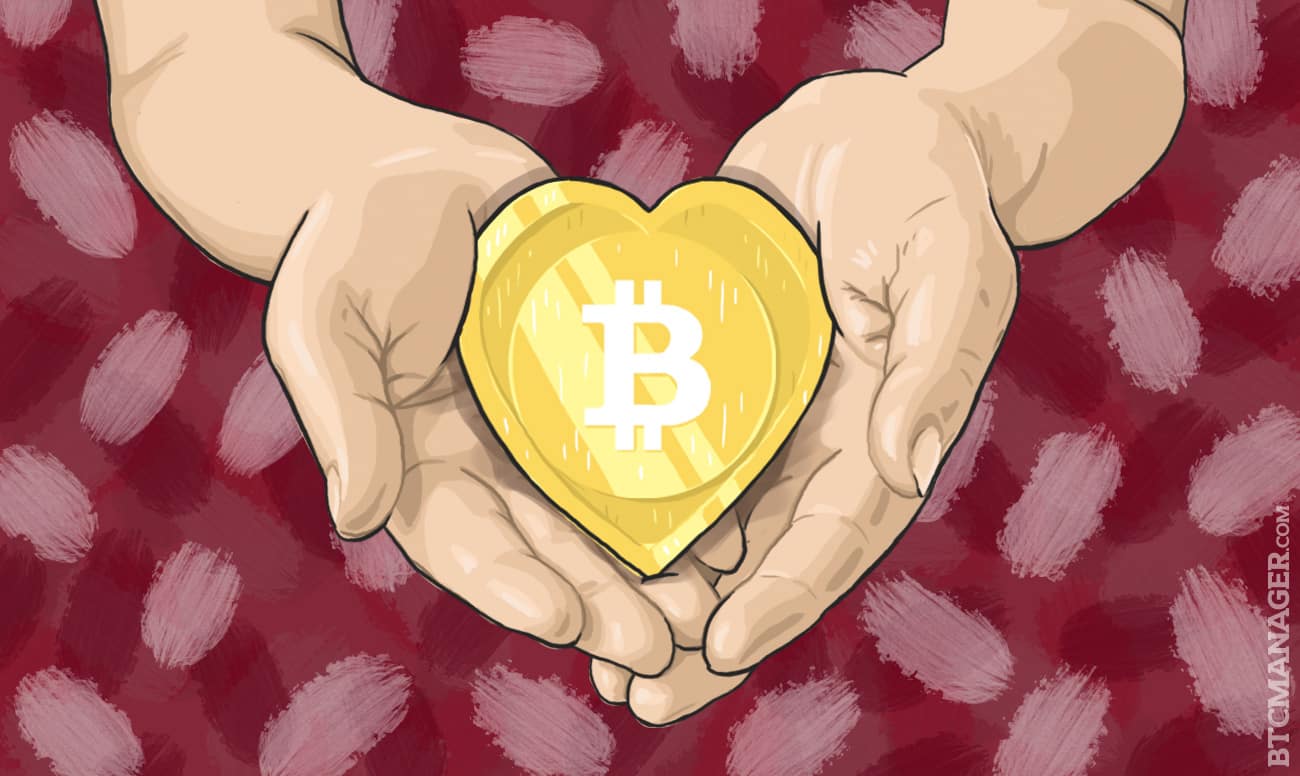 Despite ongoing progress and advancements among global nations and citizens, significant barriers to economic, social and political freedom still exist today. Poor and downtrodden people struggle to gain some momentum worldwide amid statist controlled governments and devalued currencies. Billions of people find themselves unbanked or underbanked, even in highly developed nations, preventing their active participation in the new economy. Displaced immigrants continue to struggle for new homes and political recognition. In underdeveloped nations, even property owners often possess no legal title to their land holdings.

Now for the good news: Growing numbers of savvy entrepreneurs and humanitarian advocates are stepping forward to champion blockchain-centric ideas and solutions to these issues. It’s a movement that’s been largely fueled by bitcoins’ growing repute worldwide as a payment transaction mechanism and credible store of value. From migrant workers sending money home to their families to activists seeking alternative ways to receive funding in corrupt political environments, bitcoin and its supportive blockchain technology provides options that can overcome barriers to personal autonomy and democracy.

Ensuing from all of this are new opportunities for monetary transaction and personal freedom. These include the means of directly controlling one’s personal funds without a third-party intermediary as well the ability to provide anonymous donations to humanitarian causes and have them immediately directed to the intended beneficiaries. This practical philosophy aligns well with the United Nations Covenant On Economic, Cultural, and Social Rights which says:

All peoples have the right of self determination. By virtue of that right they freely determine their political status and freely pursue their economic, social and cultural development.

The Austrian economist Murray Rothbard was one of the early advocates of free market mechanisms and currencies as a path to freedom. In his 1963 book, What Has Government Done to Our Money, he discussed the eyebrow raising idea of private coinage, an idea that through the emergence of cryptocurrency doesn’t seem so odd now. Moreover he strongly espoused the libertarian tenet that civil liberties and economic freedom were connected through self ownership and the ability to peacefully profit from one’s own labor.

It’s here where digital currencies, such as bitcoin, as well as technological applications ensuing from the blockchain are transforming predominant mindsets about humanitarian efforts. From creating more efficient conduits for charitable giving and donations, to boosting transparency and accountability in the tracking of human aid, to stronger citizen identity and voting systems, the potential exists for major technological advancements to take place. The American Red Cross is just one shining example of this sort of humanitarian effort through its acceptance of bitcoin donations via a partnership with BitPay. Founded in 1881 as an affiliate of the International Red Cross, it is arguably the most highly recognized organization in the U.S. for disaster relief and emergency assistance.

As the processor, BitPay offers those seeking to donate with bitcoin a way to do this in varying amounts, including micro donations, which is key for people on limited budgets. Ultimately the goal is to provide a tool for tapping into a new generation of supporters for the ongoing efforts that the Red Cross supports.

One Man’s Quest For Good

As the founder of the Humanitarian Blockchain (HB), journalist and U.K.-based political correspondent Julio Alejandro is passionately engaged in addressing some of the prevailing problems facing the world’s poor through the creative use of blockchain technology and non-governmental applications. What began as a startup in February 2016 at the Google campus in London, UK, HB endeavors to become an epicenter of humanitarian innovation by serving as a matchmaker between blockchain software and other tech entrepreneurs and local activists, all around the common themes of human rights, personal freedom and economic justice. To date, most of the projects through this NGO and e-governance consultancy have been carried out in collaboration with Bitnation and their growing community of members.

Alejandro, who describes himself as a “dark-skinned, slim Londoner from Mexican-Aztec indigenous origins” is rapidly pursuing the deployment of Blockchain, Ethereum, and Fintech to address and solve complex global problems like racism and unemployment in African-American communities, drug cartel involvement in Latin American real estate markets, and the child sex trade in South East Asia. Toward this aim, he views Blockchain products and services as “liberating technologies” perfectly suited to aid often marginalized stakeholders like journalists, hactivists’ living under oppressive regimes, as well as ethnic minorities trapped in war-like countries and situations of extreme poverty and oppression.

Says Alejandro: “We solve social complex, non-traditional problems through blockchain, a decentralized technology software that allows groups or individuals that to establish human, political, and social relations in places where confidence, transparency or accountability doesn’t exist. As a non-for-profit NGO, we investigate the latest technological disruptions of the Fintech area, test and compare their products/efficiency, and teach local human rights organizations how to use products for humanitarian, social liberation.”

He goes on to note that through this endeavor they have created what he describes as the “humanitarian mapamundi of Fintech” where up to 30 organizations and their creators’ visions and objectives have been identified along with metrics to determine their possibility for success. All told, there are 12 cases in 10 countries which are currently in play.

Alejandro’s greatest hopes and aspirations for this initiative? “First, we are seeking to become the global hub for brainstorming Blockchain humanitarian and social solutions. Secondly, we desire to educate organizations on how to plan and implement them. And thirdly, monitor success, dangers, and trends.”

He says that Humanitarian Blockchains’ long-term vision and motto is “Liberation through individual technology.”

That every Ghanian Ashanti community, every Garifuna indigenous in Honduras, every sexually enslaved girl in Thailand, and [every] journalist in Colombia have the knowledge – these are some projects we work with to improve the life and well-being for their societies and professions.

In terms of the aforementioned “liberating technologies,” he listed examples of several that are already in motion. “Bitnation is certainly one, functioning as a Decentralized Autonomous Organization (DAO). They provide all of the regular services a government provides: birth and death certificates, wills, marriages, and other civil and legal contracts through the online digital ledger that is the Blockchain. More than 2,000 people have used them and, as this grows, expect them to be socially recognized.

“Another is Estonia ‘e-citizenships‘ and ‘e-residencies,’ a government-issued digital identity to create their business and commerce within Estonian and European legislation and territory. More than 10,000 global individuals have received one and, if you’re living in Cuba, North Korea or Central Asia, you can now run a location independent business. The digital identity cost $100 Euros and the associated ID card can be collected in 35 embassies across the world.”

Alejandro says that his work as a journalist and political correspondent has greatly informed his views on social and economic justice. “Michelle Alexander, author of The New Jim Crow, claims that Chicago is the most racist and segregated city in the world. I interviewed and reported on the black, brown, immigrant, gay/lesbian, and homeless communities there before moving to London.”

Every day I saw pain, misery, and suffering and attempted, but largely failed, to create an impact through storytelling, data-driven journalism, immigrant bilingual poetry and the creative arts. What I walked away with from that experience is because this world of ideas was a failure, it’s now time to emigrate to tech solutions.

In the end, Alejandro believes that blockchain technologies are a fantastic way to promote and support humanitarianism, providing global citizens with access to tools for social, economic and political freedom. Through the connections that he facilitates through Humanitarian Blockchain, he seeks to take aim at oppressive, top-down power structures that impede progress and obstruct basic human rights.

At its core, the blockchain is a neutral, color-blind, non-discriminatory technology that can automate the process of world governance. It allows us to move away from an Anthony Giddens/John Rawls “Third-Way” mixed economic system to one characterized by the Uber-Airbnb shared economy movement; from government bureaucracy to autonomous DIY governance; from democracy to holocracy; and from regulated, centralized hierarchical models present within corporations to DAOs and Ethereum-automated smart contracts.

All these new models use blockchain-type technology that are transparent, public and accessible to everyone. That’s the goal.