aelf Stakes $100,000 USD (1 Million ELF) to anyone who can hack their Cross-Chain Transfer Protocol 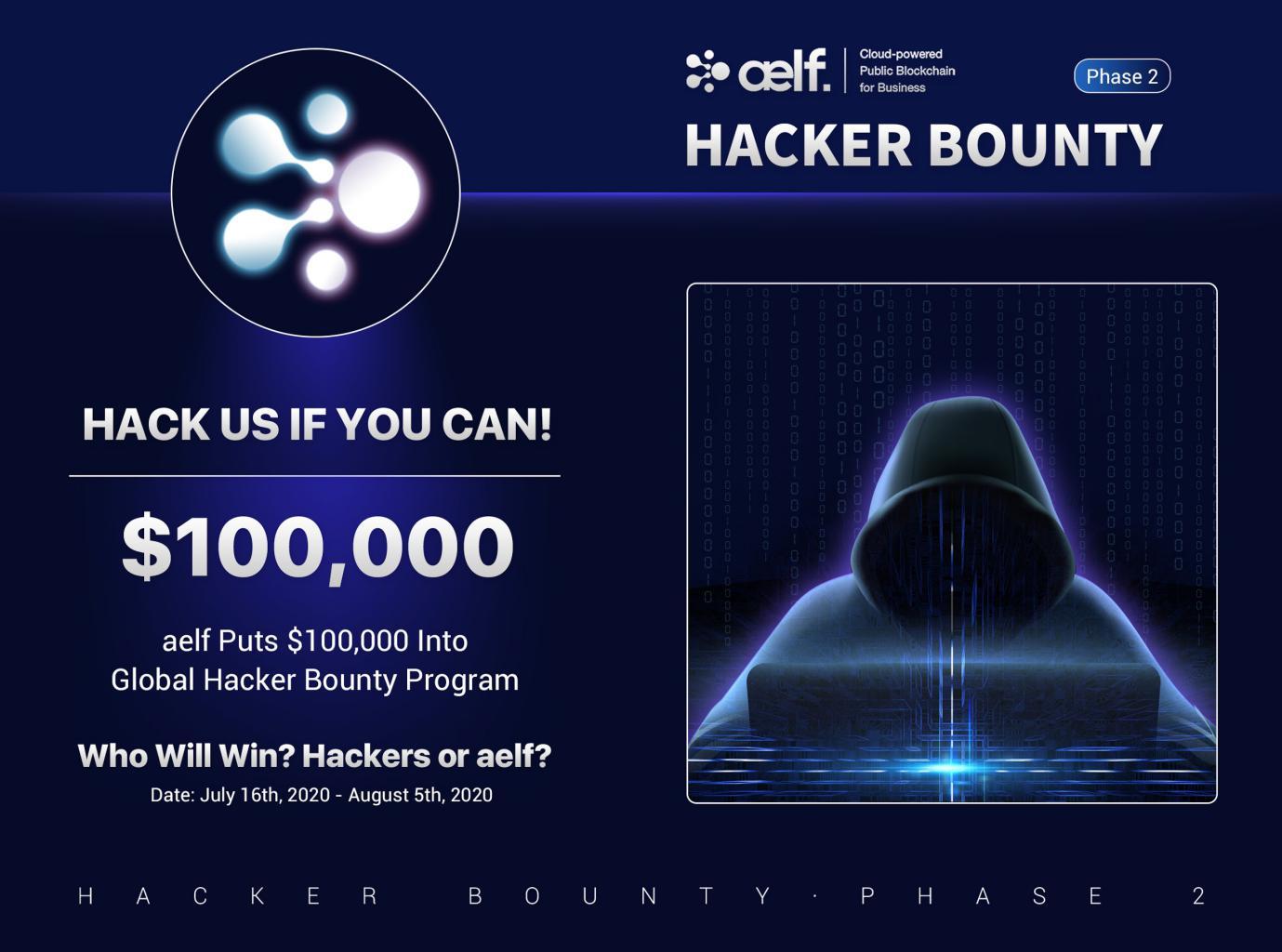 On July 16th, 2020 aelf announced their latest bounty program in which hackers will race against each other in an attempt to hack 1 million ELF tokens ($100,000 USD at time of press) in a Cross-Chain token transfer. The program demonstrates the team’s confidence in their cross-chain transfer protocol (CCTP) and the critical importance this protocol’s security will have in connecting blockchains together.

The Bounty Program is about finding vulnerabilities in the Cross-Chain Transfer Protocol (CCTP), so those on the Ethereum Network or aelf will not count. During the program, users who retweet the event will also have the opportunity to share out 8888 ELF and win 52 ELF every day. Participants who are able to hack the CCTP and swap the ELF test tokens to their own account addresses during the event will be rewarded with the equivalent amount of ERC20 ELF tokens.

The amount of tokens put up for reward was decided upon by aelf’s core community as a way for aelf to hand more control to the community in decisions relating to the running and governing of the aelf ecosystem.

Earlier aelf announced the launch of the CCTP product which will allow asset transfers between multiple blockchains. One of the initial applications of this protocol will be to complete aelf’s highly anticipated Mainnet token swap via smart contract from the Ethereum network onto aelf’s Mainnet. The CCTP can be utilized by any blockchain seeking to interact with other chains and will drive the adoption of blockchain applications.

The protocol has resolved one of IBC’s (Inter-Blockchain Communication) key complications in blockchains using a variety of governance consensus methods. This is achieved through the use of cross-chain existence proof, relying on the Merkle Proof mechanism.

The program will run until August 5th and anyone interested in participating or finding out more details can visit here.

aelf is a multi-chain network and smart contract platform pioneering blockchain in business. aelf’s blockchain will enable businesses to operate their applications on the public chain domain, or their own private chains, without the hassle of building their own. aelf has partnered with Huawei, Chainlink, and Amaten, and is supported on all major cloud platforms including Google Cloud, AWS, Microsoft Azure, and Huawei Cloud. For more information, visit aelf.io