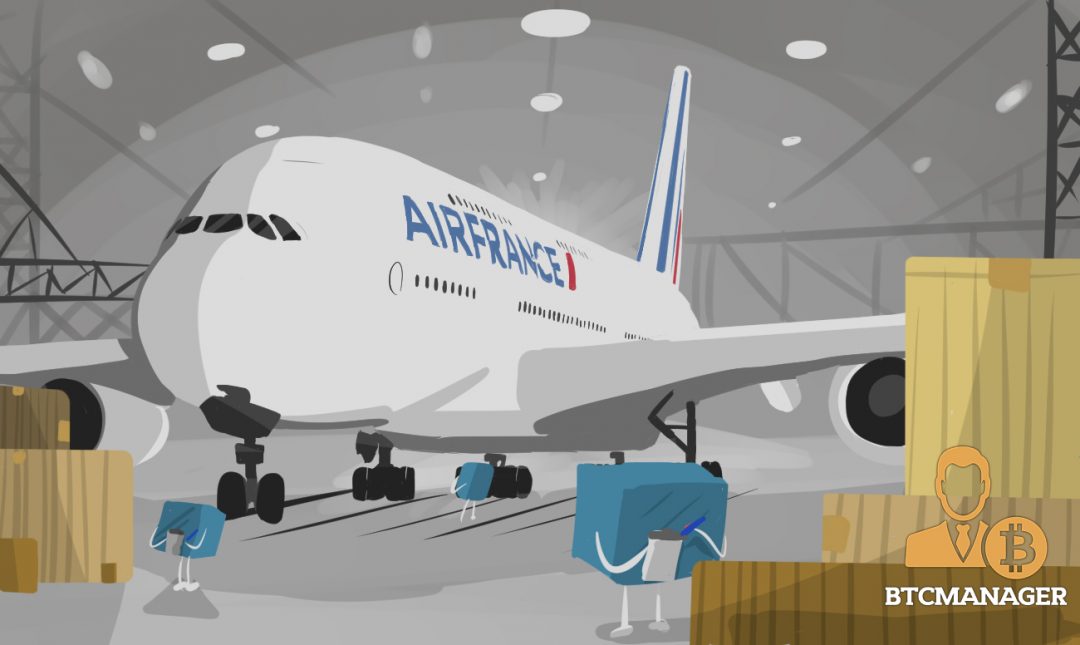 Air France KLM, the holding company of one of the largest airlines in the world, is set to test blockchain technology and decentralized applications to automate its aviation supply chain.

At a webinar participated by Microsoft and software company Ramco Aviation, Air France KLM business unit director of innovation James Kornberg revealed the company’s plans to investigate the potential of blockchain technology and the use cases of the decentralized technology in sustaining aviation supply chains.

“The use case has to be realistic. The four features of blockchain are resilience, traceability, integrity, and disintermediation are well suited to the aviation supply chain,” said Kornberg.

For the maintenance of aviation supply chains, without the utilization of off-chain solutions such as side chains and two-way pegged smart contracts blockchains like RSK, it is difficult to use public blockchains due to their fixed capacity and current scalability issues. Instead, Air France could investigate into the integration of permissioned blockchains that are not immutable in nature but which could employ a certain level of decentralization by distributing the authority of network administrators across the network.

Specifically, in a permissioned blockchain network designed for aviation supply chains, at every stage of the chain, node operators could be required to verify and confirm certain contracts or transactions. Even if the administrators or authorities within the blockchain network verify certain contracts, node operators can refute contracts which they deem as fraudulent and inaccurate.

“Every validator requests a wait time from an enclave(a trusted function). The validator with the shortest wait time for a particular transaction block is elected the leader. One function, say ‘CreateTimer’ creates a timer for a transaction block that is guaranteed to have been created by the enclave. Another function, say ‘CheckTimer’ verifies that the timer was created by the enclave and, if it has expired, creates an attestation that can be used to verify that validator did, in fact, wait the allotted time before claiming the leadership role.”

But, Kornberg explained that the aviation industry still needs to undergo the first phase of digitization; converting analog data into digital information and storing them in secure databases and servers. Once existing data is converted to a compatible type of information which new technologies can interpret, then blockchain technology can be implemented to distribute the information in a decentralized manner.

“In the aviation industry, we still have a lot of our data that is not digitized, still a lot of analog data, the first step, and that’s what we’re doing at the moment,” Kornberg stated.

Air France and other leading companies in the airline industry have a variety of selections in regards to the types of blockchain technology and distributed ledger platforms they can use to automate and secure the aviation supply chain. As BTCManager previously reported, Pfizer and Genentech, two of the largest companies in the global pharmaceutical industry with over $300 billion in combined market cap, integrated JPMorgan’s Quorum blockchain, an enterprise-grade permissioned ledger that was inspired by the Ethereum Go client.