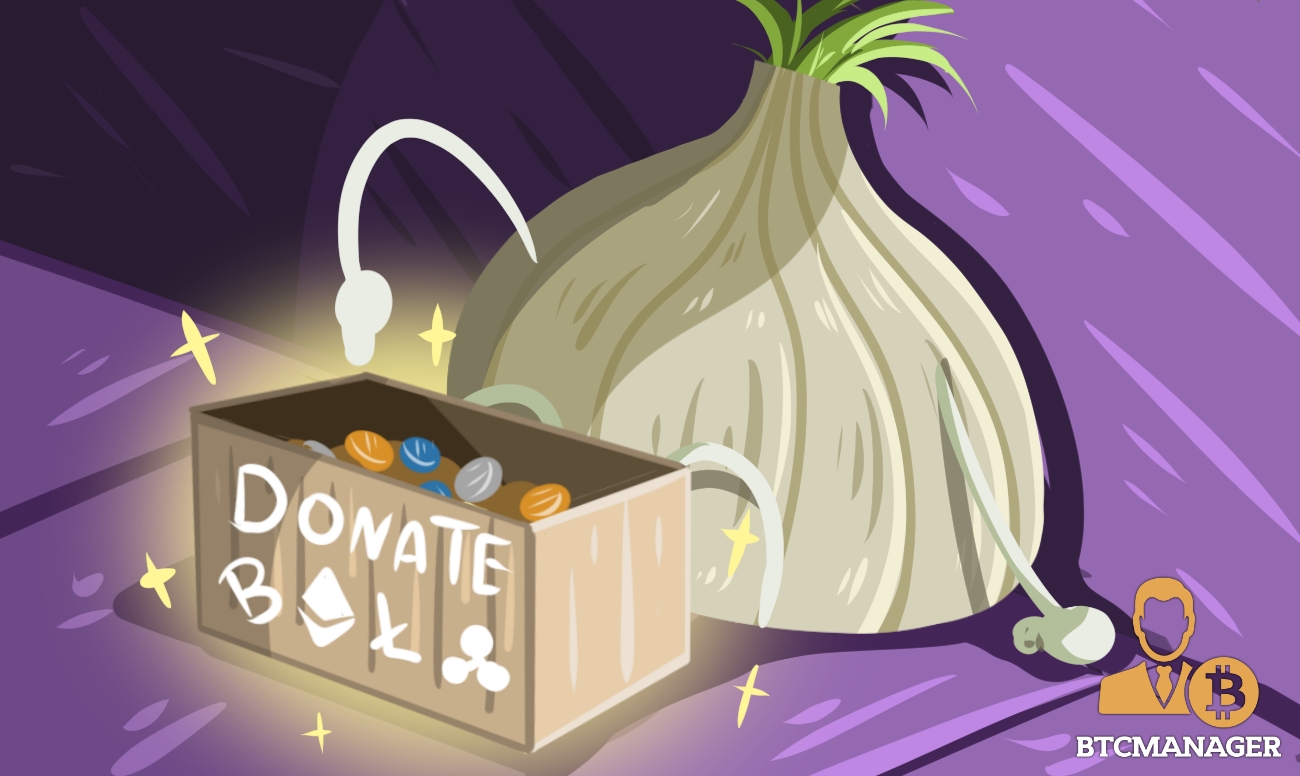 Tor is a free, open-source Internet browser that provides anonymity for its users by directing traffic through an overlay network composed of several thousand relays to conceal user locations.

The acronym ‘Tor,” stands for The Onion Router. The name comes from the project’s use of onion routing, which involves the encapsulation of electronic messages in layers of encryption, similar to the layers of an onion.

Donate to the Tor Project in Bitcoin or Altcoins

On March 22, 2019, The Tor Project announced on Twitter that it would begin accepting donations in “a slew of different kinds of coins,” to help Tor to remain robust and secure.

We changed how we accept cryptocurrency, and you can now donate a slew of different kinds of coins directly to us. Thank you for the feedback.

As an open-source project, the Tor Project requires the support of donors to fund the continuous development and improvement of its anonymous browser and its other projects, which include Orbot, a Tor browser for Android phones, and Tails, a privacy-enhancing operating system that can be launched on any computer using a USB stick.

In light of several attempts to de-anonymize Tor users, mass surveillance by government agencies, and the growing trend of surveillance capitalism, it is more important than ever to support a privacy-enhancing technology such as the Tor browser.

Additionally to bitcoin (BTC), fans of the Tor browser can now donate in REP, BCH, LTC, DASH, ETH, XMR, XLM, and ZEC. The Tor Project also allows donors to send funds in other cryptocurrencies by contacting the project directly via email, according to its website. The link to Tor’s cryptocurrency donation page can be found here.