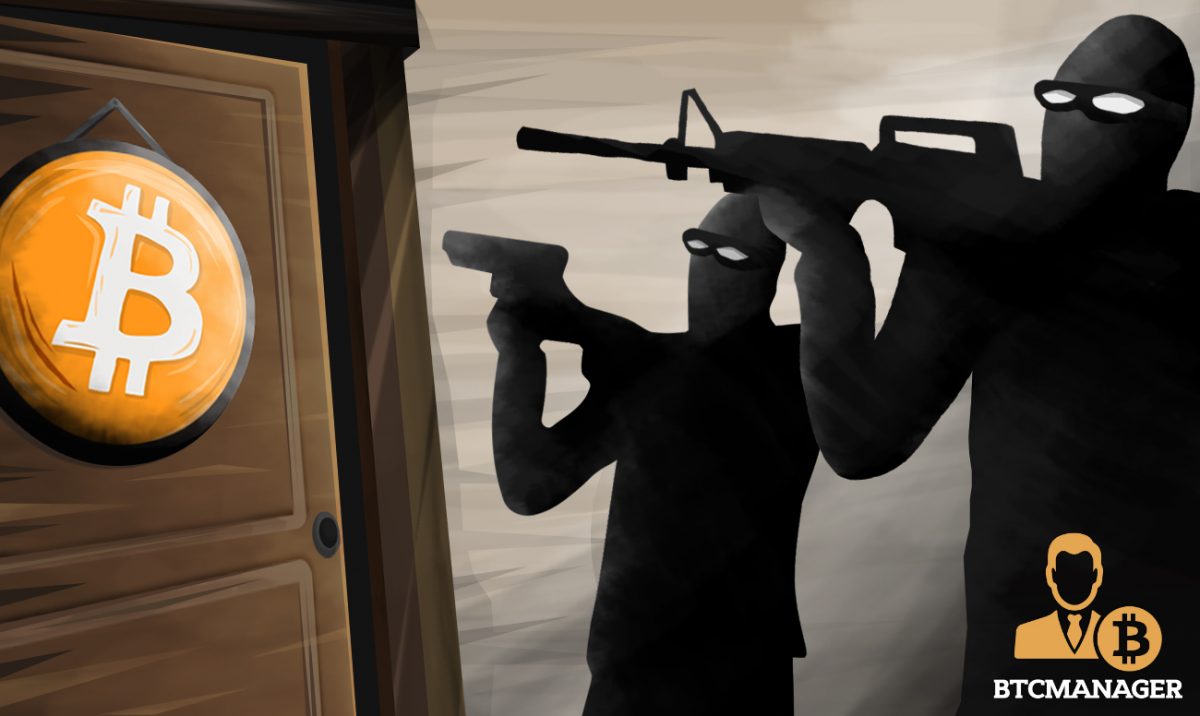 According to a police report, armed robbers entered the office of Canadian Bitcoins, bound workers and hit one of them on the head with the back a gun. The fifth worker alerted the police from another office as soon as he noticed they were under an armed robbery attack. The thieves took to their heels without any bitcoin when they heard the police sirens from afar.

Ottawa Police Sergeant, Michael Haarbosch said that”The suspects tried to coerce the employees of the business to complete a transaction.” After one suspect ran into a gully, police authorities searched the area with dogs and guns in hand. The police succeeded in arresting 19-year-old Jimmy St-Hilaire and are now in search of the two other suspects.

Although the officers-in-charge of the operation declined to mention the name of the particular bitcoin exchange, merely referring to it as a “Bitcoin-related financial institution,” a representative of Canadian Bitcoins confirmed that it was their office that was attacked.

“Yesterday, there was an attempted robbery at our office in Ottawa, as police have mentioned, no one was seriously hurt during the incident, but one staff member did sustain minor injuries. Our focus is on supporting our staff at this time as well as working with the police in their investigation.”

The attack had many workers around the industrial park on edge. Dawen Zhang, an employee at a startup around the vicinity, explained that he “probably won’t be able to actually work overnight.” Paul Holmes, a client of another firm on the same building as Canadian Bitcoin, said that the event “just speaks to how bold the suspects are.”

There have been cases of hackers breaking into bitcoin exchanges and transferring millions to their wallets; there have also been cryptocurrency kidnappers, whose area of expertise is in kidnapping bitcoin millionaires. Now, digital currency robbers are entering the space at a time when authorities are fighting tooth and nail to regulate Bitcoin.