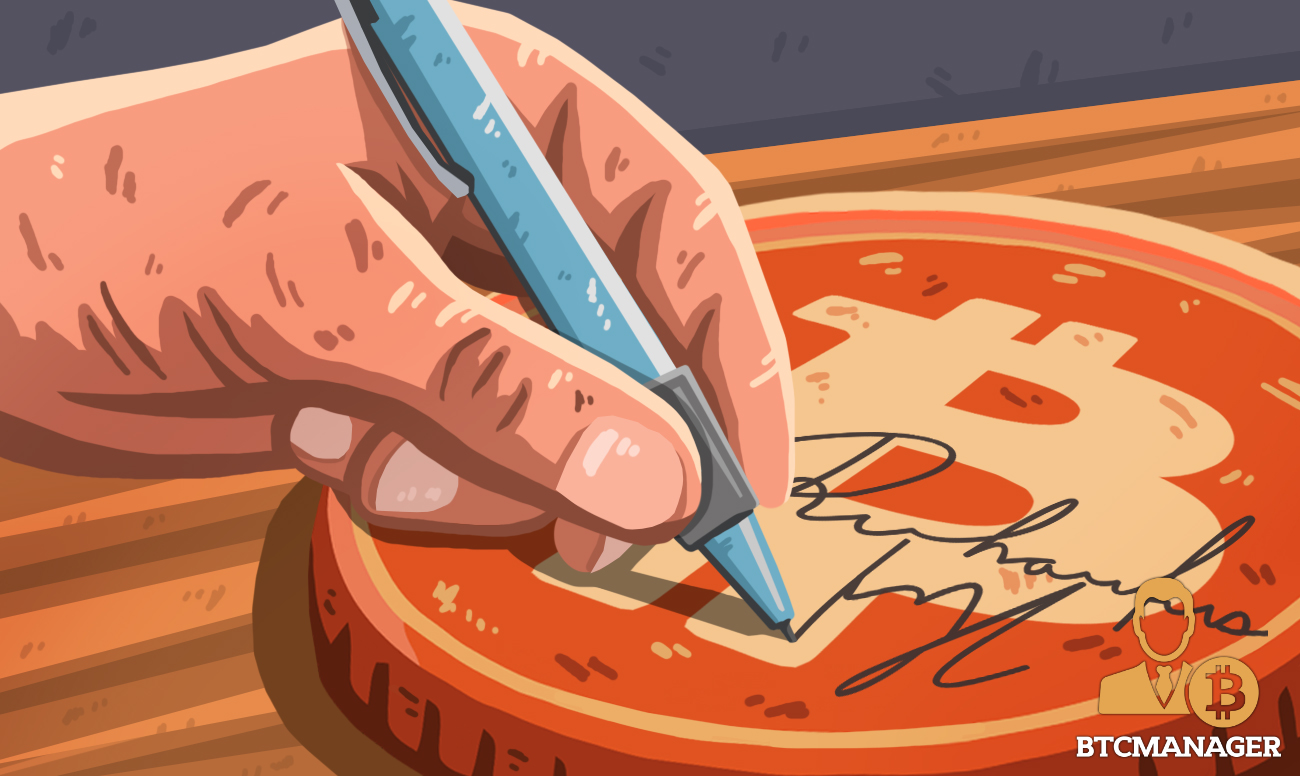 Since humans were able to put his words into a written form, cultures have needed a way to ascertain the origin of documents. Once it became possible to communicate on paper, without the need to physically be in the same location, the necessity arose to verify that the words inscribed on the paper came from the rightful originator.

This article will explain how human beings provide provenance to documents, as well as the role evolving technology has played, and continues to play in this area.

There is evidence of the first attempts to authenticate the origin of the written word dating back hundreds of years. One of the earliest known records of this is from the Third Century during the epoch of Titus and Anthony in the Roman Empire.

Historical documents show that as early as 201 AD onwards, the Roman Empire had established methods through which documents could be corroborated and identified as true. History shows that:

“Jurists established protocols for the determination of Third Century forgery and the manner in which forgeries were to be detected.”

While in the early stages of history verification of the written word primarily focused on the study of handwriting and other aspects of penmanship, the signature quickly emerged as a simple yet powerful tool to provide both a provable identity. The signature also became a symbol of endorsement of the material or subject matter contained in the document on which the signature was appended.

Signatures exist in a number of forms. As technology has evolved, so has the ways which cultures corroborate to the written word. The most well-known of these is the wet signature.

A wet signature is simply a signature which is penned to paper with a pen, pencil, or any other inscribing tool. In the very early days of history, wet signatures also referred to those that utilized wax seals or stamps. The name is derived from the fact that the ink used to add a signature is wet at the time of signing and eventually dries.

While some of the more antiquated methods such as the wax seal have been phased out, wet signatures remain one of the significant ways in which the legal system recognizes and identifies identities.

Wet signatures can take on any form, and can accommodate varying levels of literacy and penmanship which explains why they are so essential in many cultures. Legally, a wet signature can take on the form of a complicated piece of writing, complete with flourishes and cursive, such as the famous John Hancock signature on the American Declaration of Independence, or can be a simple X, or the initials of the signee.

Due to the many variations that are legally and culturally acceptable when it comes to wet signatures, this form of identity provenance is not without its shortcomings. History is littered with numerous instances of people attempting to reproduce or replicate the signatures of others, mainly with the motive of financial gain. Legends abound of family members accusing each other of forging a will once a wealthy parent dies. These instances are common in many countries across the world.

Perhaps the most prolific document forger in history is Joseph Casey. Active in the 1920s, Casey, a heavy drinker, was able to replicate the signatures of historical signatures in a manner very close to the original. For the price of a drink, Casey would reportedly forge signatures for those who asked. He is credited with successfully and consistently replicating the signatures of many prominent historical figures, among them Abraham Lincoln and George Washington.

Casey brought to light the significant shortcomings the wet signature holds. It is relatively easy for those gifted in the areas of penmanship and calligraphy to replicate any signature with a little practice. Following such complaints, in 1962, the Journal of Law and Criminology published a paper declaring that it was possible for forged signatures to be more skillfully written than the genuine signatures.

The increasing instances of forgeries or suspected forgeries, as well as the many legal and scholarly publications showing the shortcomings of wet signatures, led to many viewing the notion of signatures as a potential exercise in futility. People were encouraged to make their signatures more complex to minimize the risk of a successful forgery. Despite these shortcomings, there was not much of an alternative, especially in the legal sense, and thus wet signatures are still common today. Moreover, the signing of documents is as much about marking an occasion and is an important ritual for those involved.

Examples of such services include HelloSign or Pandadoc. These services require the user to upload a picture of their wet signature, which is then digitized by the application. Other applications can attempt to create a new signature using features such as cursive typography.

While electronic signatures have gained traction in the last few years, they rarely reflect the users original wet signature. However, they allow both the signatory and the recipient of the document to feel that the signing ritual is being observed. In this way, the digitization of wet signatures is more symbolic than providing provenance.

Some of these methods are more secure than others. For a long time, the legal system did not recognize electronic signatures because it is a trivial matter to reproduce a digital image of a person’s signature. For instance, if person X is able to gain access to person Y’s signature – online or on a previously signed document – they can simply use a digitizing service, reproduce it, and add it to a document without the knowledge of Y.

Despite these concerns, the development of services that allow users to electronically sign documents in a way that places great importance on security and provenance, minimizing the risks of impersonation of forgeries has helped the electronic signature receive legal recognition.

A search online yields a number of methods legally recognized as electronic signatures. On July 1, 2016, the European Union instituted the eIDAS (European Identity and Trust Services) regulation. The new law allows electronic signatures to be used in place of wet signatures across the entirety of the EU. Evolving technology has facilitated a greater level of security in this regard.

In contrast to its wet signature predecessor, digital signatures do not rely on penmanship. Instead, they are a mathematically generated set of keys that allow a user to provide their endorsement of the material in question. Additionally, because of their design, digital signatures ensure that a message or document is not altered while in transit.

To understand how this works, one must delve into how digital signatures are created. This type of signature is created through a globally accepted standard called Public Key Infrastructure (PKI). PKI refers to a standardized set of established practices, roles, and policies through which digital certificates are created, stored and transmitted. Moreover, PKI also defines how public key encryption should be handled across the web.

Using a mathematical algorithm, PKI uses cryptography to produce two keys. These are the private and public key. When signing a document, a person uses their private key to encrypt the data and produce a hash. The emanating encrypted document is the digital signature. The encrypted data typically includes the time of signing and can be amended to include other details if the signee sees it fit. The cryptography employed during the encryption ensures that it is impossible for a person to access the data without the corresponding public key.

For instance, if X would like to sell her house and signs the title deed using her private key then sends it to the buyer Y. Y receives the deed as well as a copy of X’s public key. If the public key is unable to decrypt the data, then it means the signature is not X’s.

It can also mean that the document changed since X signed it. Invariably, the signature is then considered invalid. In this way, digital signatures protect both the signee and recipient. Due to their high level of security and the fact that they are unique to a person, digital signatures are sometimes thought of as electronic fingerprints.

If you understand how digital currencies work, then you know PKI is employed by cryptocurrency networks. Bitcoin, for instance, uses a PKI method based on elliptic curve cryptography called ECDSA. This method produces two keys which are important in signing and verifying transactions on the network. While it is a secure method, it has its shortcomings especially in the event of a multi-sig transaction.

Currently, the Bitcoin network and Ethereum both allow multiple parties to authorize a transaction. However, they must first create a new signature. While this method works, its major shortcoming is that it reveals that the parties involved are working together. With the increased focus on privacy and financial sovereignty, this aspect of the current multi-sig architecture in the Bitcoin network, as well as other cryptocurrencies, is a significant flaw.

Additionally, the current multi-sig setup in many cryptocurrencies is inefficient in that the more parties involved in a transaction, the greater the resulting size of the aggregated signature. Moreover, this can also affect the fees levied on a multi-sig transaction. Bloated transaction sizes unnecessarily bloat a network leading to slow settlement speeds.

To solve the inefficiencies witnessed in multi-sig setups across digital currencies, attention has fallen on the Schnorr aggregation method. Named after the mathematician, Claus Schnorr, this method addresses the challenges in a relatively simple manner.

Schnorr signatures inherently support the aggregation of multiple signatures and their corresponding keys into a single one. Therefore, Schnorr multi-sig transactions are imperceptible from those originating from single signatures. This simple fix removes the privacy and size considerations.

The Schnorr method is linear which, unfortunately, can prove to be a concern. Simply put, combining two Schnorr signatures also produces a valid Schnorr signature. This can provide an attack vector for malicious actors and is referred to as the cancellation problem. However, it is important to note that this still a theoretical vector and may not be feasible in real-world applications.

However, ongoing research into Schnorr signatures by Blockstream has found a way to mitigate any risks. In their paper “Simple Schnorr Multi-Signatures with Applications to Bitcoin,” Gregory Maxwell, Andrew Poelstra, Yannick Seurin, and Pieter Wuille describe the ways in which the Schnorr signature is a “new multi-signature scheme [that] could improve both performance and user privacy in Bitcoin.” To this end, Wuille and his counterparts have also introduced a BIP designed to append the underlying Bitcoin codebase with Schnorr signatures.

If the Bitcoin network can successfully implement this upgrade, which would happen through a soft fork, then it is probable that other cryptocurrencies will follow suit. Schnorr signatures represent the natural progression of proving identity in a secure yet private manner in cryptocurrencies.