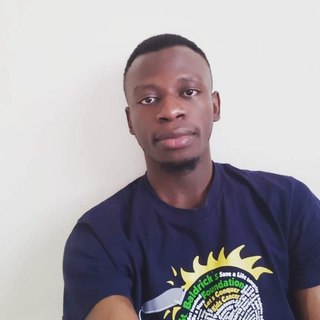 As an interior designer, Julius struggled to sign clients since, at the time (2016), the industry was still in its infancy stage in his area, and not many people were interested in hiring one. During his futile job search, Julius met with his copywriter friend, who apparently was swamped with work he feared he couldn’t submit in time. Out of boredom and generosity to help a friend, Julius lent a hand. After a few strokes on the keyboard, Julius realized his untapped talent for playing with words. He noticed that writing came easy to him, and he could do more copies than his friend.
Julius went on to research the best ways he could improve on his new profound skill and the best spots to get copywriting jobs. Unfortunately, obtaining content writing work was not all sunshine and rainbows. Little did he know that he needed to have a portfolio and some experience to be shortlisted by potential suitors. That mishap prompted Julius to join content writing mills, where he was exposed to all sorts of web content assignments and came to understand the basics of SEO and its essence in web copy.
In just a few months, Julius was already a content creator aficionado. He could make any web copy at ease and ready for publishing. Then in 2017, in his occupational obligation to scour the internet for information, Julius came across a headline that read Bitcoin price had hit an all-time high. This was the first instance Julius interacted with the crypto community. Julius was very much fascinated with the technology, and without much ado, he exercised his due diligence and researched more about it with a broader approach. After going through tons of crypto topics spanning from the fundamentals of blockchain technology to decentralized finance, Julius’ attention was hooked. He has since been writing about cryptocurrencies and blockchain technology.