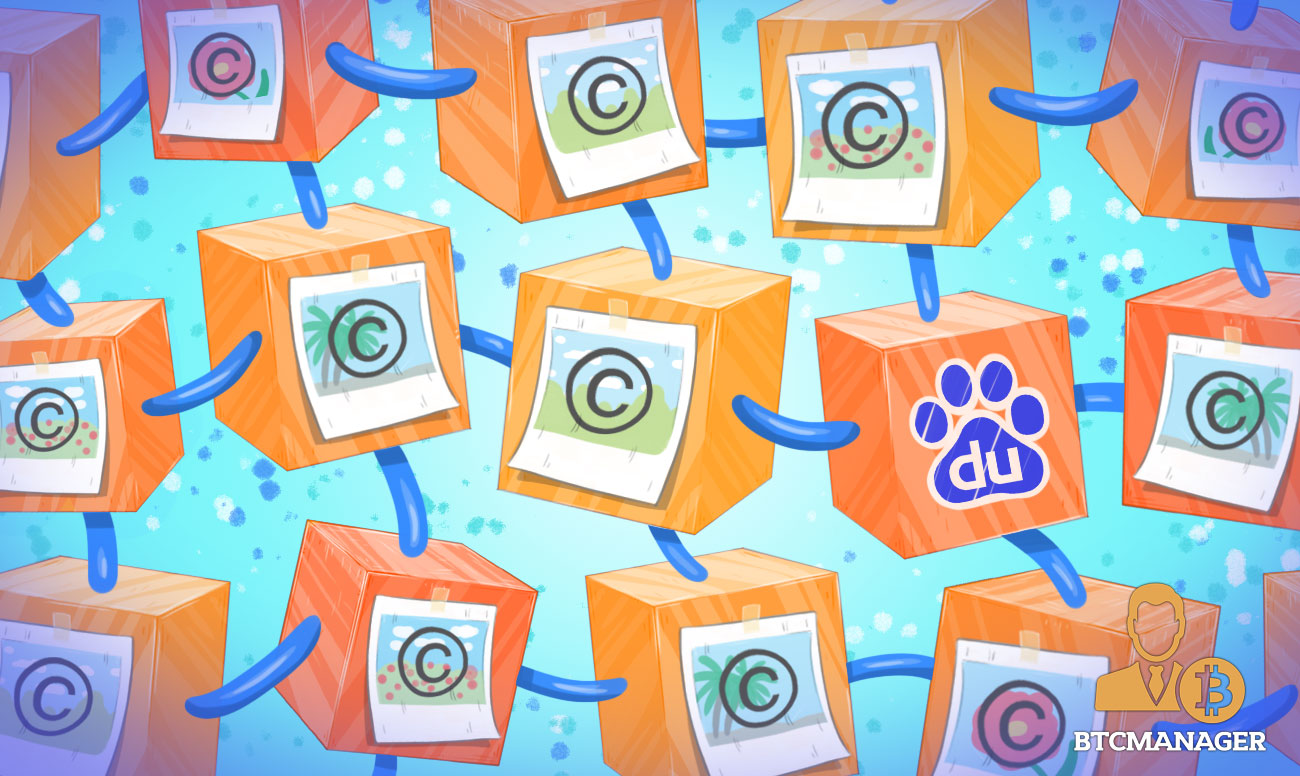 The recent venture by Baidu is not its first in the blockchain industry. Earlier in 2018, it had also launched Laici Gou, a blockchain-based tool that enabled dog lovers to adopt, breed and also trade digital puppies. Laici Go is similar to the CryptoKitties concept, with the exception that it was based on puppies instead.

Intellectual Property On a Blockchain

The Totem service had its public release on April 11, 2018. The blockchain-based stock image service timestamps every photograph that is submitted by its user base. The process occurs in real time with all corresponding data such as the user’s real name subsequently added onto a public blockchain.

As the details of any given image are easily available on the blockchain, any person can access and view this data to verify its ownership. Before the user is granted exclusive intellectual rights to the image, Baidu’s artificial intelligence algorithms will scan the image to ascertain if a copy of the file already exists on the ledger. Should a copy be present, the platform will proceed to decline exclusive rights to the user.

On the other hand, if it is deemed to be unique, Totem will recognize the user as the image’s original creator and grant him exclusivity rights. Baidu’s data and image processing algorithms will scan the internet as well to ensure that no two users are allocated rights to the same photo.

Tracking and Validating Data Across the Internet

Baidu announced that it would use Totem to track, validate and resolve all infringement claims for any picture on this ledger. The company guaranteed complete copyright protection, stating:

“The copyright information will be permanently written into the blockchain and cannot be tampered with and when combined with Baidu’s leading artificial intelligence map technology advantages the dissemination of works can be traced, can be reproduced, can be monitored, and this will change the traditional picture copyright protection model.”

The platform will have a complete page dedicated to original works of each photographer which can be accessed by probable clients. Totem will also have a ‘Picture Encyclopedia’ feature, a compilation of all images that the user has been granted exclusive rights for. To make the service business-friendly, Totem will grant rights directly to photographers so that they can harness more brand exposure using other Baidu internet services.

Any user can submit his or her application which has to be completed with real name certification. Totem will then analyze the photograph over a period of three days. If no infringement is found, the user can continue to upload the picture to their personal library on the blockchain.

Several other startups have also launched operations to provide image sharing services based on blockchain technology. One such service, Selfllery, rewards its users with its own digital tokens for sharing photos on the platform. SteemPhotos is another photo-sharing service. Integrated with the Steem blockchain, it enables photographers and content creators to be paid for their work.

The release of Totem by a company as large as Baidu is a remarkable step in the direction of taking blockchain technology mainstream in the copyright space. It also has the potential to help settle copyright claims between users and provide revenue generation opportunities for photographers.