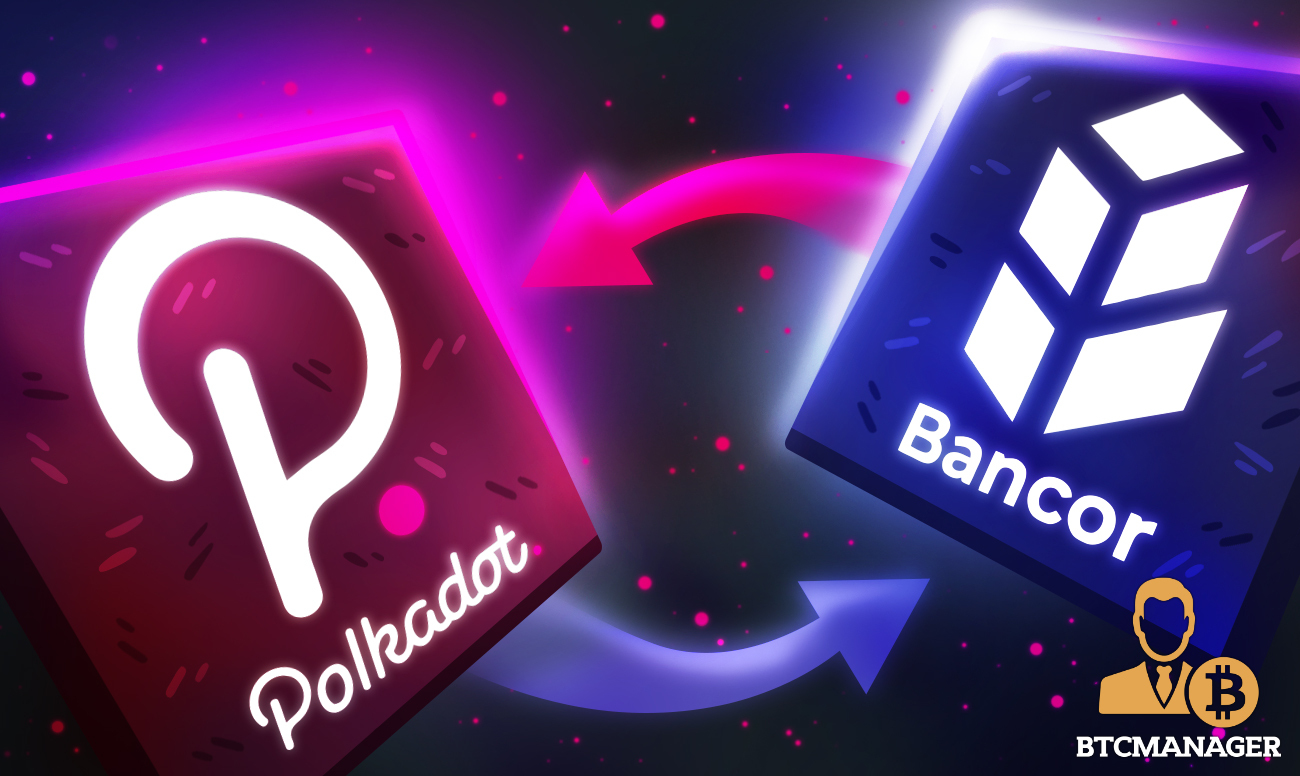 Bancor (BNT) has revealed that it’s making steady progress towards building a cross-chain bridge that will foster interoperability between Bancor and Polkadot (DOT). The project will make it possible for users to create pools, provide liquidity and carry out trustless cross-chain swaps between Polkadot and other ERC20 cryptoassets on the Bancor network, according to a blog post on February 1, 2021.

Bancor (BNT), a decentralized blockchain technology protocol dedicated to making it possible for users to easily convert a vast array of cryptocurrencies instantly without having to use third-party exchanges, is building a cross-chain bridge that will make value and data exchange between it and Polkadot possible.

Bancor comes with smart contracts that pool liquidity and facilitate peer-to-smart contract trades in a single transaction without a counterparty. Via Bancor, users can stake BNT (the native cryptoasset of the network) in automated market makers in exchange for trading fees, BNT staking rewards as well as voting rights on the Bancor decentralized autonomous organization (DAO).

If all goes as planned, Bancor users will be able to create pools, provide liquidity and carry out trustless cross-chain token swaps between Polkadot  (DOT) and other ERC20 digital assets.

The team says the Bancor-Polkadot bridge is being developed by LiquidApps, a startup that claims to be on a mission to make the development of decentralized applications (dApps) easier via its range of innovative products.

Notably, the team has made it clear that the new cross-chain bridge will make use of lightweight nodes to listen to transactions and interact with the Bancor and Polkadot distributed ledgers.

“Unlike existing cross-chain bridges where nodes can cost thousands or millions of dollars to run, these lightweight nodes can run within a simple web browser. This way, the costs and time required to set up and run new bridging agents are drastically slashed, making it possible for anyone to participate in the secure setup and maintenance of the cross-chain bridge.”

What’s more, the team says the software powering the nodes is based on WebAssembly (WASM), a universal low-level bytecode that can run on the web.