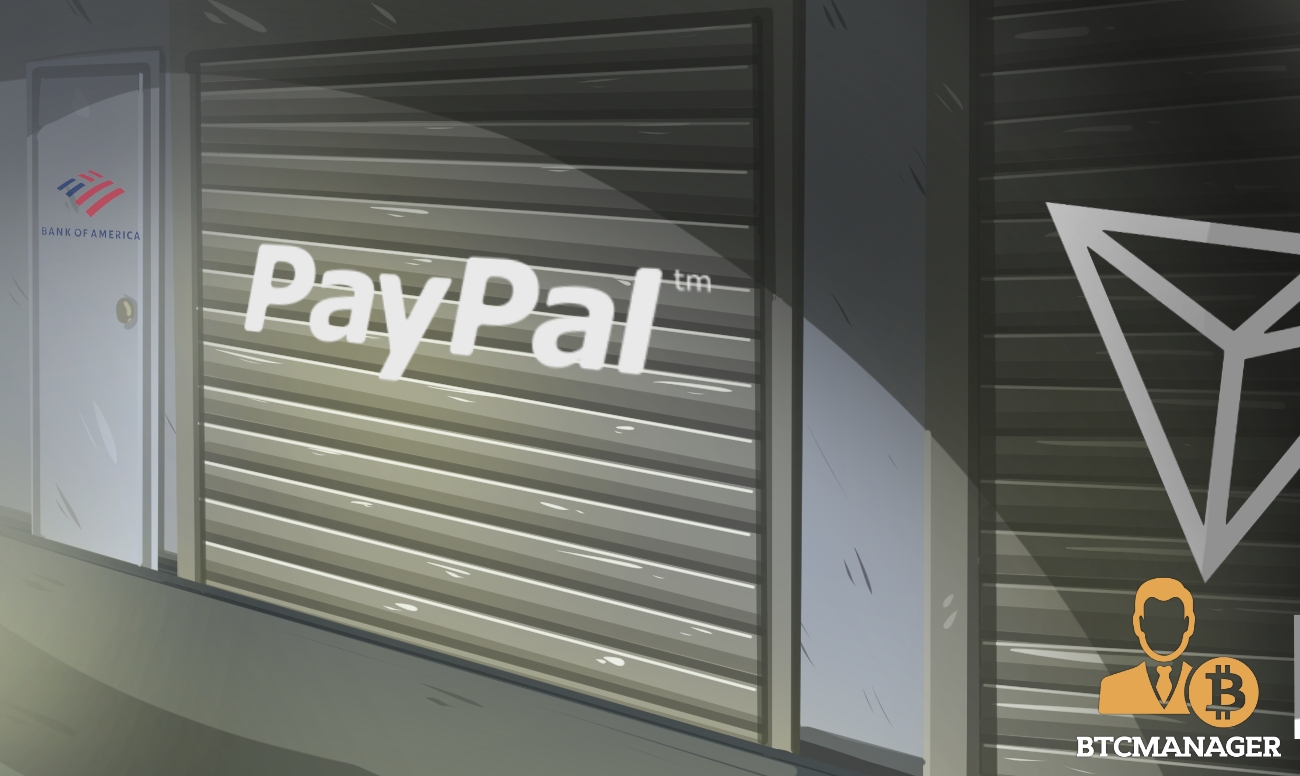 Sun’s tweet was in response to Botha’s early tweet, where the ex-PayPal executive stated that the Bank of America (BofA) had terminated his account. Though at the time of publishing, that tweet is unusually no longer available.

On Monday (November 18, 2019), Botha shared a screenshot of a notification received concerning the closure of the account from the BofA. According to the screenshot, the bank took the action after evaluating Botha’s banking

But the venture capitalist seemed to be at a loss as to why the American bank would close his account without a reason.

“After being a customer of @BankofAmerica for 20 years, I received this notice today that they decided to fire me as their customer! With absolutely no explanation.”

After being a customer of @BankofAmerica for 20 years, I received this notice today that they decided to fire me as their customer! With absolutely no explanation…. pic.twitter.com/IJu3peiIWX

Vinny Lingham, CEO of Civic, asked if the former PayPal executive bought bitcoin, a question which suggested could be a reason for the bank’s action. Also, other commenters were quick to welcome Botha to the crypto community, while also seeing the action of BofA as an opportunity for bitcoin. Others stated the popular phrase in the virtual currency space: “Bitcoin fixes this.”, thereby urging Botha to consider bitcoin.

In response, the crypto community suggested that the adult entertainment community switch to bitcoin and other digital currencies because they were censorship-resistant.

The action from the BofA comes as no surprise, as Wall Street Banks have a history of anti-crypto leanings. The excuse most of these banks give is that digital currency is used for terrorist funding and money laundering.

The BofA earlier banned customers from buying digital currencies with its debit and credit cards, stating that the crypto payment system is not as transparent as the mainstream banking system.  Also, back in July 2019, a Wells Fargo customer complained about the inability to carry purchase virtual currency on the account.

In response to the customer’s complaint, the Wall Street bank stated that it prohibited crypto transactions, a reply that didn’t go down well with the crypto community.