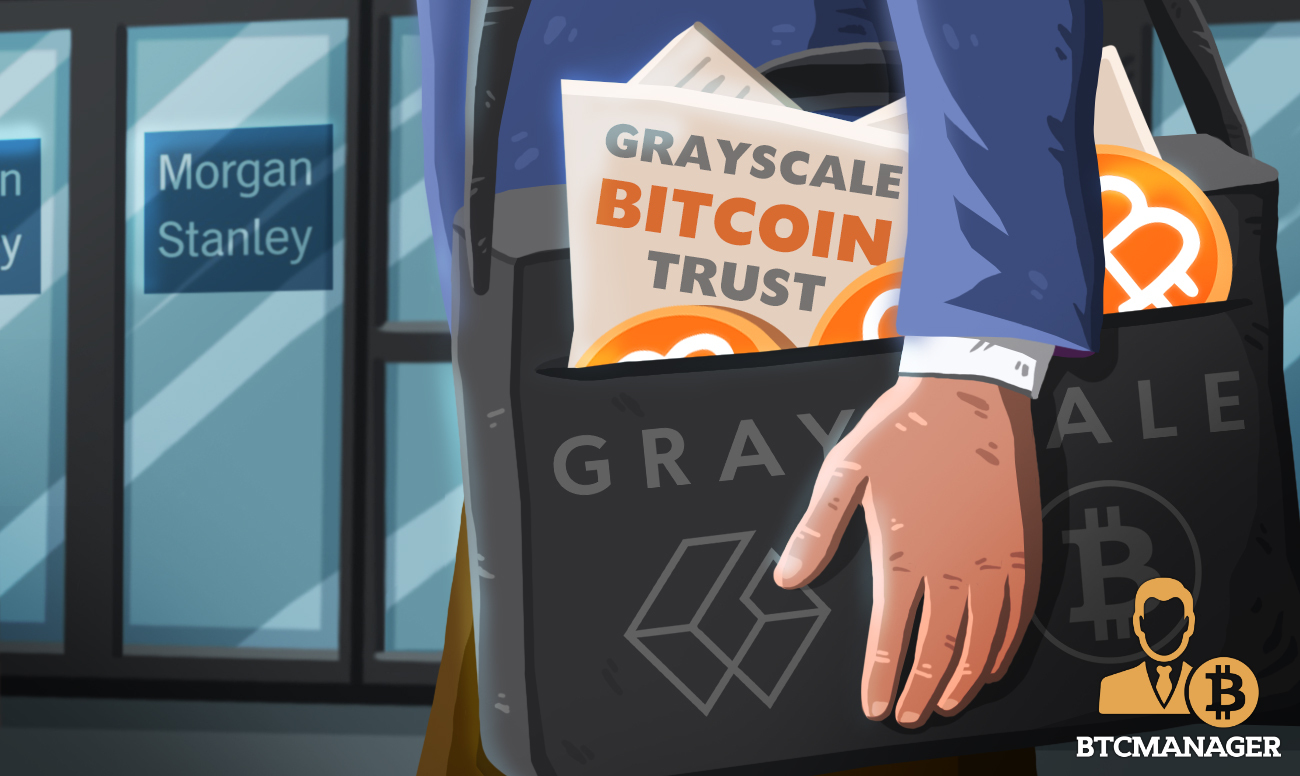 Bitcoin investments are trending amidst major financial institutions and banking giant Morgan Stanley has been active in this regard. Morgan Stanley, one of the largest banks in the United States, has invested millions of dollars in Bitcoin through its various funds despite the bearish discourse prevailing among crypto analysts until recently.

Twitter User MacroScope was one of the first to highlight the firm’s latest SEC filing on social media, and the analyst compared Morgan Stanley’s previous filings with the current information, noting that the bank’s crypto exposure is way higher now compared to just a couple of months.

The largest of these appears to be 928,051 shares held by Morgan's Insight Fund.

These are major disclosures.

Investing indirectly means getting exposure to a product whose performance is dependent on the performance of another product. In Morgan Stanley’s case, the majority of its cryptocurrency investments are in shares of the Grayscale Bitcoin Trust.

The Morgan Stanley Insight Fund has made the largest cryptocurrency investment, amassing 928,051 shares of the Grayscale Bitcoin Trust for a reported total of $27,665,200.31. Nonetheless, while the investment demonstrates the bank’s growing interest in cryptocurrencies, it accounts for only 0.34 percent of the fund’s total assets.

Morgan Stanley began offering support for Bitcoin investments to high-net-worth customers in March of this year. Given that there is still no authorized ETF in the United States, the Grayscale Bitcoin Trust is likely the preferred option for traditional investors to acquire exposure to Bitcoin.

Morgan Stanley’s Europe Opportunity Fund acquired more than 28,000 shares of Grayscale’s Bitcoin Trust in June. Morgan Stanley said in an April filing that it had given the go-ahead for several funds, including the European Opportunity Fund, the firm’s Institutional Fund, and the Insight Fund, among others, to gain “indirect” exposure to bitcoin. According to the filing, each of these funds is permitted to invest up to 25% of their total assets in bitcoin-related items.

Due to the massive rise of Bitcoin in late 2020, banks and other financial institutions are in a race to attract consumers who want to invest in cryptocurrencies.

JP Morgan, Goldman Sachs, BNY Mellon, and other financial institutions have already begun to provide cryptocurrency investments and include positive assessments in their quarterly reports.