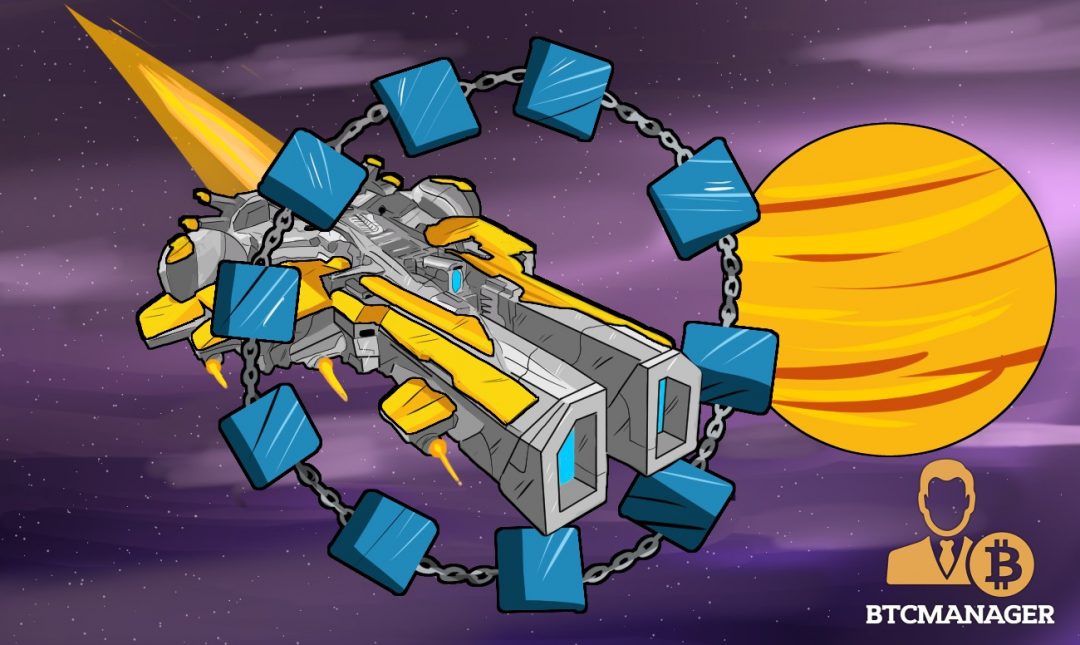 Beyond the Void is a free-to-play Multiplayer Online Battle Arena (MOBA) game which incorporates a lot of special ingredients including a Cryptocurrency Economy. As a Real-time Strategy game in space, players face off One-to-One, lead their army to defeat their opponent and conquer an entire solar system.

The game economy is built around the blockchain technology and uses Nexium (NXC) as a game token which acts as the backbone engine of Beyond the Void. The Token drives the Economy in the game and is built through a smart contract on the Ethereum platform; custom Ethereum smart contracts are backed by Nexium crypto tokens to create a blockchain-based economy within the game. By combining blockchain technology and entertainment, the team feels it is starting a new trend in the world of online gaming.

Players will be able to use Nexium to buy original and unique in-game items. Beyond the Void gives gaming enthusiasts the chance of true ownership of all the items bought. All the elements you can buy in the shop (spaceship skins, portraits, event cards) are registered on the blockchain which allows signing the true ownership of the items. Free exchange of these items is facilitated by a blockchain-based market.

“Hundreds of years ago, people discovered the most powerful matter in the universe, called ‘the cube.’ This marvelous discovery brought about a new kind of technology that enabled them to travel among the stars. Soon, however, reserves of the ‘Cubes’ ran low. These people had to expand even further, and great noble families went to war to control the precious matter. With the help of its allies, the most powerful noble family brought about peace and founded a galactic empire. The families, known as houses, were the Harkon, Asgar, Syan, Morsith and Estherid. Now, cubes only found in wild systems beyond the edge of the galaxy. The Barons of the houses will do anything to get them. Captains with powerful Motherships fight in their names for the control of the cubes.”

The game interface is fairly simple. You need to use the mouse and keyboard to play this one! One of the main ingredients of the game is the Event Cards, and players will need to use special keys to activate them. 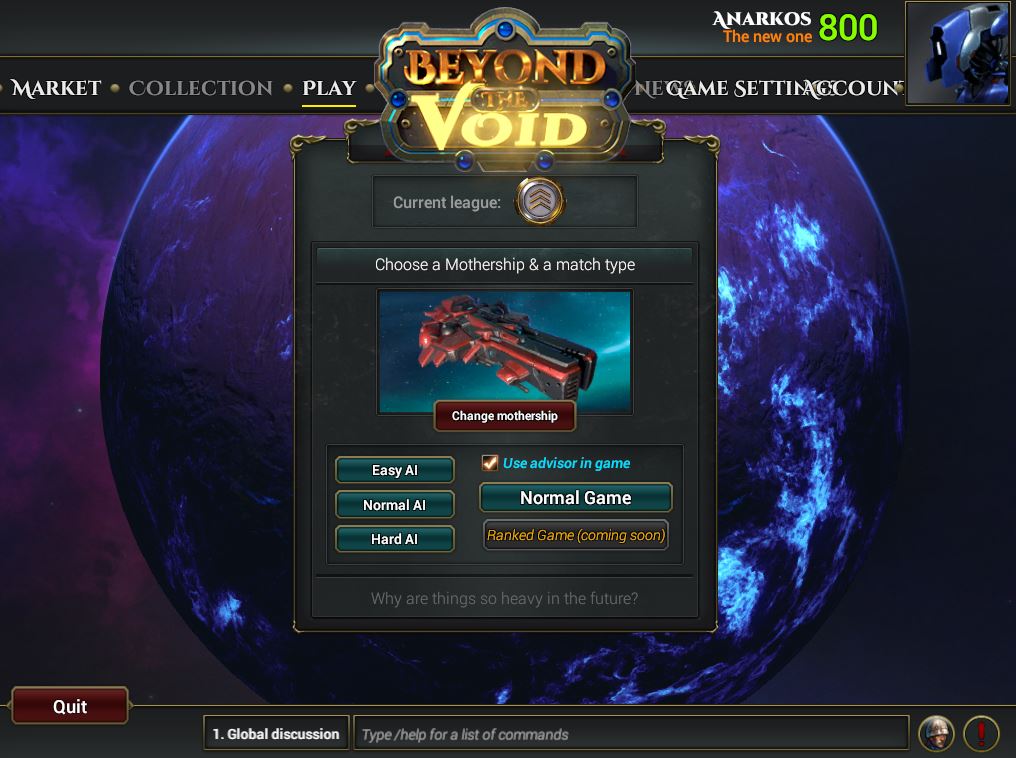 The two game maps are also very helpful. By using them, the player can streamline their movements through the mission map. The game appearance is pretty awesome, complete with very light colors in the surrounding environment.

The game is well developed and offers an impressive design. Each map has the same gameplay setup, but a different layout. Players can explore the galaxy, the red nebula where ancient artifacts are floating or even the toxic system where mythical creatures evolve. Cubes are the main resource. 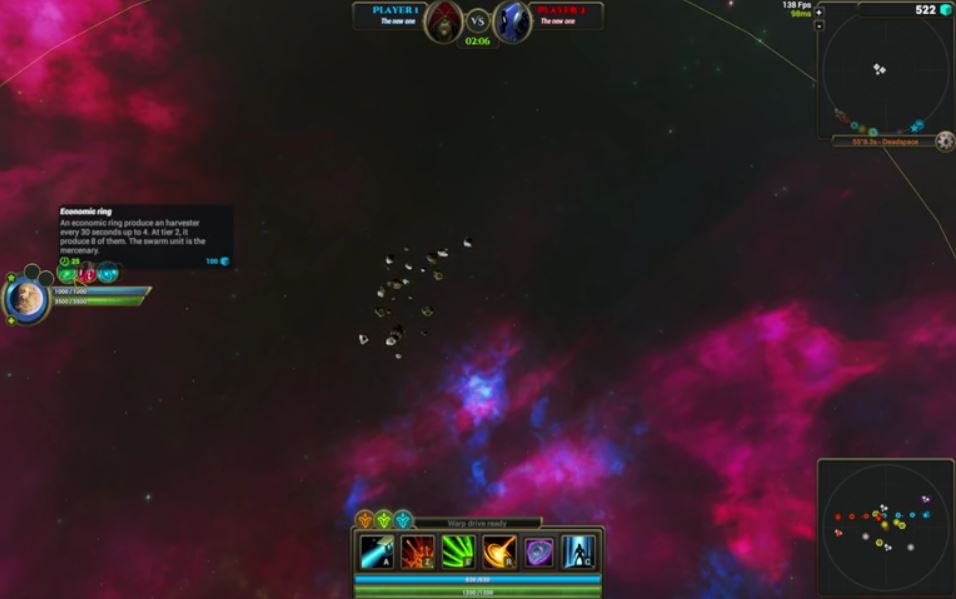 Cubes are the resource used for practically everything in the game. With the cube, you can build and upgrade rings, conquer planets, use your skills and so on. Every planet produces three harvesters who can gather cubes from the mother’s planet moon, or from a nearby asteroid ring. Those new to PC games will also have a lot of help from the Game Advisor which will act as a guide throughout the game.

Beyond the Void is a one-versus-one battle against another player. The player will be in control of one Mothership, which will be among the most powerful warships in the universe. Gamers will be able to customize their Motherships with Skills and can shape the map with Event cards. 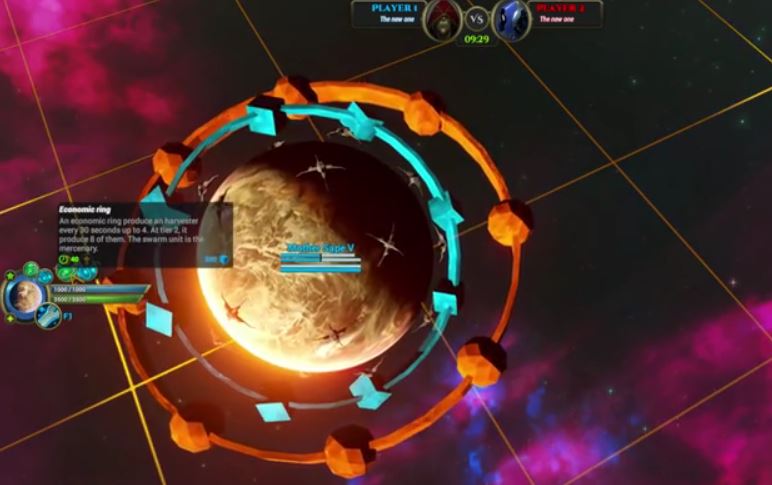 The map of Beyond the Void, by default, contains six planets you can conquer and several asteroid fields where you can find Cubes. Everything is in constant movement, orbiting around the sun making the layout change for each new game.

Motherships are the most powerful warships in the galaxy and the most important piece of the player’s armory. Each mothership has unique strengths and weaknesses, so players need to use them wisely because if they lose the mothership, they lose the game. In addition to its unique design, each mothership has two powerful skills; an ultimate and a passive skill. These two skills make flying a mothership a unique experience. The ultimate is a powerful skill, specific to a mothership. It is unique and can be “game changer,” usually with a long cooldown. Learning how and when to use your ultimate can win the game for you. The passive can be quite complex. It influences the gameplay of the player’s mothership, from protecting units to cloaking the units around the player. The passive can change everything a player knows about the battle. 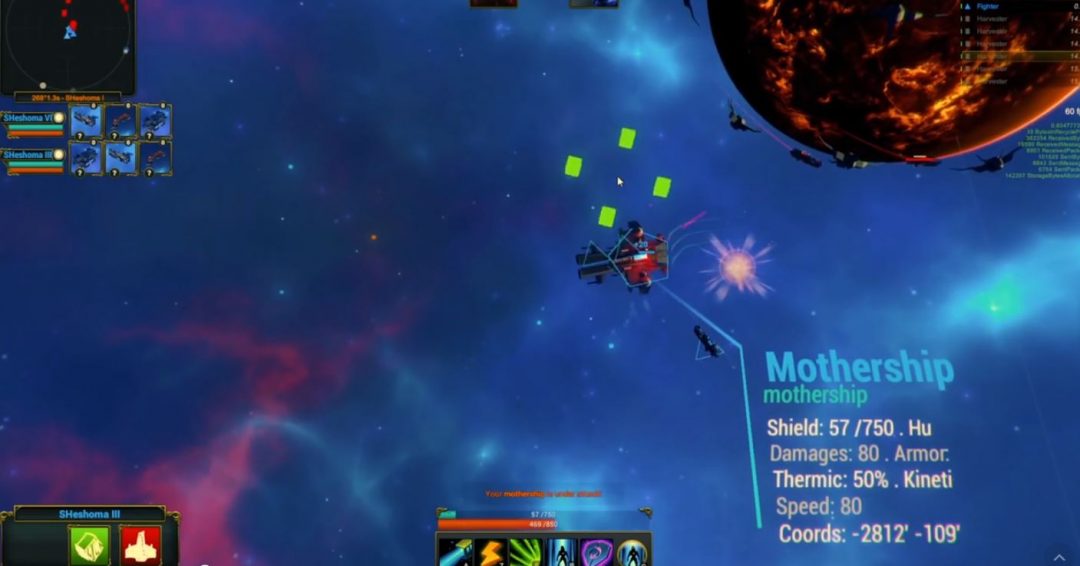 The mothership can conquer planets during the game. Planets are the core of a player domination over a solar system. Planets can build satellites and act as a defense tower too. If the enemy fleet comes too close, it will suffer the effects of the planetary defense system.

Motherships can be customized with three types of skills; Movement, Offensive, and Utility.

Movement affects the player units movement; Offensive increases the chance and power of the damage players can apply to the enemy and Utility can have various effects such as boosting your fleet, fleet repairing and incapacitating your enemy.

By using these skills and the mothership, the gameplay can support many different strategies, and you can combine them to ensure victory. You can also build spaceships with their planet’s satellites and are able to have a fleet. The fleet can be composed of many different ships, from small, fast frigates, to support units that can repair your ships during battle or defend your asteroid field as well as heavy destroyers.

Event cards are also one of the most important parts of the game. Before the match starts, you can choose one or more event cards to play, and each card has a specific effect on the game. 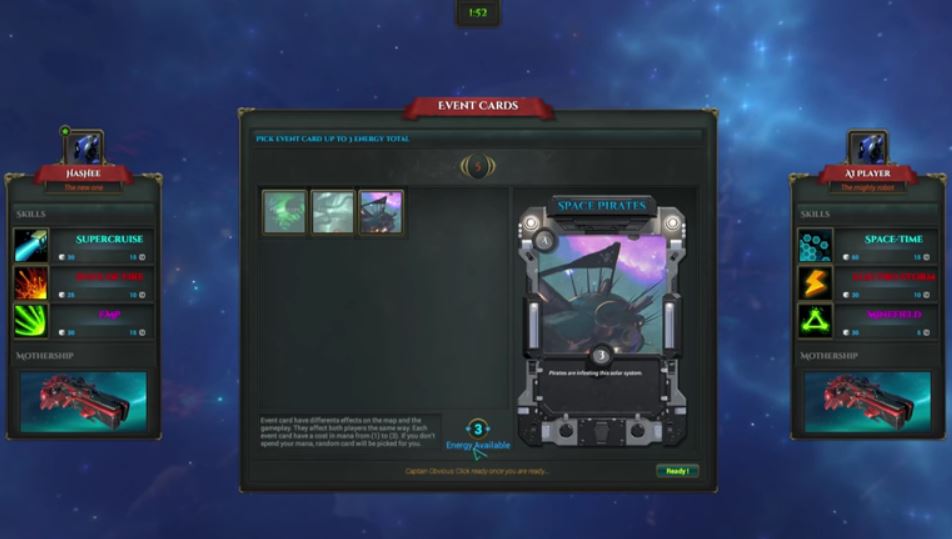 With Event Cards, players scan shape the world, change the rules, or bring content during the game. Since Event Cards are extremely important, the gamers need to know its specific effects to better combine them and use different strategies. Several cards can be used for free during one week. If you want to unlock an Event Card permanently, you need to buy it in the shop using Nexium.

The team has also developed a Shop where participants can use Nexium to buy a lot of unique and original items. There are several vanity assets in the shop. Each mothership has several alternate appearances that are available in the shop. The store will also allow players to buy or trade assets with others, like an extra commodity, because you will also be able to freely trade directly on the blockchain. Starter packs will also let participants jump into the game with some motherships, skills, and bonus content already unlocked. Apart from the starter packs gamers can also use a GP Boost which will allow them to gain more points at the end of a game.

The development team is also preparing to release new assets on a regular basis. These will include Motherships, Skills, Event cards, and vanity content. Along the way, the team will also pay special attention to balance and gameplay mechanics to make the gameplay even fairer and interesting to play.

As for the Pros; the game has excellent gameplay and a simple and well-designed interface. Being able to buy, trade and claim ownership of unique items is also strong a key point. The game structure and the way you need to use Event cards strategically is also one of the aspects making it quite interesting. For those sci-fi and strategy game lovers, this is surely one piece they will not want to miss.

Looking at the Cons, there is not much to point out; however, one of the negative aspects is the fact that the game cannot be played on mobile devices. Not being able to play against several opponents is also one of the downsides.

Beyond the Void, offers a unique game of space battles. The gameplay is pretty fun and original with a lot of special features to be discovered. If you are one of those people who love Real-time Strategy games, Beyond the Void will certainly be an amazing experience.

The beta version of the game is available to play on the weekends while the final version is due June 2017, where the game will be under continuous development to widen the strategic possibilities, in-game items, and game content.