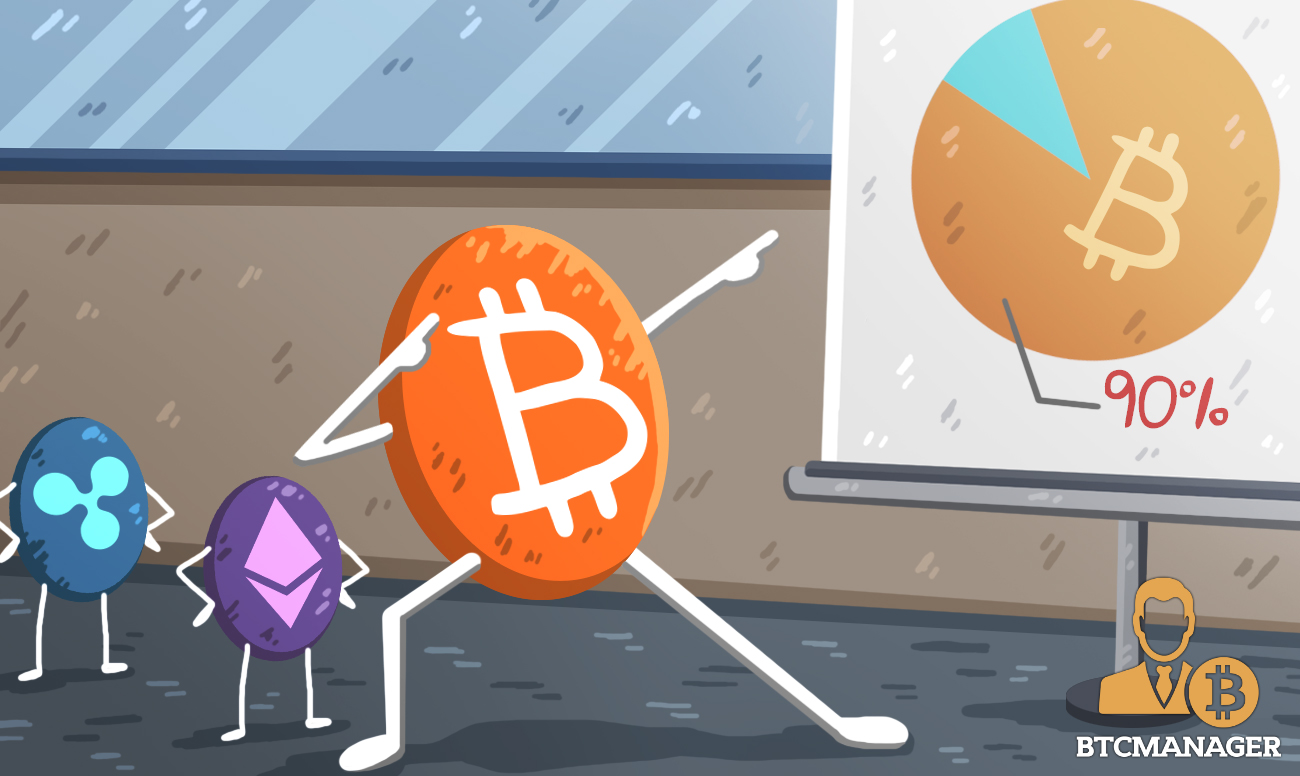 According to a news published by The Business Times on August 26, 2019, a new report by Arcane Research shows that the real Bitcoin dominance is more around 90 percent rather than the 70 percent mark, as indicated on CoinMarketCap.

Bitcoin is the world’s largest cryptocurrency by market capitalization and commands a large portion of the trading volume in the cryptocurrency markets. Generally, most people are well aware of how Bitcoin has always been looked at as the dominant cryptocurrency but, over the past few years, the situation slowly came to change thanks to the spread of the altcoins.

Despite the fact that Bitcoin is still dominating the overall market, its market position has taken a few bumps along the road. Until February 2017, it was above 85 percent except for some rare exceptions, but, when Ethereum and altcoins prices rose in value, Bitcoin’s dominance has dipped as low as 33 percent on January 2018.

However, these values do not reflect the true value of Bitcoin, as some variables are not taken into account that could make this figure vary a lot.

According to a new report by Arcane Research, which takes into consideration liquidity while calculating Bitcoin’s market dominance, a figure that is more representative of reality would be around 90 percent. Liquidity is a fundamental variable as market capitalization is easily inflatable by creating a new cryptocurrency, and most of the altcoins have a very low liquidity level as selling a very large amount of those on exchanges is unlikely.

Also, two similar analyses were conducted based on data from 10 bitcoin exchanges by Bitwise Asset Management and based on studies by CoinMarketCap. No stablecoins were considered in the studies.

These datapoints highlight just how difficult it is to dethrone Bitcoin and how the market is also perceiving it. The dominance of BTC, which currently stands at roughly 68 percent, has been steadily increasing since January 2018 and over the past three months, has increased by more than 25 percent, passing from 51 percent to 65 percent.

Another interesting metrics to look for is the profitability for each cryptocurrency. Pro-crypto economist Alex Krüger posted on Twitter data from Into The Block, a machine learning-enhanced blockchain analytics firm, which shows that as much as 79 percent of bitcoin addresses are in profit based on the average price at which tokens were acquired.

On the contrary, it’s an altcoin bloodbath. 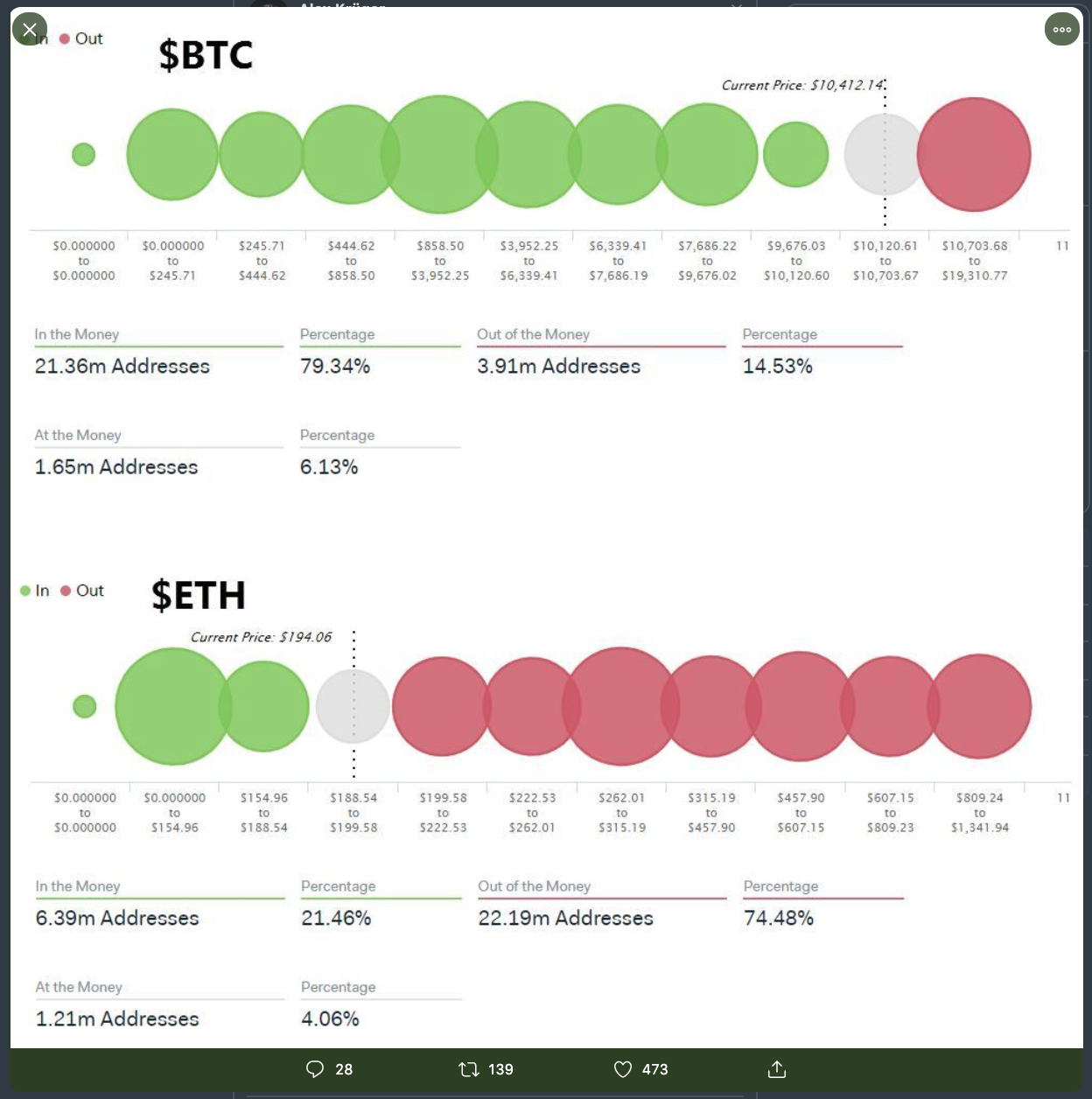 This affects the market as traders, institutional investors and entrepreneurs will always choose the most liquid and widespread asset for their business choices, which reflects the fact that more and more people believe that Bitcoin is on its way to becoming a safe haven asset.