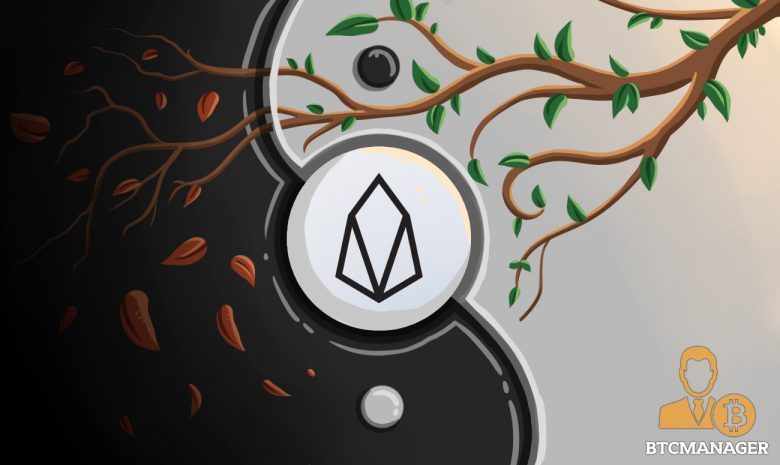 In a blog post published on July 16, 2018, Block.one announced that it successfully managed to secure funding from some private organizations and individuals. The company is best known for its EOS blockchain platform that had its mainnet launch in June 2016.

Among the list of investors are PayPal founder Peter Thiel and Chinese cryptocurrency mining company Bitmain Technologies Ltd. The previous funding round saw the company raise money from Christian Angermayer and Lansdowne Investment Company among others.

“The EOSIO protocol is a great example of blockchain innovation. Its performance and scalability can meet the needs of demanding consumer applications and will pave the way for mainstream blockchain adoption.”

After founding PayPal in the late 90s and leading it for a few years, Peter Thiel has become famous for being a somewhat influential investor. He is currently on the board of directors at Facebook and has also made sizable investments in technology companies such as Airbnb, LinkedIn, and Yelp. Thiel has famously been a long-time cryptocurrency supporter. His investment fund, called Founders Fund, has reportedly been buying bitcoin since 2012.

The other noteworthy investment comes from Jihan Wu of Bitmain Technologies. Founded in 2013, the company is known for its Antminer series of cryptocurrency miners. Bitmain grew in size and valuation when it became the de facto hardware manufacturer in the ASIC industry. Recent estimates pin the company’s total value to be around a whopping $12 billion, earning it the title of the world’s most valuable blockchain company.

Besides private investment, Block.one also raised as much as $4 billion earlier in 2018 after it sold EOS tokens to the general public. The initial coin offering for the token first began mid-2017 and went on for an entire year before coming to a close this May. According to data available on Coinmarketcap, EOS is the fifth most valuable cryptocurrency on the market today.

Even with this new influx of funding, the company has not yet clarified how it will be utilizing the funds. Block.one CEO Brendan Blumer was somewhat vague in the official announcement as well. He said, “As Block.one prepares to announce its plans, we’re excited to welcome key strategic investors aligned with our values of creating a more secure and connected world.”

EOS has also been heavily criticized by some other experts. In March 2018, the fan-favorite HBO TV show Last Week Tonight featured EOS in a segment focusing on the speculative nature of the cryptocurrency market. Host John Oliver not only pointed out that the platform had no working product yet, but also that the management displayed a lack of professionalism and focus.