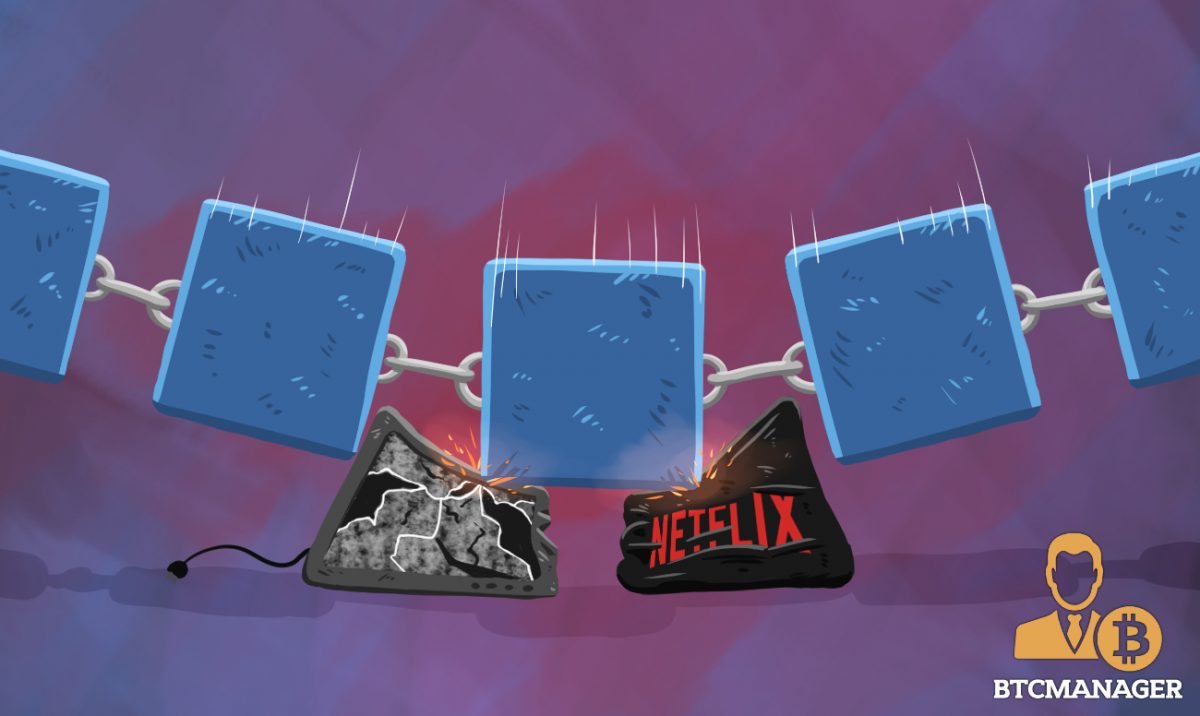 For close to a century now, the entertainment industry has been in the firm grasp of a few major players, including cable networks, large Hollywood studios and film distributors. Even though Netflix has somewhat shaken up the scene by aggregating content from different networks and introducing its own native production, the fact still remains that the company acts as an intermediary.

Like in most other industries, blockchain technology can help eliminate intermediaries and trusted parties from the equation. Effectively, this would mean that creative filmmakers no longer need to rely on Netflix-like platforms and can directly interact with their core audience, for both, revenue as well as distribution.

A blockchain-based system can radicalize the monetary aspect of content distribution. Advertisers that wish to display their brand on these decentralized channels can bid for spots using a cryptocurrency built on the same blockchain. Spectiv VR is one such project that utilizes smart contracts between companies and media personalities for advertising revenue. In turn, consumers can also pay creators a fixed monthly subscription fee using the same digital tokens.

One such economic model has already been demonstrated by Brave Browser’s effort to pay various content creators currently on the internet through a cryptocurrency. The Basic Attention Token allows users to pay creators a fixed fee for the media they consume in lieu of the current advertisement model that YouTube, for instance, employs. While this approach still relies on a pre-existing video distribution platform, it is one of the first ideas to reconcile media consumption with the blockchain model.

Decentralization has already existed in the media industry for quite some time now, albeit in a drastically different sense. Since the beginning of the millenium, technologically savvy users have found ways to exchange everything from music to movies to even television shows between each other without the need to a governing body. Such a system has existed in the form of peer to peer applications, including the infamous Kazaa, Napster and today, torrents. Despite being largely illegal, users of these services have managed to circulate even decades-old content at will.

That is not to say that the peer to peer model will always bear the burden of being associated with piracy. Blockchain technology has the potential to legitimately enable content creators to reach out directly to their target audiences without needing to gain approval from big studios and cable providers. There is still a hierarchy under Netflix, with decision makers deciding on what content to distribute; with a decentralized system, consumers will be offered greater variety. For instance, the community-driven marketplace LBRY bypasses the traditional gatekeepers, with content creators gifted more freedom and allowing them to produce what they want.

A decentralized network is also often touted to be censorship resistant, which is of great advantage to the media industry. Since there is no centralized entity or even server hosting all of the content, almost nobody will have the power to prevent access or even regulate it. In its current state, certain websites on the internet has been restricted by several governments.

Technology has often radicalized the means of media consumption. Netflix, Hulu and Amazon Prime may have managed to dethrone the previous king of content distribution, television networks, but the future may see even these platforms challenged by new players.