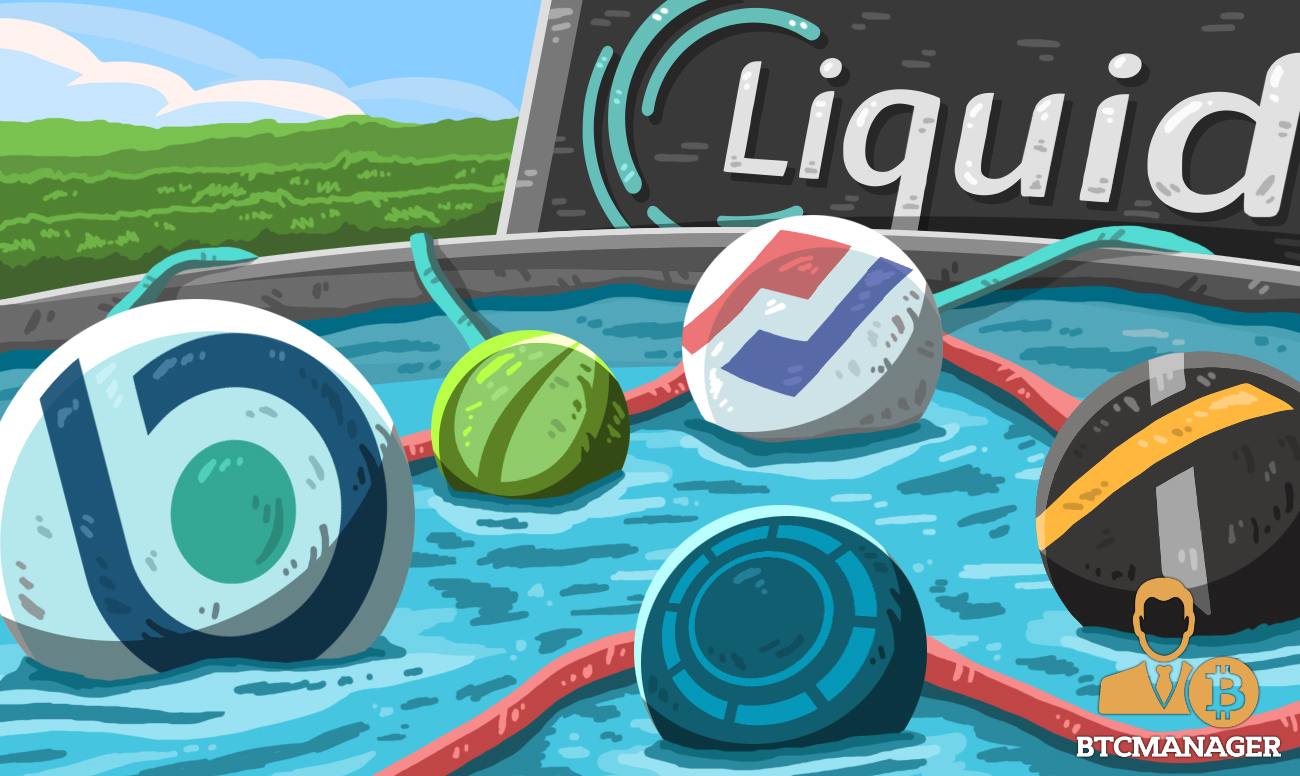 Blockstream has announced the launch of the Liquid Network, the world’s first production Bitcoin sidechain. The bitcoin startup revealed that the network went live on September 27, 2018. The announcement was made by Blockstream’s Chief Strategy Officer Samson Mow.

Years in the Making

The Liquid Network is the culmination of some years work. Blockstream first released a whitepaper called “Enabling Blockchain Innovations with Pegged Sidechains” in 2014. While the initial idea is reported to be the brainchild of Adam Back, the whitepaper was co-written by nine contributors.

Blockstream is one of the driving forces behind ensuring that the Bitcoin network stays in good working order by providing funding for the core client. The company is populated by some leading bitcoin developers such as Luke Dashjr, Mark Friedenbach, Gregory Maxwell, Andrew Miller, Andrew Poelstra, Jorge Timón, Pieter Wuille and is led by Adam Beck. Blockstream develops applications it believes will improve the network.

Adam Back and his colleagues built the sidechain protocol as a response to many of the challenges that are facing the Bitcoin network. However, as is common knowledge within the cryptocurrency community, it is difficult for the stakeholders in the bitcoin community to achieve consensus about how to solve challenges.

The reasons for this are plenty, including fears of affecting the value of the cryptocurrency, exposing the network to vulnerability through new software as well as the somewhat large community and the coordination challenges that arise with finding consensus among a large group of stakeholders.

Sidechains are designed to provide a higher level of flexibility about introducing new features that are interoperable with the Bitcoin network. However, because they exist separately from the actual blockchain, they do not pose any risk to the currency. Blockstream expounds:

“Since sidechains are separate systems, technical and economic innovation is not hindered. Despite bidirectional transferability between Bitcoin and pegged sidechains, they are isolated: in the case of a cryptographic break (or malicious design) in a side chain, the damage is entirely confined to the sidechain itself.”

Additionally, Blockstream proposed the sidechains to have their native cryptographic token that would be tied to bitcoin. Blockstream’s developers refer to these as pegged sidechains.

In conjunction with the whitepaper, Blockstream also released the open-source Elements Project, inviting other developers to use the project to create sidechains of their own. A year later, in 2015, Blockstream announced it was working on its first implementation of the technology described in the publications. The first production sidechain was to be named Liquid.

The announcement, made by Austin Hill, revealed that Blockstream would be partnering with some companies to create the sidechain. These included Bitfinex, BTCC, Kraken, Unocoin, and Xapo.

Blockstream then went on to hold funding rounds for the production of the Liquid Network. In 2016, the company announced it had raised 55 million for the development of its first commercial sidechain. Additionally, Blockstream entered into a strategic partnership with professional services firm PwC with the aim of introducing traditional companies to digital currencies especially bitcoins and the Liquid Network.

While the Liquid Network was set to go live in the first quarter of 2018, delays were leading to its September deployment.

The liquid network is a federated sidechain which allows for a 1-1 exchange of bitcoin without any interchange settlement lag. The sidechain is explicitly designed to operate in the context of trading platforms and exchanges. Blockstream explains:

“The Liquid Network was built specifically to address the particular needs of exchanges and enables the rapid, confidential and secure transfer of funds between participants, providing a solution to the inherent problem of delayed transaction finality on the Bitcoin network.”

The Liquid Network is a secondary layer on top of the main Bitcoin blockchain. It keeps a real-time record of the Bitcoin blockchain for security but supports extended functionality for the transactions that are processed through its network. The Liquid Network has its native cryptographic token, called L-BTC, which is pegged to bitcoin. BTC frozen in the main chain backs L-BTC.

The two-way peg allows the Liquid Network to settle transactions almost immediately. Furthermore, the network extends some of the functionalities of the Bitcoin network by providing support for enhancements. The Liquid Network allows for a form of private transactions, obscuring both the amounts and asset type involved in the payment.

Moreover, the Liquid Network allows for digital asset issuance. The sidechain supports the tokenization of any number of assets, such as fiat currency, gold as well as securities. Using the peg functionality, it is possible to back these assets to bitcoin. Blockstream believes this marks the start of an age where bitcoin will be at the center of digital asset issuance since there are no specialized blockchains or third-party service providers required for the action.

Contrary to the Bitcoin blockchain, the Liquid Network keeps the network secure through a group it refers to as a ‘Strong Federation of trusted functionaries.’ It is designed in this manner to promote fast settlement times as well as reliable final states.

Blocksream concedes that this means that the Liquid Network is not as decentralized as Bitcoin. However, it reiterates that the network remains secure because the servers of the participating exchanges back the Liquid Network. Because the trading platforms are geographically separate, there is reduced risk. Moreover, updates on the network must first be accepted by all participants of the network. Lastly, no single entity can have control of more than one Liquid functionary server.

The Liquid Network generated its first block on September 27, 2018, with support from 23 institutions, including Altonomy, Atlantic Financial, Bitbank, Bitfinex, Bitmax, BitMEX, Bitso, BTCBOX, BTSE, amongst others. These institutions will also serve as the federation keeping the network secure.

If the Liquid Network can deliver on its potential, it will usher in a new age for the bitcoin community. Fast feeless payments yet, tokenized assets and confidential transactions all based on bitcoin would be significant steps forward for the Bitcoin network and its users.