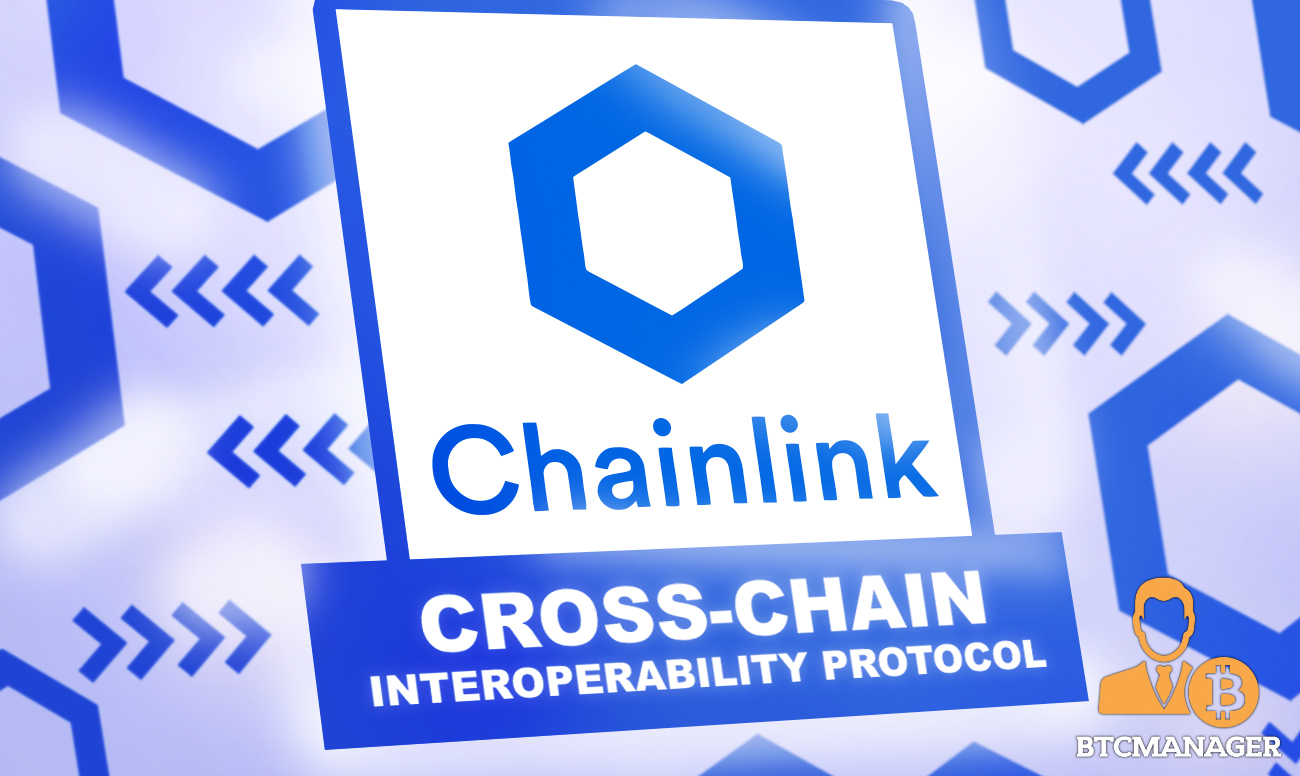 Chainlink (LINK) has announced the launch of a new Cross-Chain Interoperability Protocol (CCIP) designed to facilitate seamless, cost-efficient, and secure messaging and asset transfer between numerous independent blockchains, according to a blog post on August 5, 2021.

In a bid to bridge the gap between blockchains and make it possible for numerous, independent networks to be able to interact with each other and exchange value like never before, Chainlink (LINK) has unveiled the Cross-Chain Interoperability Protocol (CCIP).

As stated in its blog post, CCIP is an open-source standard for cross-chain communication designed to accommodate the growing demand for interoperable blockchain solutions by establishing a universal connection between numerous blockchain networks (private and public).

Notably, the team says CCIP is the result of years of research and development in secure cross-chain technology. The first-of-its-kind Cross-Chain interoperability protocol arms blockchain application developers with a robust, compute-enabled infrastructure that fosters frictionless data transfers, as well as smart contract commands across hundreds of blockchain networks.

Spearheaded by highly reputed world-class researchers, including Ari Juels, Chainlink Labs Chief Scientist, the team has hinted that CCIP will support a vast array of cross-chain services, including the Chainlink Programmable Token Bridge, making it easier for users to move their digital assets across blockchain networks in a secure, scalable and cost-efficient way.

Chainlink claims its growing network of node operators currently secures more than $30 billion worth of assets for smart contract ecosystems via numerous oracle services and work is in progress to usher in more scalability through its Off-Chain Reporting Protocol (OCR 2.0) upgrade.

“CCIP will leverage OCR 2.0 within its protocol stack to scale the number of nodes that sign committee-based reports into the hundreds, leading to increased security of locked funds while maintaining a high degree of cost-efficiency for users. Combining the world’s largest pool of secure node operators with upgraded off-chain computation capabilities, CCIP will achieve both a high degree of tamper resistance and performance.”

At a time when bad actors are getting increasingly sophisticated in their dirty games, Chainlink says CCIP will make use of a new fraud and risk prevention system called the Anti-Fraud Network, to guard itself against hackers.

The Anti-Fraud Network will function as a verification layer and will periodically submit health status reports of CCIP. Once it sniffs a suspicious operation, “an emergency shutdown is automatically triggered to stop a particular cross-chain service,” the team claims.

At press time, the price of Chainlink (LINK) is hovering around $23.43, with a market capitalization of $10.38 billion, according to CoinMarketCap.