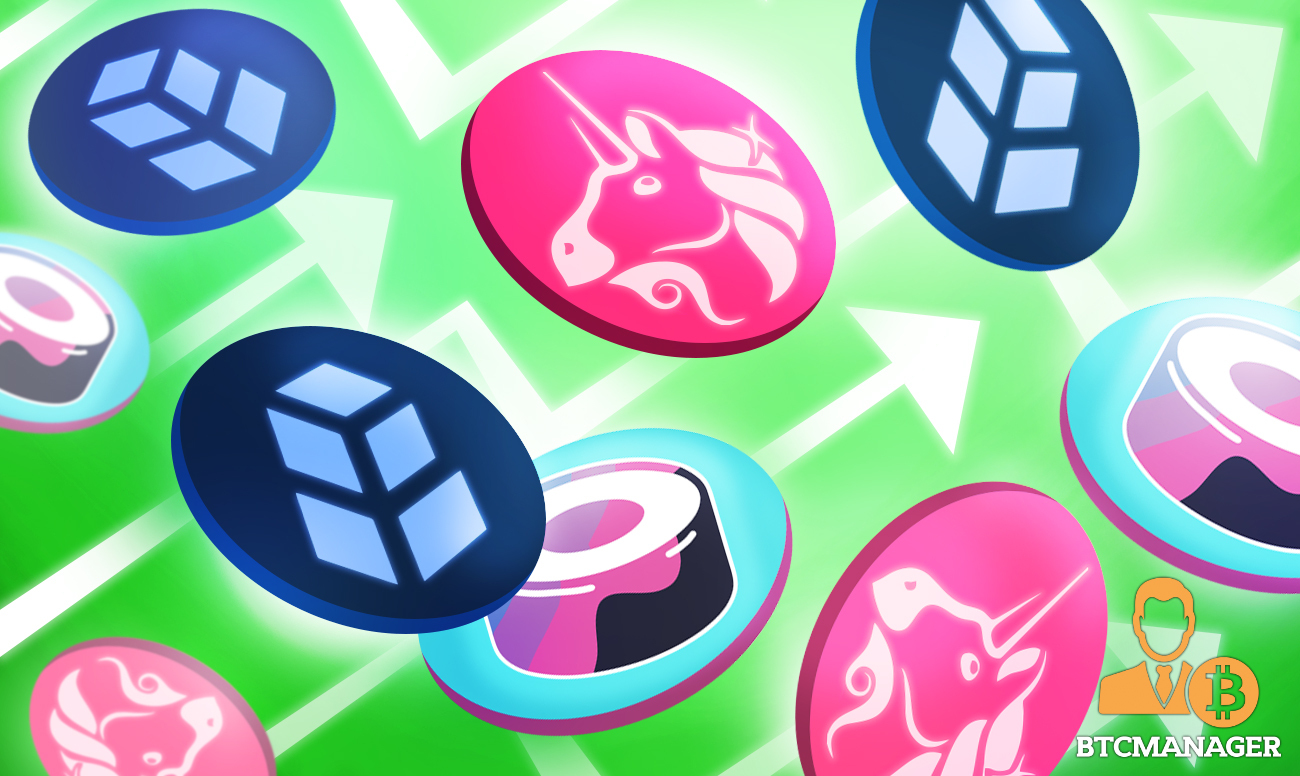 Cryptocurrency investors have turned bullish on Decentralized Exchange (DEX) tokens in the wake of China’s most recent ban on cryptocurrency.

On Friday 27 September, The People’s Bank of China (PBOC) – which exercises regulatory control over one of the world’s largest cryptocurrency markets – declared that all cryptocurrency transactions are “illegal financial activities”, adding that the crypto industry “seriously endangers the safety of people’s assets”.

The news predictably triggered a major ‘panic’ sell-off of Bitcoin, but before long investors had turned their attention to accumulating the native tokens of DEXs in anticipation of a surge in their usage.

This is because unlike centralized exchanges (CEXs), DEXs do not require users to sign up and provide proof of identity in order to conduct transactions. Whereas platforms such as Bitfinex, OKCoin and Huobi are already offline in China, depositing and trading cryptocurrencies on blockchain-based DEXs such as Uniswap, Sushiswap, Bancor and Curve are censorship-resistant, cannot be controlled by a single entity, and continue to operate despite Beijing’s ruling.

It, therefore, seems inevitable that cryptocurrency investors in China will make significant transfers of funds over from CEXs to DEXs as regulations are largely brushed off – investors elsewhere have wasted no time in pre-empting this move by buying up DEX tokens.

At the time of writing, Uniswap’s native token (UNI) is up 32% since Friday, while that of Sushiswap (SUSHI) has risen by 20% since the announcement over the same time period. UNI is now flirting with a breakout from its four-week descending wedge, while BNT – Bancor’s native token – is up nearly 10% and has seen considerable strength since Friday, looking poised for a major breakout.

While Sushiswap is a fork of Uniswap, Bancor v2.1 has a unique offering to liquidity providers (LPs) granting it a distinguished value proposition over other DEXs.

Currently, Bancor’s novel “Safe Staking” technology enables LPs to generate high yield from AMM pools with less financial risk. LPs contribute only one asset and maintain 100% upside exposure, while remaining fully protected from impermanent loss and earning yield from trading fees up to 40% APR. As such, Bancor is now Ethereum’s second-largest DEX on Ethereum as measured by protocol revenue.

Meanwhile, Bancor has revealed plans to launch a new version of the protocol, Bancor V3, in the coming months. While specific features of its V3 have yet to be announced, developers have indicated that the new version will introduce a novel mechanism that maximizes liquidity provider returns and increases trade volume on the network.

With the much-anticipated new release now months away, we could yet see new surges in Bancor’s accumulation and protocol activity.

Other native DEX tokens to keep an eye on in the coming weeks include those of Curve (CRV), a popular place to trade and stake stablecoins; 1inch (1INCH), the main DEX aggregator, and 0x (ZRX).