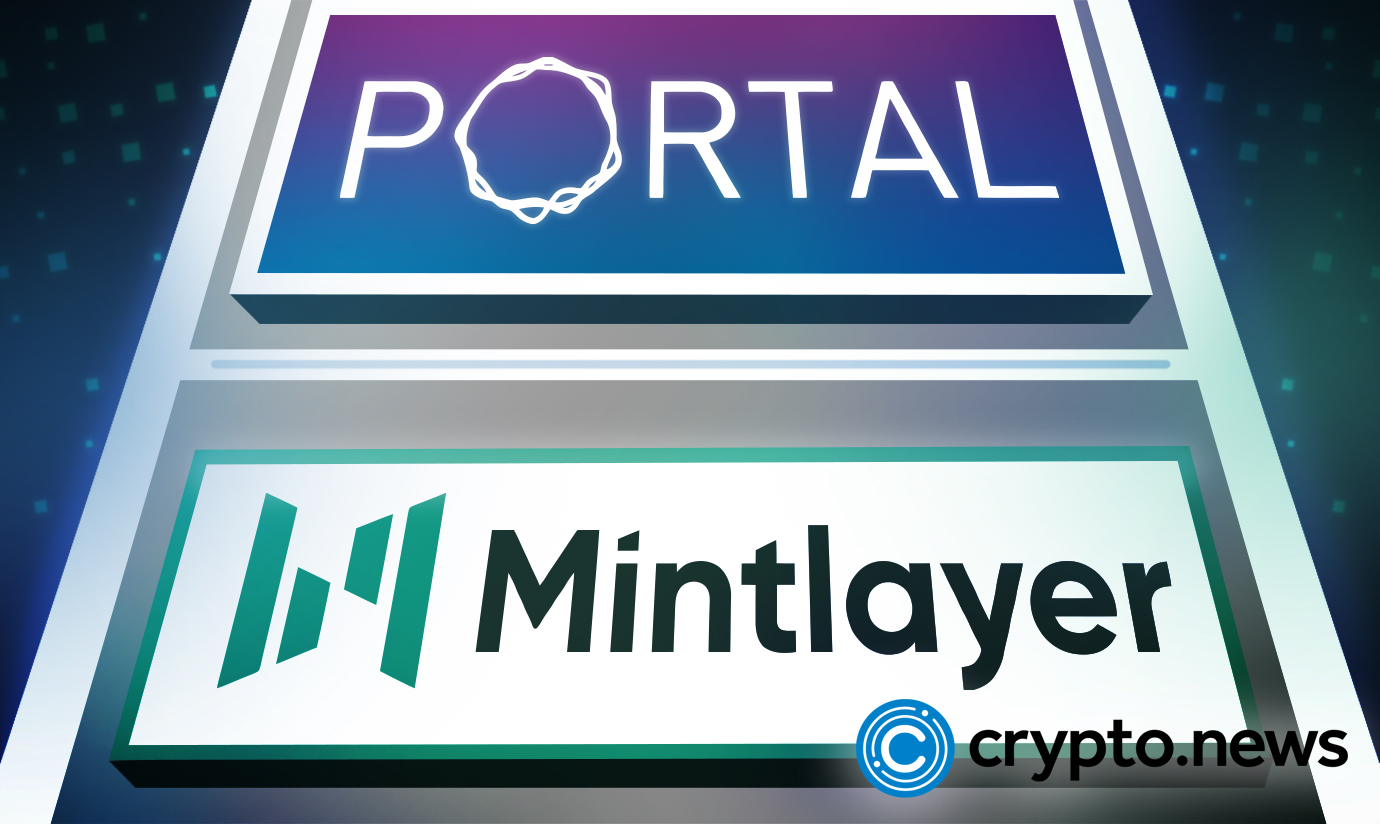 Portal, a self-hosted wallet and cross-chain Layer-2 DEX built on Bitcoin has allied with Mintlayer, a Bitcoin sidechain protocol that aims to bring decentralized financial markets to the masses.

The alliance between the two projects will see the integration of Portal’s uncensorable cross-chain DEX functionality with Mintlayer. In effect, the newly forged alliance will give new impetus to Bitcoin-based decentralized finance (DeFi).

Per sources close to the matter, both Portal and Mintlayer are aiming to make it easier for users to interact with the rapidly developing DeFi ecosystem in a private and secure environment with the lowest possible fees.

Notably, the addition of sidechain assets issued on Mintlayer will help increase the number of available trading pairs for Portal DEX users. Similarly, the alliance with Portal will help Mintlayer by making its digital assets accessible to a larger user base via Portal’s DEX network.

“Portal DEX supports many layers of financial and non-financial applications on Bitcoin. It means that the Bitcoin protocol does not need to be upgraded to achieve any new functionality. This can increase Bitcoin adoption, its security budget, and its usability as the truly global monetary system. Supporting Mintlayer sidechain assets naturally fits into our ecosystem approach to bringing many layers to Bitcoin.”

A Significant Partnership for Both

The partnership between Portal and Mintlayer marks a significant milestone in the growth of DeFi on the Bitcoin network. With an increasing number of sidechains and blockchains becoming more compatible with the Bitcoin network to access its liquidity, capital, and ecosystem, Portal will continue to function as a gateway through which all the activity flows.

“Mintlayer is a tokenization layer built on top of Bitcoin, enabling native swaps with BTC, including using the Lightning Network. Portal’s cross-chain DEX can help make multi-chain implementations more viable, allowing token issuers to take advantage of the unique capabilities of different protocols, including Bitcoin sidechains like Mintlayer, thereby plugging the entire web3 ecosystem to the most decentralized and valuable blockchain, and the world’s hardest money.”

For the uninitiated, Portal DEX is the first censorship-resistant, Layer-2 cross-chain DEX that transfers digital assets between different chains without the use of wrapped assets or bridges. Instead, Portal leverages atomic swaps to offer its users far greater security.