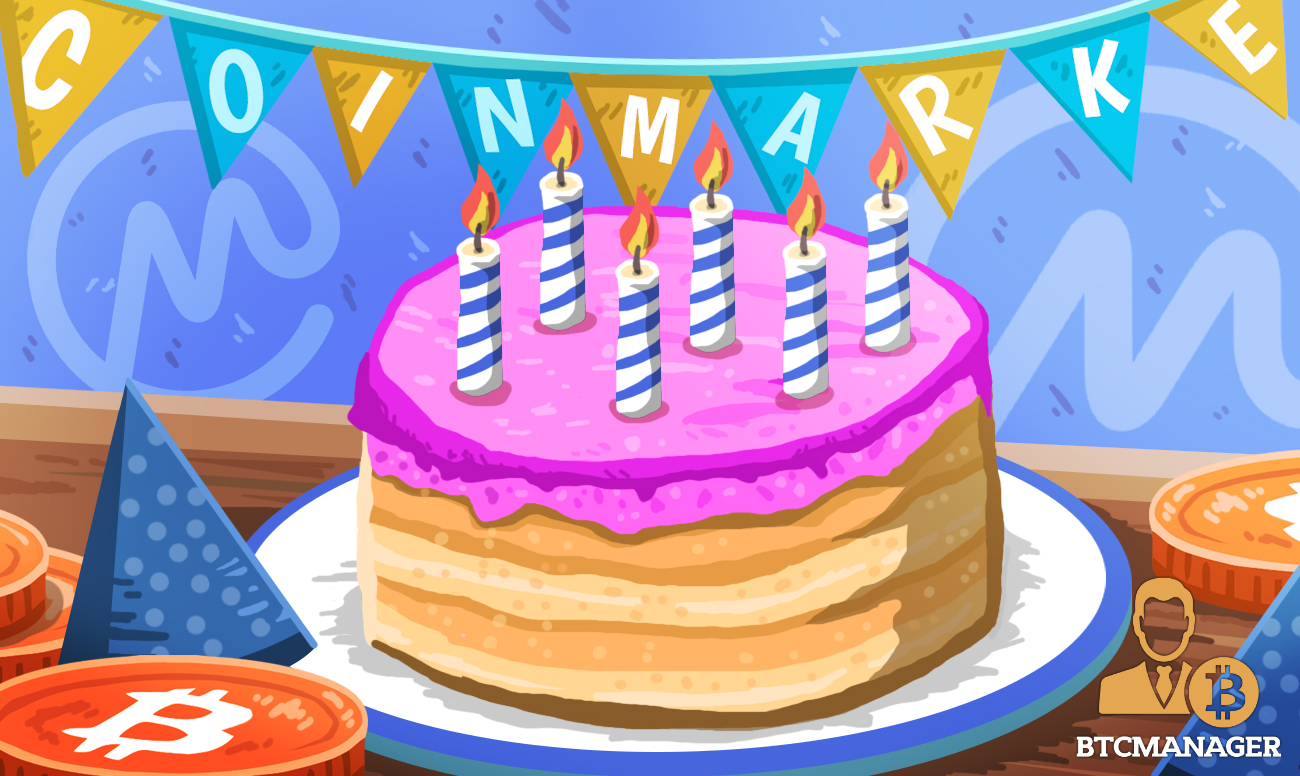 CoinMarketCap, a market capitalization tracker, announced in its sixth Anniversary blog post on May 1, 2019, that it will be removing exchanges from its calculations that fail to provide necessary data.

Established in 2013 by a solo programmer, CoinMarketCap on May 1, 2019, celebrated its sixth anniversary and its pioneering growth.

CoinMarketCap did, however, already announce its plan to launch data transparency features on March 25, 2019.

The blog confirmed the initiation of its new alliance termed the Data Accountability and Transparency Alliance (DATA). It is aimed towards providing “greater transparency, accountability, and disclosure from projects in the crypto space.” This will help users make more informed decisions and also provide a means for projects to differentiate themselves via enhanced disclosures.

The first and second phase of the alliance is strictly directed towards crypto exchanges while the third also includes crypto companies at large. To prevent exclusion from the platform, exchanges have been asked to provide live trading and order book data via CoinMarketCap’s API before June 14, 2019, the starting date of Phase 1.

The second phase will focus on growing the type of data available to facilitate more in-depth analyses. This may include an exchange’s wallet addresses, live market-pair trading status, historical trade data, and similar indicators.

The alliance has already brought in 12 companies under their transparency movement. Those include Binance, Bittrex, OKEx, Huobi, Liquid, UpBit, IDEX, OceanEX, Gate.io, KuCoin, HitBTC and Bitfinex.

Apart from adding transparency through DATA, CoinMarketCap also intends to provide its users with the necessary insights into blockchains through a native block explorer.

A series of other announcements, including the launch of CoinMarketCap shop for CMC merchandise, updates regarding the API pricing, and new version of the CMC app, followed towards the end of the blog.