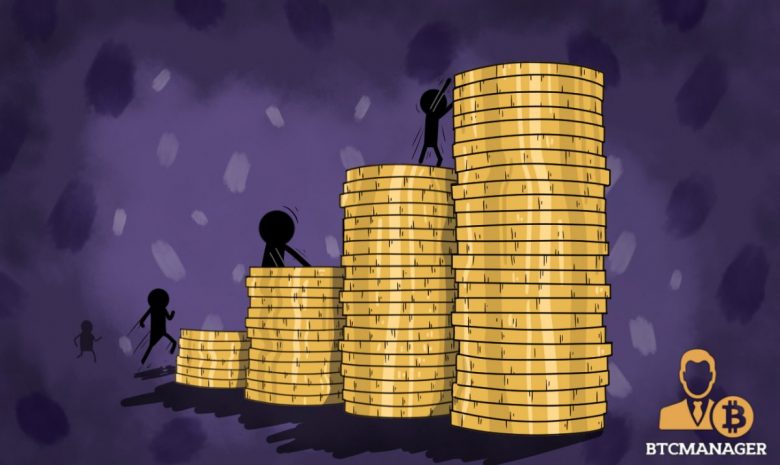 A new report has found that 20 percent of hedge funds launched in 2018 have been geared toward investing in digital currencies and tokens. This acts as a testament to investors’ belief in the future value of digital assets despite this year’s demoralizingly painful bear market.

According to a press release by Crypto Fund List, 90 digital asset hedge funds have been launched in the first three quarters of 2018. This figure is on track to tally 120 by the end of the year, which shows that the interest in digital asset investing is still booming despite current market conditions.

Around 600 hedge funds are expected to have launched in 2018 by year-end, according to Hedge Fund Research, of which one fifth is investing in cryptocurrencies.

“In the midst of 2018’s decline in traditional hedge fund launches, crypto hedge funds are a notable aberration. Cryptocurrency prices have been in a bear market for the better part of the year, and regulatory uncertainty persists in much of the world,” said Joshua Gnaizda, the founder of Crypto Fund Research.

“Yet these seemingly unfavorable market conditions have not deterred managers from launching new crypto hedge funds at a record pace. While we don’t believe the rate of new launches is sustainable longer-term, there are currently few signs of a significant slowdown,” he added.

Interestingly, despite the hedge fund industry being primarily located in the U.S., half of the newly launched crypto funds are based outside the U.S. in countries such as China, Switzerland, Malta, Australia, and the U.K.

Despite the steep growth in crypto hedge funds, which currently stand at over 300, digital asset-focused hedge funds only comprise around 3 percent of the over 9,000 hedge funds presently active in the market, according to Crypto Fund Research. Their around four billion dollars of cryptographic assets under management are a rather meager number compared to the three trillion dollars of assets that the global hedge fund industry manages.

Nonetheless, the crypto hedge fund space is growing and has become a highly interesting development to follow.

The first cryptocurrency fund dates back to 2013 when Pantera Capital launched its Bitcoin Fund, but it was not until 2017 that crypto fund sector started to boom.

During the 2017 bull market when the price of bitcoin rallied from $1,000 to over $20,000 within the twelve month period crypto funds started to pop up left, right and center to capitalize on the crypto gold rush.

In 2017, 198 crypto funds were launched which is four times as many as in the prior year when “only” 45 new digital currency funds were recorded. These figures include both crypto hedge funds and venture capital funds that invest in early-stage blockchain startups.

There are currently over 620 funds that invest in cryptographic assets and blockchain startups. Many of these funds are smaller hedge funds with assets under management of less than $25 million, who were launched by experienced crypto traders who made a small fortune investing early but there are also large investment managers at play with several hundred million dollars of digital assets under management.

Index-tracking refers to tracking a basket of the leading digital currencies – usually measured by market capitalization – to gain broad exposure to the most valuable assets at a low-cost. This strategy comes from the equity markets where passive index tracker funds tend to outperform actively-managed funds and come with substantially lower management fees than their active counterparts.

Investing in a basket of tokens is an active management approach where fund managers seek to exploit investment opportunities by picking winners among the hundred digital assets out there.

Active trading – especially in combination with algorithmic trade execution –  is also a popular trading approach among crypto funds. Active trading involves entering and existing positions on a daily basis to capitalize on small price movements on a regular basis. Through the use of trading algorithms, this process can be automated to increase the fund’s profits potentially.

Finally, the combination of investing in blockchain startups through traditional means combined with token investing is another common approach by crypto funds. Several of the largest blockchain investors such as Digital Currency Group and Pantera Capital apply this strategy and have been highly successful with it.

How Would a Prolonged Bear Market Affect Crypto Funds?

Despite the inflow of new hedge fund money into cryptocurrencies in 2018, asset prices – especially in the altcoin market – have struggled to rebound. The price of bitcoin has dropped by around 50 percent while the altcoin market is down by 70 to 90 percent year-to-date.

If the 2018 bear market continuous into 2019, it will be interesting to see how many of the smaller crypto hedge funds will survive or whether their assets under management will dwindle into nothingness as the crypto euphoria subsides.