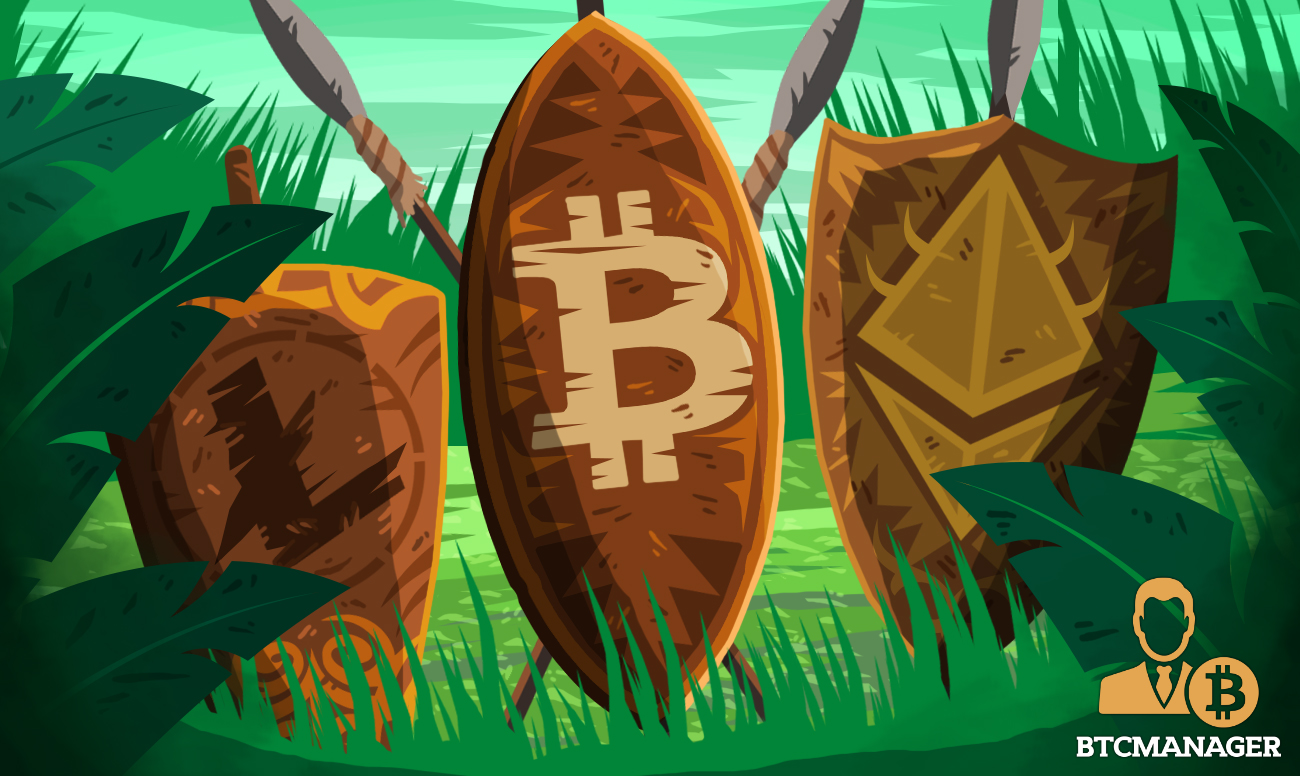 Over the past few years, several factions have developed in the global cryptocurrency community who “battle” each other on social media platforms such as Twitter and Reddit to determine supremacy of their favored project(s).

Rarely a day goes by where someone in the community is not having “Twitter beef” with someone, and this trend is unlikely to stop anytime soon given the amount of money that is involved in this industry.

The tribes we consider ourselves to be part of can play a significant role in forming our worldviews, our political and social beliefs, how we conduct ourselves, and with whom we choose to align ourselves. In today’s society, tribalism can be found in politics, social issues, and local sports rivalries, for example.

There will be lashing out, in droves. This area loves to eat its own, especially during downturns. Expect people to be picked on for no reason and attacked viciously.

While tribalism is a natural phenomenon in humans, it can also be a driver of conflict as the “us versus them” mentality is an unfortunate byproduct of tribalism. Given the amount of money found in the cryptocurrency industry combined with the study of mass psychology, it should come as no surprise that crypto tribalism is on the rise.

As Decentraland’s Product Lead, Tony Sheng, points out in a blog post, the cryptocurrency community can be extremely toxic.

Voicing your opinion about a specific blockchain project – whether positive or negative – is usually met with angry comments, sarcastic one-liners, or even personal attacks. This behavior on “Crypto Twitter” had led to the tribalism that has developed in the cryptocurrency community over the years.

Sheng highlights the three key behaviors that members of “crypto tribes” exhibit: irrational certitude in their beliefs, antagonism towards other tribes, and the frequent switching of tribes.

This behavior, as Sheng points out, can be found in the current bear market environment, for example, where bitcoin maximalists will regularly point out how much “inferior” coins and tokens have compared in comparison to “their” coin.

However, crypto tribalism also shows itself in other forms. On a regular basis, developers call out each other’s projects’ limitations and errors in an attempt to expose the inferiority of “opposing” projects.

The monetary aspect of one’s project being considered more valuable than the next is evident. However, it goes beyond that. Those involved at the helm of a cryptocurrency project also regularly have their identities and egos tied to the success of their projects. While this is somewhat understandable, it does not help to push the cryptocurrency community forward.

“Cryptocurrencies create strong tribalism. Once you own a currency, your incentives are to make that currency go up in value. Crypto tribalism can be seen on Reddit every day. Subreddits generate and report news that support their holdings. Crypto tribalism plays out in two common ways: 1) people promoting their own currency and 2) people discrediting other currencies.”

“People promoting their own currency is evidenced by the imbalance of positive to negative news about a currency on its own subreddit. People discrediting other currencies is evidenced by /r/bitcoin trashing Ethereum because it is seen as a [threat],” he added.

“Gains from going all in on one currency are outweighed by losses from sacrificing an open mind and missing the next. At this stage of crypto, it’s unclear that one currency gaining value causes another to lose value. So tribalism is largely wasted energy. It’s likely different blockchains are best at doing different things in the long run. So best to keep an open mind so you can experience the best the blockchain multiverse has to offer!” he concluded.

A Crypto Tribalism Use Case: Bitcoin versus Bitcoin Cash

While it is evident that both sides in this “civil war” have their own specific financially-motivated incentives and that both sides are far from perfect, the Bitcoin versus Bitcoin Cash saga has birthed a new intensity of crypto tribalism.

Harsh accusations, public defamation, and crude insults are an almost daily occurrence for the individuals at the forefront of the Bitcoin versus Bitcoin Cash “civil war.”

While those deeply involved in this “war” may consider this to be a necessary evil, the reality is that this sort of crypto tribalism is causing rifts on the broader cryptocurrency community. This type of infighting is diverting the community’s energy towards fighting other tribes within crypto as opposed to redirecting energy towards creating innovations that can help to shape the decentralized digital economy of the future.

Cryptocurrencies are not a zero-sum game. Bitcoin Cash does not need to die for Bitcoin to succeed and vice versa. Ethereum does not need to become the world’s sole “supercomputer” for the project to be considered a success. There can be more than one successful anonymous digital currency and there definitely does not need to be “one coin to rule them all.”

In all likelihood, there will be a range of digital currencies and cryptographic assets with different features in the future. While many of the existing cryptocurrencies (and especially ICO tokens) will wither away into nothingness, the market is big enough for hundreds of cryptocurrency and blockchain projects to succeed.